Where is Oulu Impijats/Impitaja/Impijas Finland?

My great grandmother arrived in Quebec on 5 Jul 1907 from Finland.

The ships card showed that she was from Oulu Impijas Finland.

Does anyone know what parish to look for her baptism record in?

I got this record from the Family Search site under Vermont, St. Albans Canadian Border Crossings, 1895-1954

In the same set of records, is the ships records, and it also shows Oulu, Impijas, Finland 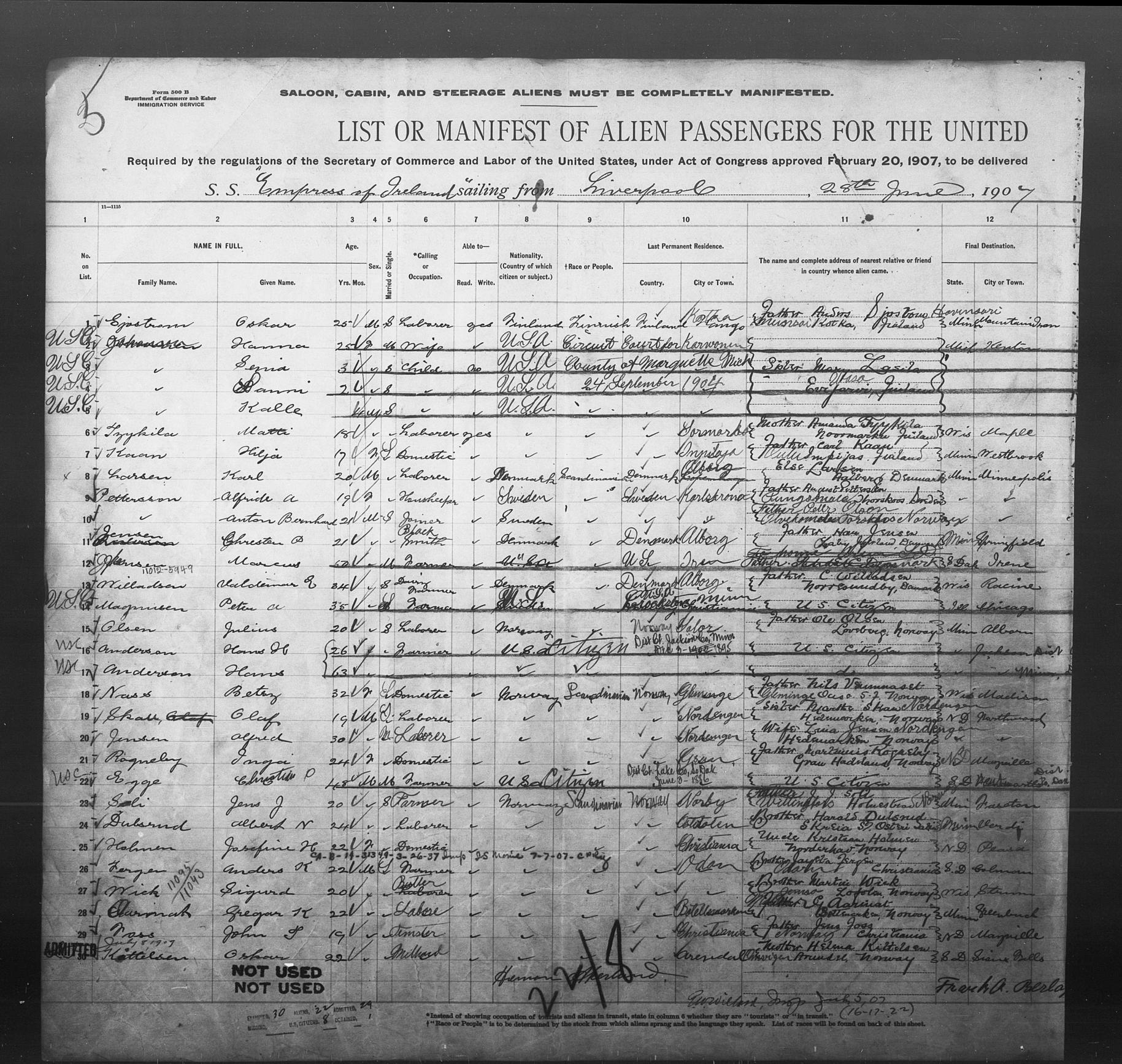 I have looked but not yet found her sister, Anna Niemi.

The place is Ii - one of the shortest place names in Finland! Therefore it was often expressed more clearly as "Iin pitäjä(s)" which means roughly "Ii's parish" or "Ii's socken" (see e.g. https://en.wikipedia.org/wiki/Socken).

It is easy to imagine that "Iin pitäjä" would transform to "Inpitaja" or Impitaja". The other forms "Impijas" etc. seem to be shortened from that.

The baptism and other records for Ii are available at the FFHA (Finland's Family History Association) site http://www.sukuhistoria.fi/sshy/index_eng.htm freely up to 1887, the later records (post 1887) required paid subscription. Note that Familysearch.org has records only up to about 1860.

The city of Oulu Finland is located in Northern Finland within the region of Northern Ostrobothnia, Finland. 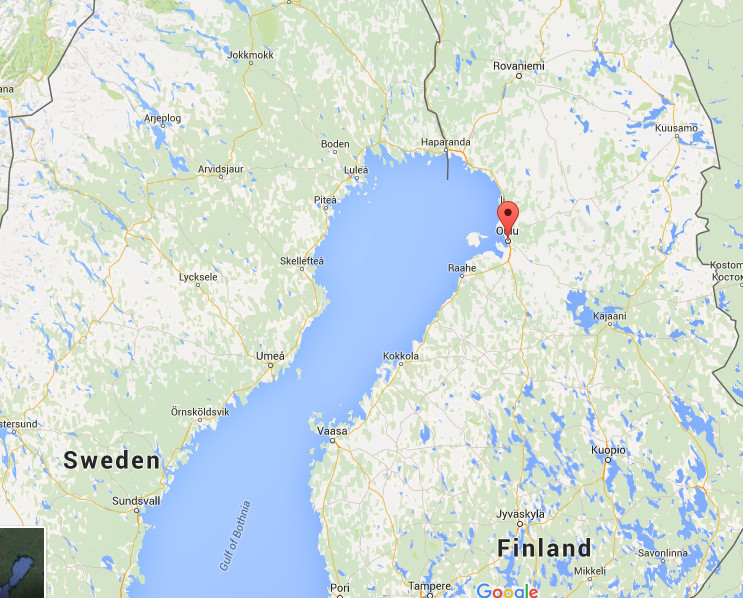 I searched modern names of the different areas looking for "Impijats" "Impitaja", "Impijas" or something similar in different areas of the city, lakes, rivers and was not able to locate it browsing Google Maps of the city itself or the surrounding communities. I did note that most locations in the central city are prefaced with "Oulu" so that may help or it may just be a coincidence.

I did not see anything closely related to in the list of Parishes listed on FamilySearch for Oulu, Finland. The wikipedia page for the city also has some churches listed on it but none match the name or seem close to the hand writing.

The place is also not listed in the Parish maps of Finland on RootsWeb.

Nor reviewing the list of all modern street names of the city using GeoPostCodes.com but that is a place you could further look for further variations / pronunciation of Impijas or the name behind Oulu.

There is a possibility that the word behind the location of Oulu is not a location but an accompanying descriptor as well; but I do not know Finnish.

Not the answer you're looking for? Browse other questions tagged 1900s-decade finland or ask your own question.

10
Where was Eiszuk, Russia?
3
Where would I find a copy of a US patent from 1905?
2
Researching background on life in Finland before immigrating to Canada?
3
Where is town Mieljkow in early 20th century Russia?
3
Where to find Scottish birth records from 1905?
0
Interpreting where Informant was when 1908 Death on NSW Certificate occurred?
3
Where are the Nov 1908 to May 1909 Islington Workhouse, Highgate Hill Infirmary records online?
5
Meaning of "kitumat" for cause of death in Finland death record
1
Birth Record for Anders Johansson Kålander (Finland)