Julia/Juliet/Juliette D. (Strong) Wilder is known to be the daughter of James A. and Eleanor (Denton) Strong: Michigan census records show James (1850, 1860) and Eleanor Strong (1850) living with Julia/Juliette Welder/Walter and her husband, whose name appears with hers in census records as A. A. Welder (1850), E Weilter (1860), Arebus Wilder (1870), and Arelas Wilder (1880). I also have a 1925 entry from "The Boston Transcript" reading: "James Strong died in Detroit, Mich., at the age of ninety-nine, at the home of his daughter, Juliette Wilder, about 1865." 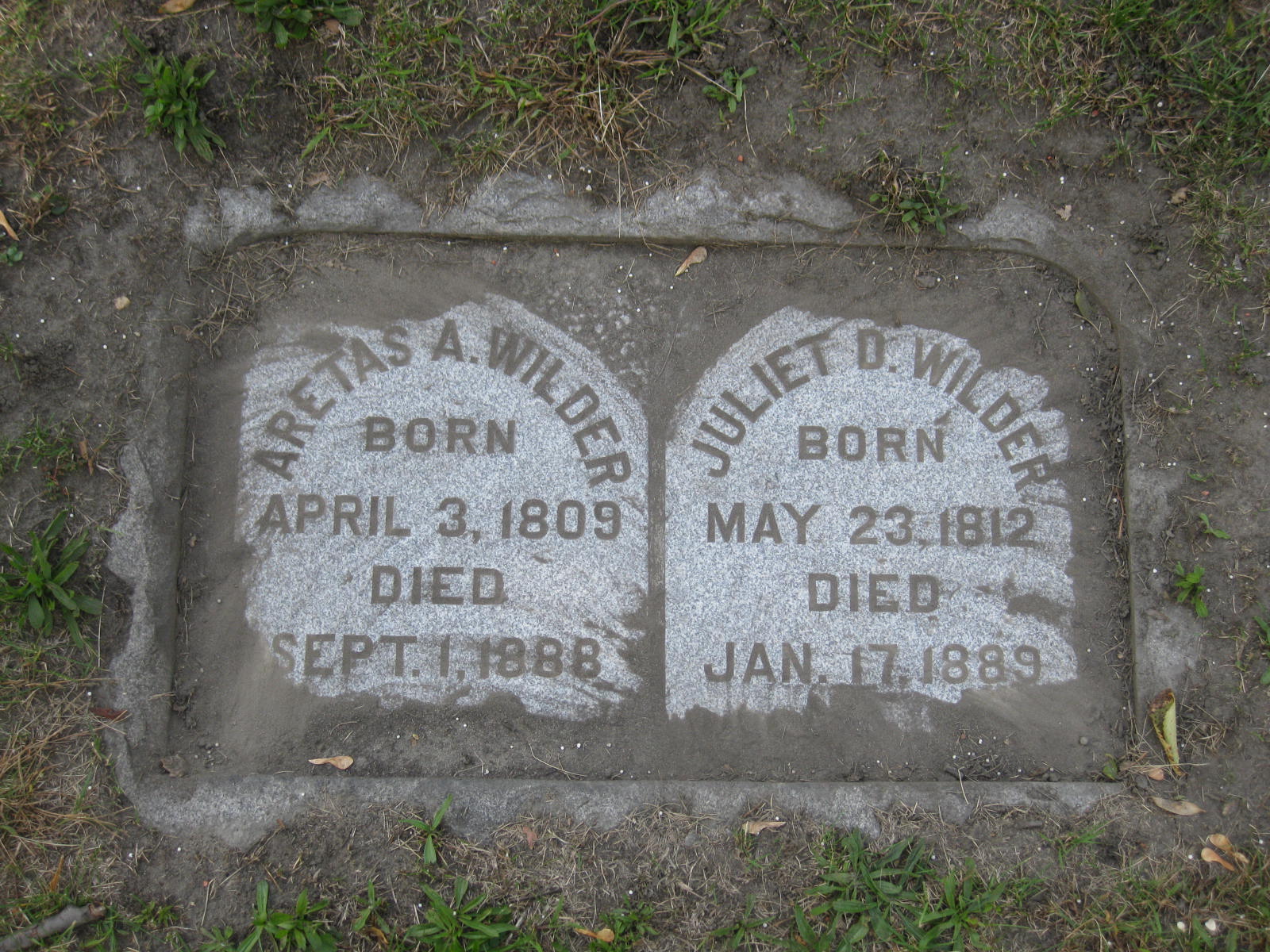 How can these discrepancies be resolved? Were there two different Julia/Juliet/Juliette Wilders who died in 1888-1889 in Detroit (only one of whom is found in search), or is the date in the official record incorrect?

I presume the FS entry to be an error. It is a return of deaths ending in Dec 1888, but was not created until April 20th 1889. So the newspaper (and probably the tombstone) are the earlier records.

Also, the entries are not in alpha or chronological order, and the husband #629 is listed with (and before) the wife #630. I wonder if this set of 1888 records were simply copied from cemetery records in 1889?

Not the answer you're looking for? Browse other questions tagged united-states 19th-century death-records grave-marker michigan or ask your own question.

15
Finding Utah ancestor's parents after exhausting BMD records, census and newspapers?
10
Where can I search for elusive vital records (birth, names of parents, death) for my great grandmother, Celina Drollet?
5
How did US census takers record household information?
3
Who were the parents of the Anna who married Elisha Strong?
7
Finding birth parents in Utah 1865
4
How to locate 1860 United States census pages by address?
6
Finding more information about Rhode Island grave stone bearing date range 1897-1923?
5
Narrowing down date of immigration from England to USA?