What year does this toy tricycle appear to be? 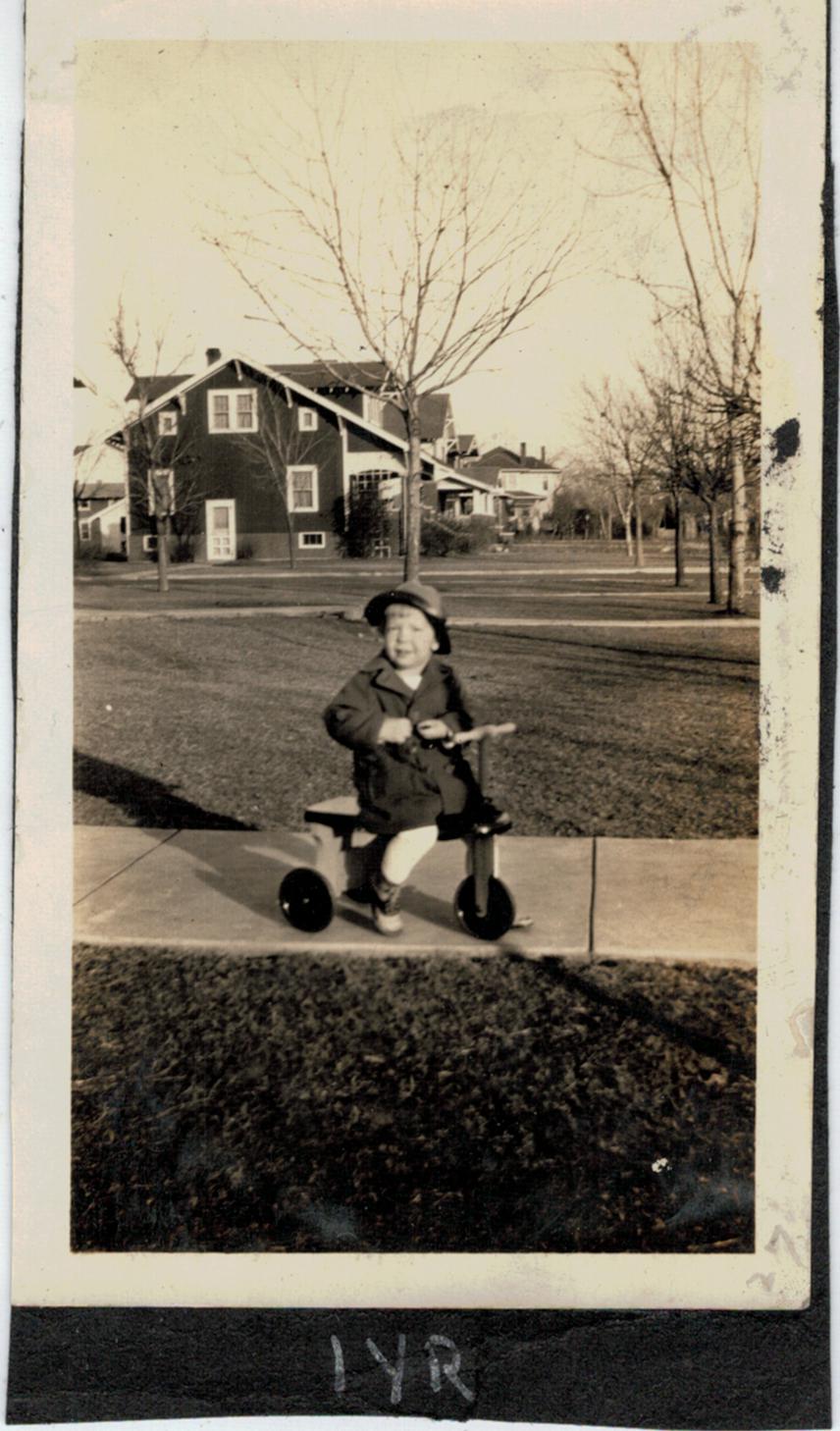 Given all these clues, what year and place does the picture appear to be taken in?

I had a quick look for the tricycle. I found a few similar ones on ebay and such, without any firm date information. The most useful example appears to be this auction for an "Antique Vintage Wooden Kiddie Kart Child's Bike trike Riding Toy Tricycle", which states:

The age range isn't terribly helpful, and the design could certainly be older still. The manufacturer/model might be worth following up. There seem to be quite a few different Kiddie Kar(t) tricycle designs though.

Edit 2: There's a Flickr page by "Okinawa Soba (Rob)" showing an advert for the Kiddie-Kar and some history of the H.C. White company.

After more than a decade of tremendous success, the company failed in the Great Depression

So this tricycle, was made between roughly 1918 and 1930. They were hugely popular and some could easily have lasted many years. So if the one in your photo is a Kiddie Kar, it can't be earlier than 1918 but it could be much later.

I checked the street addresses using google maps and based on sidewalk designs it seems to resemble the North Main Street address in Hutchinson Kansas the most. I hope this helps Is there any markings on the back of the photo?

Not the answer you're looking for? Browse other questions tagged united-states 20th-century photo-identification images photo-dating or ask your own question.

4
What public pool is this in Kansas?

14
Locating New England telegraph man (Lemuel Keyser Preston) ca1850?
12
What is written on the back of this photo?
6
What year is this photo likely taken?
1
What does this handwriting say for location of final destination?
3
What date is this colored portrait likely made?
4
What is the date and rank of this photo of a British soldier?
2
What uniform is this?
1
What does un mean in the column for immigration year on the 1920 US census?