Is anyone aware of a quick reference or list of injuries / cause of death for world-war-1 German Casualty lists, such as in the following example.

This doesn't appear to be just a death list, but any injury from translating a few but also seems to be broad.

I do not read or speak German, and Google Translate for like 'gefallen' says 'like' which doesn't make sense and also the 'bermenbet' I tried doesn't translate.. it could at least partially be my reading of German but would think it would be expedite my readings of these with a key. 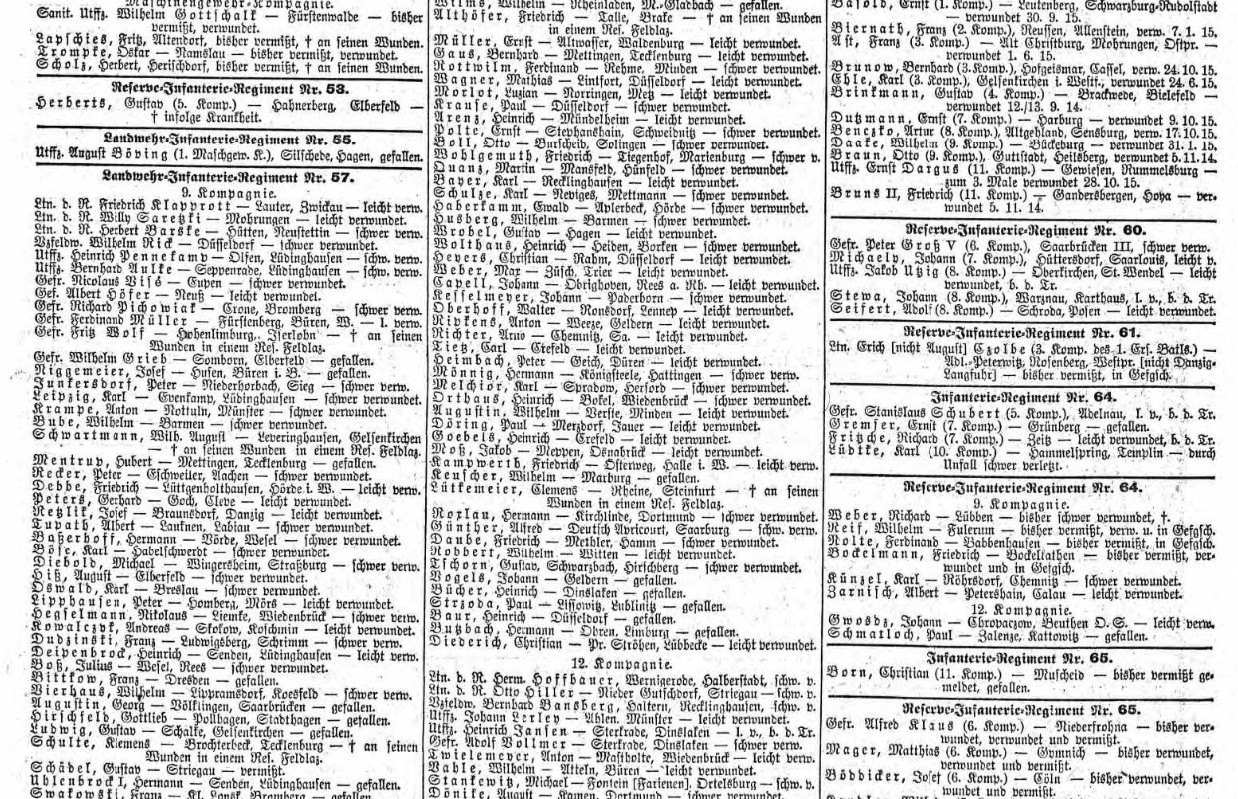 I also looked at the very broad WWI and WWII German Soldier question and didn't see something jumping out in the links there as well as some other website's including Family Search's German Military Record page.

Is there a key to the casualty lists and more specifically the injuries / deaths associated with them?

Casualties in the Verlustlisten include the following keys and abbreviations:

19
Finding information on German soldiers from World War I and World War II?
7
What are these abbreviations in a Verlustliste (zurueckgeh, krgef, A)?

8
Source for Russian Army records for the WWI period
8
Military draft in the Imperial German Army: What was the minimum age for being a "Gefreiter" in a reserve unit during WWI?
6
German POW Camp records for WWI
5
Finding alternate indexes or record sets for passenger lists / ship manifests from Germany?
5
Verifying that Josef Berg died as shown in WWI German military record and finding his grave?
5
Researching German relative in WWI
6
Clarification of Dates listed in the Verlustlisten - WWI German Casualties Lists 1918