Updating Surname Chart of Male-Line descendants in form of tree?

I have an old Family Tree or Chart that dates back many centuries. It is a Surname Chart of Male-Line descendants in the form of a tree. It flows from the bottom upward and the trunk of the tree is the eldest Son of the eldest Son and so on. The branches are the remaining siblings which branch off to their siblings and so on.

What type of tree is this and where do I find information on the proper protocol?

It was completed back in 1930 and I would like to update it. 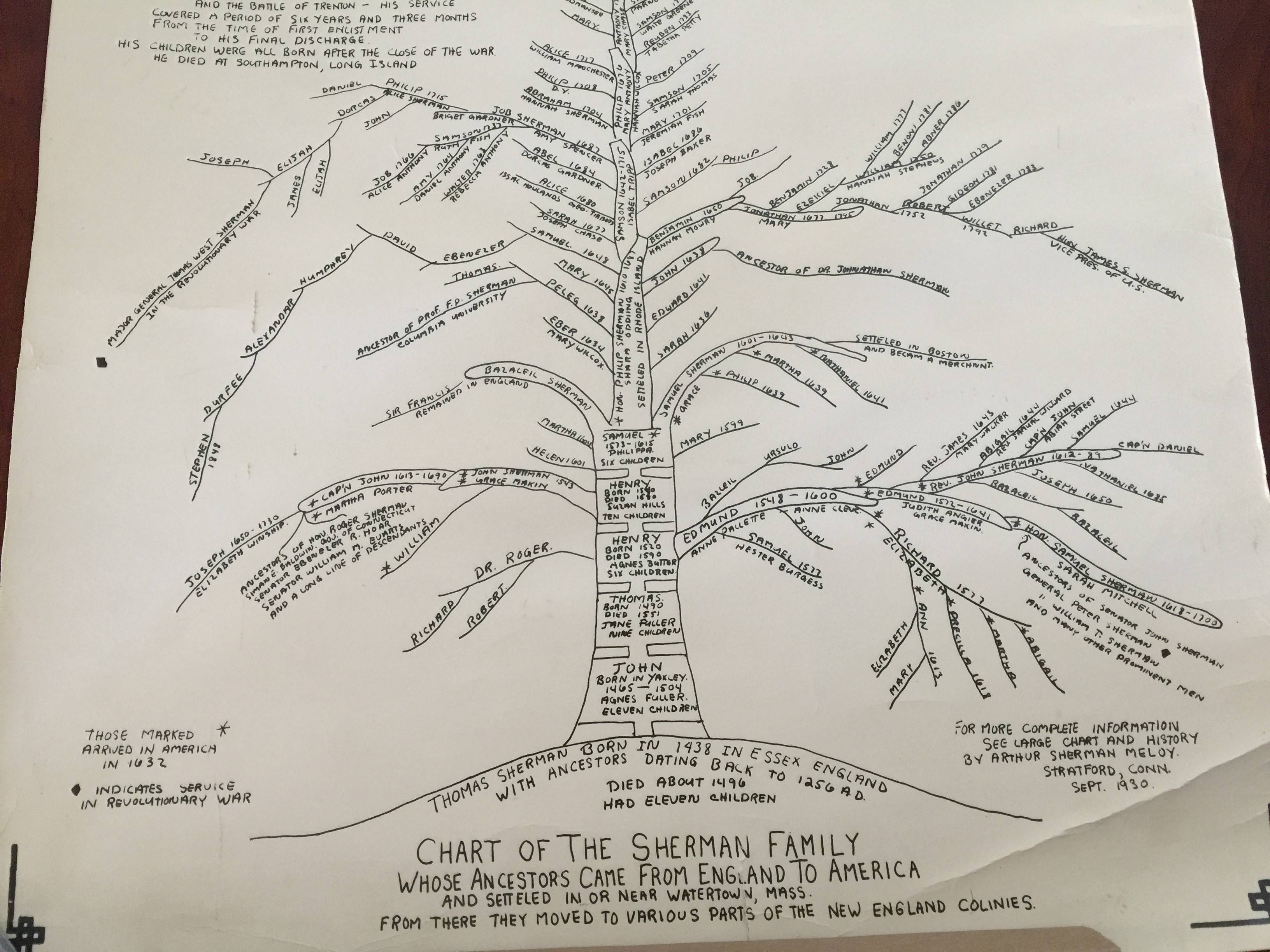 Thank You Christia for your answer on my question. When I saw an email come through from Stack Exchange, I had no idea what it was. After reading it, I realized that it was an answer to my question posted over a year ago. I had forgotten about it completely.

Based on what you are saying, I believe my Great Aunt Daisy (1878) might have hired Mr. Meloy, or another artist, to draw up this tree the way she wanted it. I believe she might have had it done as a gift for her Brother, my Grandfather, Frederick George Sherman (1896). Their Father, George Sherman (1852) as well as my Grandfather are on the trunk of this tree. My Father, Russell Lester Sherman (1918) being the oldest of four, is on the truck as well. My Brother, Alan Wilber Sherman (1942) is the oldest of five and is also on the trunk. This is where the trunk stops. I, William T Sherman (1955) am the youngest of five and a branch off my Dadâ€™s trunk. Two of my Brother Alanâ€™s three Children are branches off his trunk and thatâ€™s where it stops. My Brother Alan had one Son, William Asa Sherman (1964) and two Daughters. William has been married and has Children, but no Sons. Next in line would be my Brother, Curtis Martin Sherman (1949), who had no Children. I would be next in line and had a Son, Jeffrey T Sherman (1980) who has a Son Preston T Sherman (2004).

So my question is, is it the correct protocol to place myself on the trunk, My Son on the trunk and his Son on the trunk? Or is there no correct protocol for this type of work and simply just the interpretation of an artist, in which case I can present it whichever way I please? I do have a location for the original Arthur Sherman Meloy work located at the New York Public Library and plan on getting copies or pictures of it in the near future.

Thank You for your time and knowledge on this subject.

A tree like this is likely to be a creative and original interpretation of the artist and researcher. The artist/researcher was trying to paint a beautiful picture of the direct line, starting from themselves, which wouldn't include many of the siblings and aunts and uncles, and going up the Sherman line, including direct father and only noteworthy siblings that have perhaps went off and created different interesting or important branches. This tree serves to help Sherman descendants quickly identify a branch they may belong to based on a well known or affluent relative and see how they connect into the descendants of Patriarch at the bottom.

I'm very familiar with this particular Sherman family from my personal research and can tell you that that's very likely what the author is doing here.

This is reinforced by the footnote that the more complete (and traditional) tree can be seen by looking up the rest of the work by Arthur Sherman Meloy of CT. Arthur was an author and drew many similar charts, not just for his own genealogical research but also for other histories as well. His charts are registered with the Library of Congress.

To continue, find the common ancestor, make a photo copy of it, and create a branch with your father's father, your father and you (or if you want to get creative and it's not a paternal line, the mothers...) or try to find the more complete, traditional tree and continue it on that way.

Not the answer you're looking for? Browse other questions tagged surnames family-tree or ask your own question.

10
How do I read this descendants tree?
5
The identity of Priscilla Kimball Preston. Can you help track down an old extracted record and help solve a 17th century mystery?
5
Jacob Fisher and Sarah Hodges (married in 1773 in Sharon, MA) - who were their childen?
4
Standard notation/symbols to denote male and female entries in a family tree
7
What records document how African Americans received their Surname in early New York state?
1
How to interpret hand written will that refers to children and possibly in-laws?
5
What was surname of Susan/Susanna, wife of Edward McDowell, from Devon area in abt 1800?
0
Irvine Laird of Drum surname question
0
Working on pre-16th century German genealogy