What date is this colored portrait likely made?

I have a relatively large framed picture of a married couple: 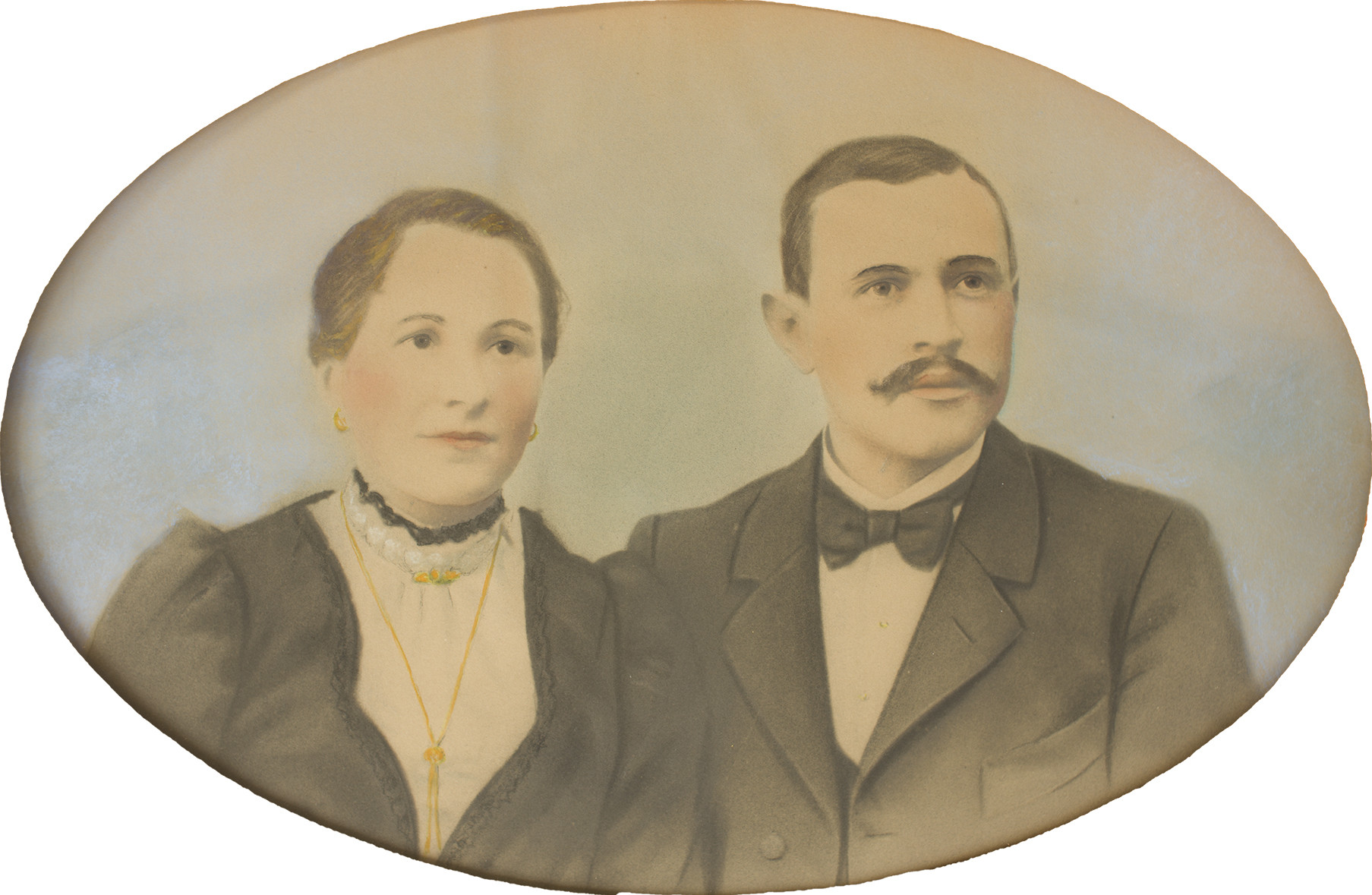 It appears to be a black and white photo that has been colored by hand or maybe it is all hand drawn with mixed media. It almost looks like pastels on the blue background. Given their dress and the style, what is the likely date of this portrait? I'm thinking it is likely in the 1900s or 1910s. The portrait is framed with an orange velvet around the oval of the portrait, the oval measures 18 inches across and 12 inches tall. A full resolution version can be seen here. The purported male in the photo was married in 1889 and died in 1913, but perhaps it is his wife's second husband.

Note that while this is a digital image, it faithfully represents the underlying work. The digital editing just removed the orange velvet background surrounding the opening oval revealing the image.

It looks to be a colored pencil drawing based on a photograph. I have a couple similar examples of my ancestors in Germany. Here the subjects were born about 1830, married 1861, and both died in 1897. 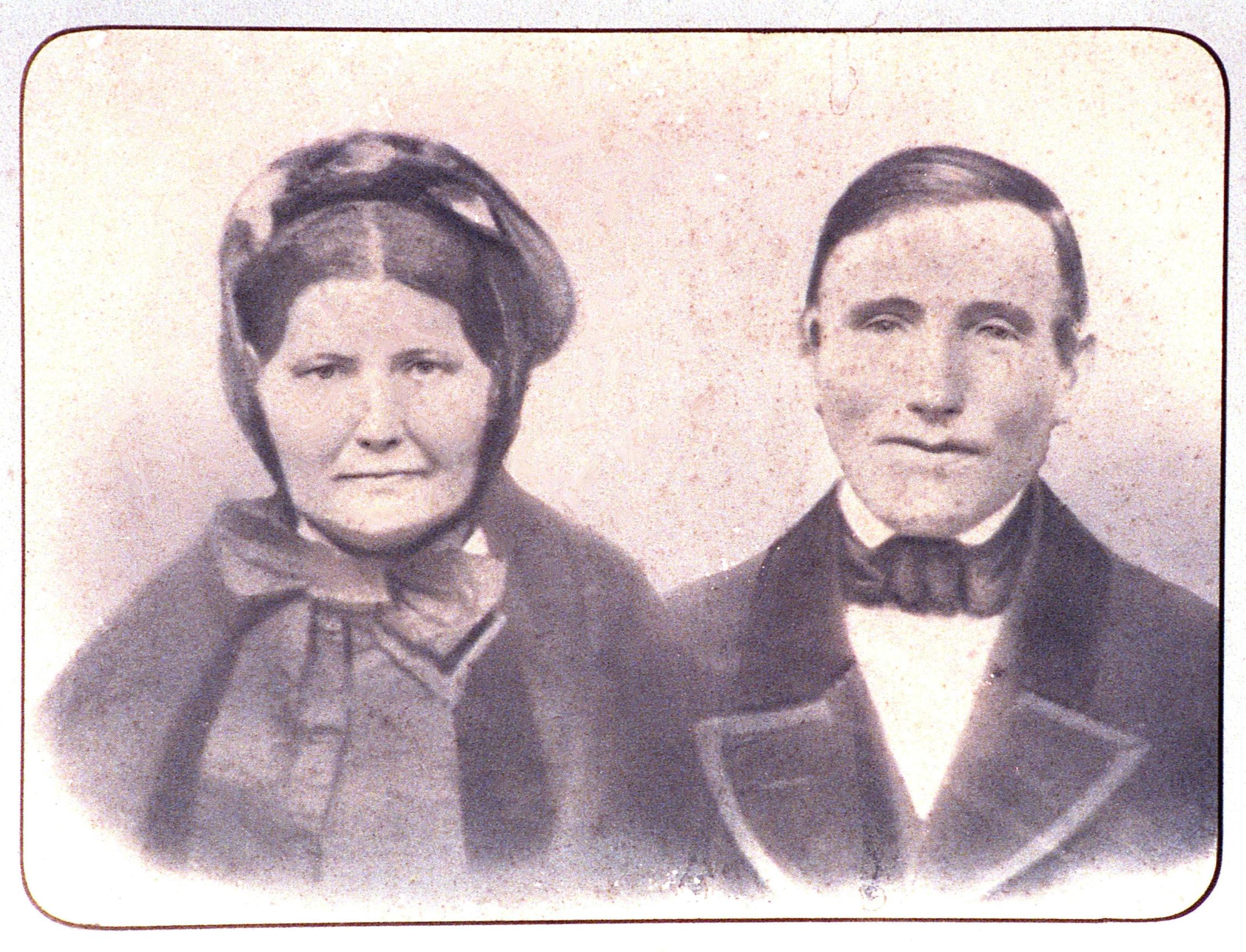 It was based off of this photo taken around the time of their 20th wedding anniversary in 1881. 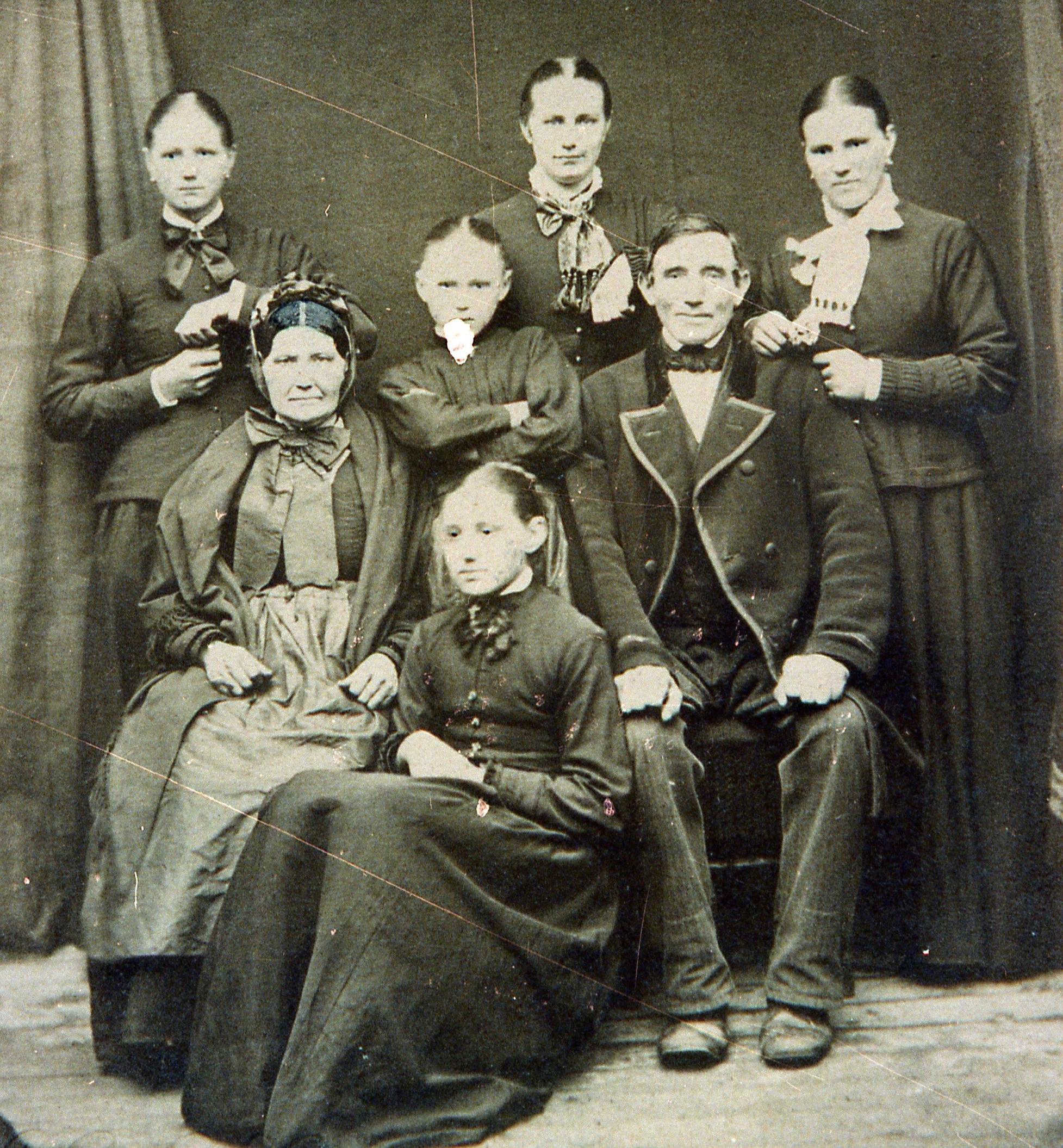 The dress style in your drawing looks to be between 1895-1900, based on the woman's puffy sleeves. But as for when this colorized copy was actually created, you may have better luck trying to date the original frame. I think these types of drawings went out of style before 1920, as by then photographers could reproduce large paper photos and colorize them cheaper than the sketch artists.

Not the answer you're looking for? Browse other questions tagged 1900s-decade 1910s photo-dating or ask your own question.

8
What is a plausible explanation for this inconsistency?
8
Help determine date of photo from Tuscaloosa
10
Dating this photograph of a younger Emma (Vig) Froiland
5
What year does this toy tricycle appear to be?
4
Can you date this photograph of my grandmother Elsie Lillian Hall Kerby?
5
What is the date and rank of this photo of a British soldier?
2
What uniform is this?
7
What is date of the photo of woman with wrist watch?
3
Publication date of this Jimmy Hatlo cartoon