In 1963 were photos dated when processed or when taken? 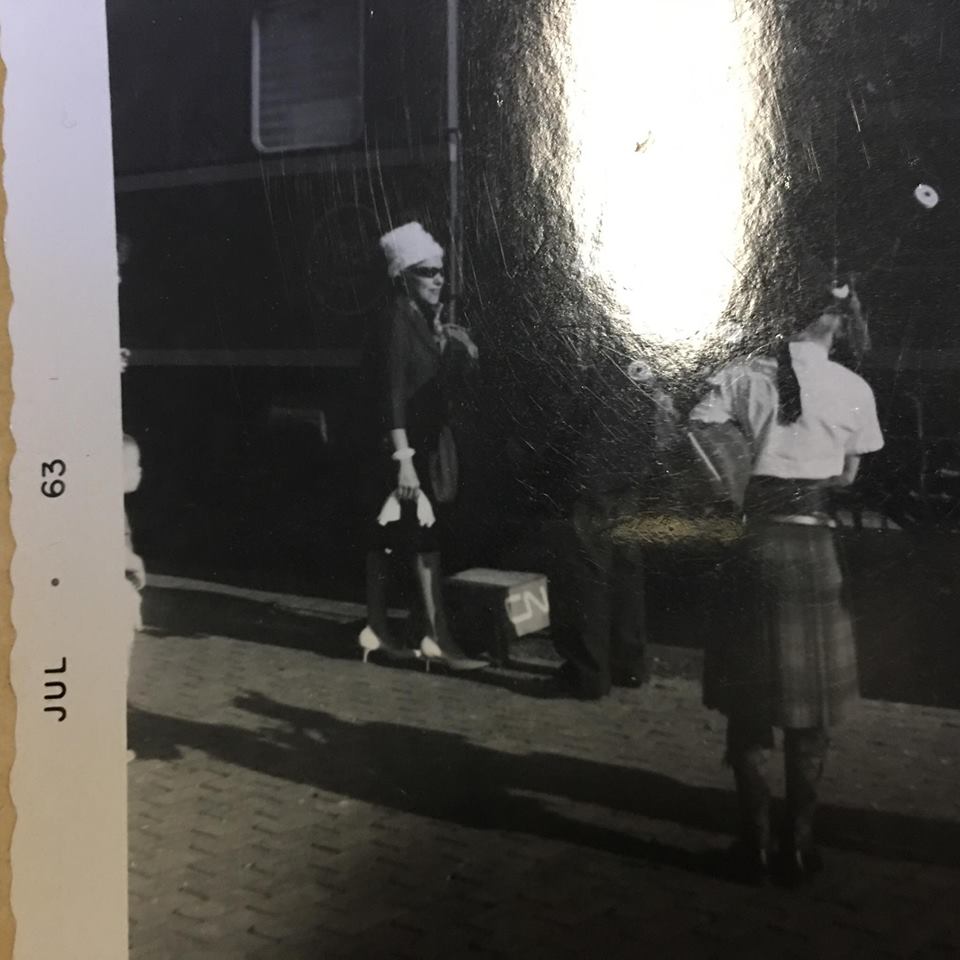 I am searching for my biological mother. I was born in August 1963 in London, UK. I have found a possible half-sister through Ancestry.com.ca and she has sent me some photos. This person does not look pregnant - especially 8 months!!! So was wondering about the photo dating process in the 1960s. Can anyone hep please?

There are three possible relevant dates, but only one is likely, given the technology used back then.

The answers 1 and 2 above are correct. As a previous answer suggested, the CN logo on the step in the photo is that of the CNR (Canadian National Railway). This scheme was adopted in 1961 so would have been seen system-wide in 1963. The piper could have been at any CN station in Canada, but may have been more likely at one in Nova Scotia, since there's a strong Scottish tradition in that province. If it can be determined which province the photo was taken in, possibly from knowing the travels in the early 1960s of the subject woman, it may be possible to find CN timetables for that region from the time period and further refine the location.

7
Did Carl M. Olson of Göteburg (Sweden) take 19th century photos in England, and if so, approximately when?
29
Estimating year photo was taken or printed?
4
Identifying Blenkinsopp-Leaton family photos
8
When archiving photos, what scan quality should you typically import them at?
3
Dating and identifying Penzance photos – are they of George and Fanny Wills?
5
Could photo be Edward Nettell (1812-1879) and Maria Hocking (1811-1902) of Illogan, Cornwall?
4
Photos with Audio Descriptions and Acid-Free labels for photos
3
When might this photograph have been taken and why?
2
What do you do with photos after scanning them?
7
What is date of the photo of woman with wrist watch?