Meaning of conditional residence in 1871 baptismal record in Kilkenny, Ireland? 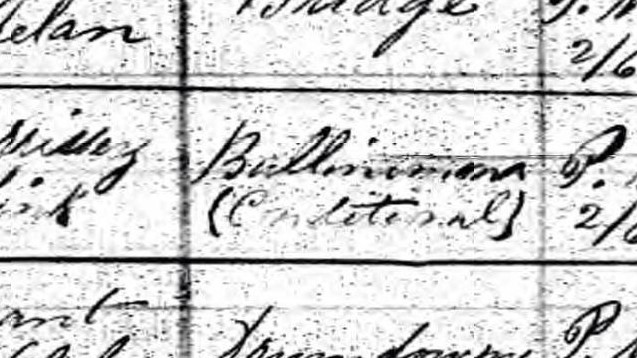 In Catholic Parish baptism register entry for Slieverue, Kilkenny in 1871, the place of residence for parents say "Ballinamona (conditional).

What is the meaning of conditional residence?

Even though (Conditional) is written in the Residence column, I suspect that it is the baptism which is Conditional rather than the residence because the Wikipedia entry for Conditional baptism says:

Mainline Christian theology (including Roman Catholic, Eastern Orthodox, Oriental Orthodox, Church of the East, Anglican, Lutheran and most other Protestants) has traditionally held that only one baptism is valid to confer the benefits of this sacrament. In particular, the Council of Trent defined a dogma that it is forbidden to baptize a person who is already baptized, because the first baptism would make an indelible mark on the soul.

Therefore, in cases where the validity of a baptism is in doubt, a "conditional" baptism may be performed.

In other words, in your case, there seems to be some doubt about whether the person being baptised had been baptised previously, so this is a "just in case they hadn't been already" baptism.

Not the answer you're looking for? Browse other questions tagged 19th-century baptism-records ireland catholic-church or ask your own question.