What are the names in this Status Animarum from Slovenia?

I have a Status Animarum for Mali Cirnik 12 in the Šentrupert parish records stored at Ljubljana diocese in Austro-Hungarian Empire (present day Slovenia). 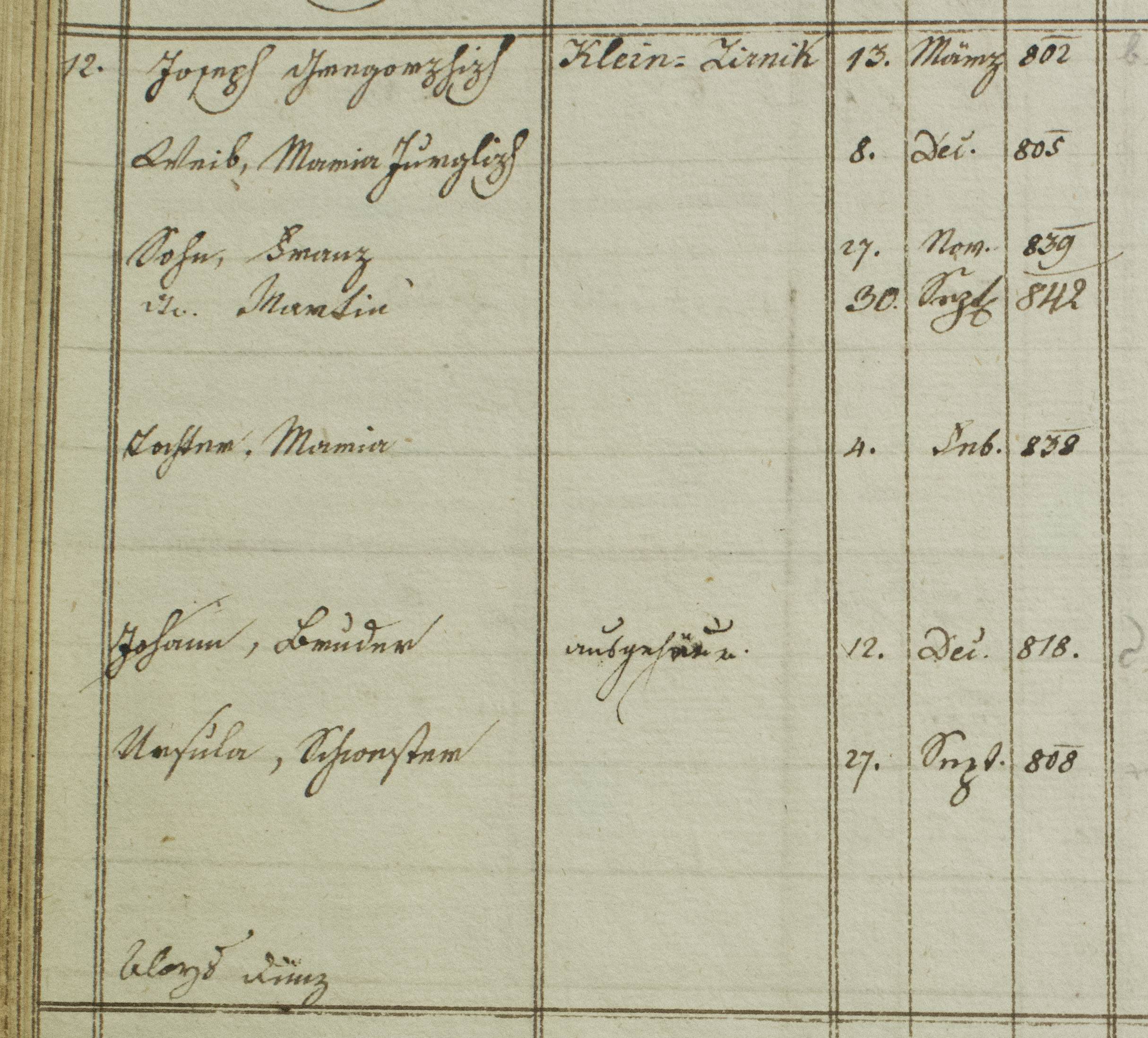 The third line matches the birth date of Franc Gregorčič of 27 Nov 1839 and has the proper birth location of Mali Cirnik 12. It appears Mali Cirnik was called Kleinz Zirnik, perhaps in German, during earlier time frame of this record.

But then the r looks more like a m to me. I think the month on the first line is March and written in German as März, but again the r looks very weird. The wife's first name might be Maria or something close to that. The bottom person appears to be for an Ursula born 27 September 1808.

What kind of language is this written in and why does the cursive seem so unusual to my eye?

What is the note written on the last line?

Also, what are the months of birth given?

Are these Slovenian or German month name abbreviations?

Note that the 1 for the first digit of the year like in 1802 on line 1 is omitted for each birth year given, in this case as just 802.

The page is written in German, in the Kurrent handwriting style

German doesn't use zh - German names would have used ch or sch
Dropping the first digit of the year is not unusual in older records.

*abbreviation, tbd full word [preliminary translation: a verb in past tense + out or away]
** sloppily written, tbd correct transcription, perhaps not German

Not the answer you're looking for? Browse other questions tagged 19th-century palaeography vital-records slovenia austria-hungary or ask your own question.

5
What is German translation of this Marriage record written in Kurrent?