The DNA indicated Asian origin and a rare haplogroup, X.

Windover Pond is one of a number of sites in Florida excavated since 1970 that have led to a major reassessment of the Archaic period in Florida. Jerald T. Milanich states that Windover has provided "unprecedented and dramatic" information about early Archaic people in Florida, and that the Windover site may be "one of the most significant archaeological sites ever excavated.

I'm very interested in the genetic data from this site, with it being of such significance to archaeology.

And even more curious (to me, anyway), is the fact that around the time it was revealed that some of the specimens from Windover were found to be members of mtDNA haplogroup "X", I learned that my own mtDNA was also classified as simply "X".

This was no big surprise to me, as I am from Florida and have very good reason to believe that my maternal lineage is Native American (southeast North American, specifically), I would very much like to compare my mtDNA markers with those of the Bog mummies who were identified as mtDNA "X".

I have already made comparisons with several other ancient NA individuals of North America, specifically Mound-builders and the one in Montana, and found significant relationships. Had that not been the case, it might not seem so important for me to check the Windover data as well.

I believe the data I seek is in that original paper, but I'm not sure. And I don't understand why I can't find it in any DNA databases. I also wonder how Nature obtained ownership of it. I may go ahead and spring for the paywall fee, and hope for the best. In fact, I probably will do so very soon.

What are the specific mtDNA markers for the "X" individuals who were discovered at the Windover site? 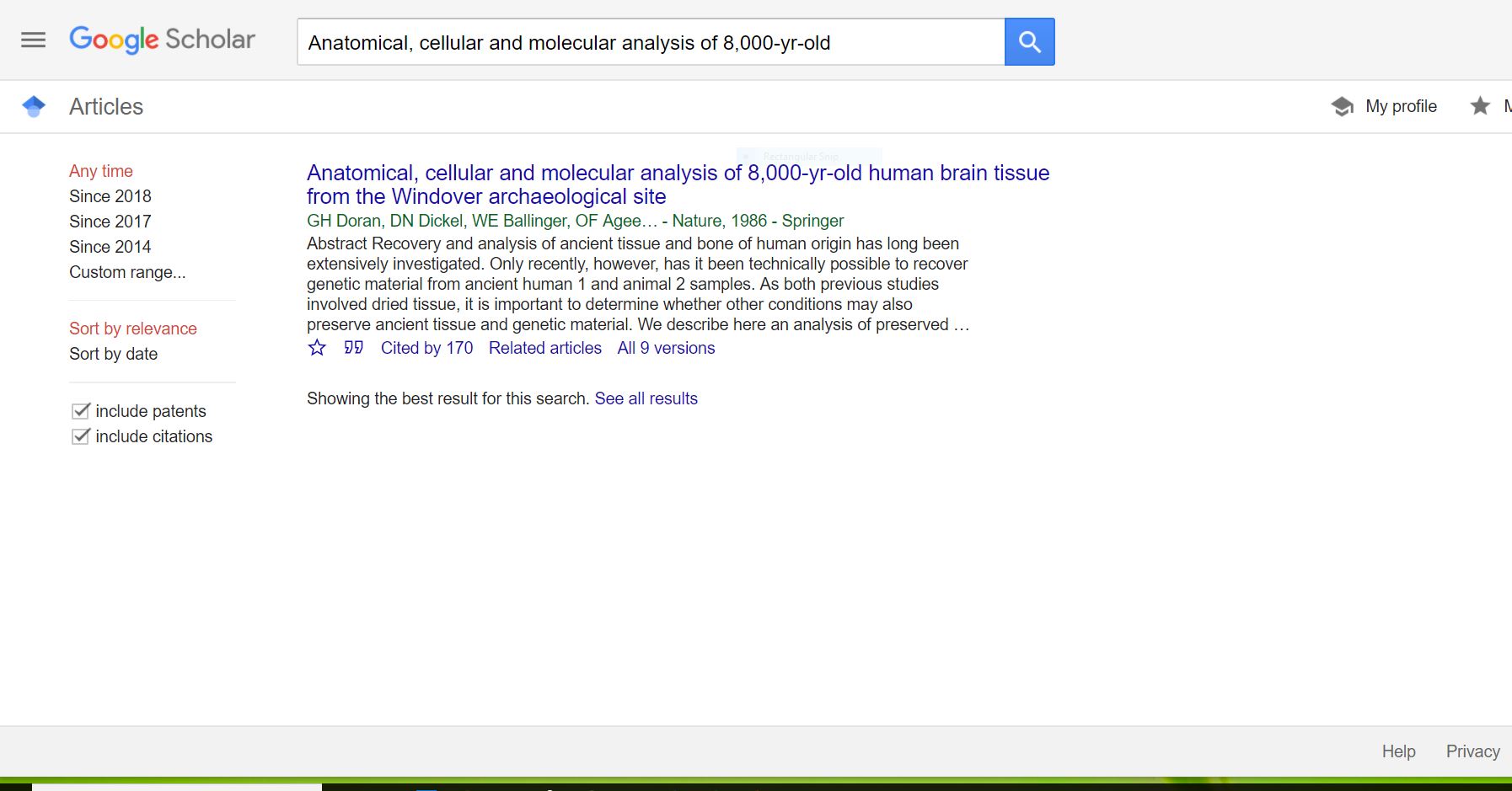 I bought the book and was a little dissapointed. I think there were like 20 individuals sampled. None belonged to A, C, or D. Several had markers of haplogroup B and couldn't be ruled out. Some had one marker for haplogroup X but not enough classify it confidently as Haplogroup X. There were 5 that the study described as having non native american haplogroups and that further study would be needed. Reply and let me know the thread isnt dead. Ill spend the time to get to you guys in more detail.

You won't find scientific DNA in any of the databases of the popular DNA companies where you can compare your DNA to others. If GEDmatch has any such data, it will be marked research only and you won't be able to find it or compare to it.

With regards to mtDNA, Family Tree DNA is the only company that now offers mtDNA testing that gives you more than just your haplogroup. You say you learned that your "mtDNA was also classified as simply "X".

If you did not test at Family Tree DNA, I'd highly recommend you do their mtFull sequencing which is normally $199 USD but goes on sale from time to time down to $139.

Once your test results become available, you will see all the people you match to and have many resources you can use: 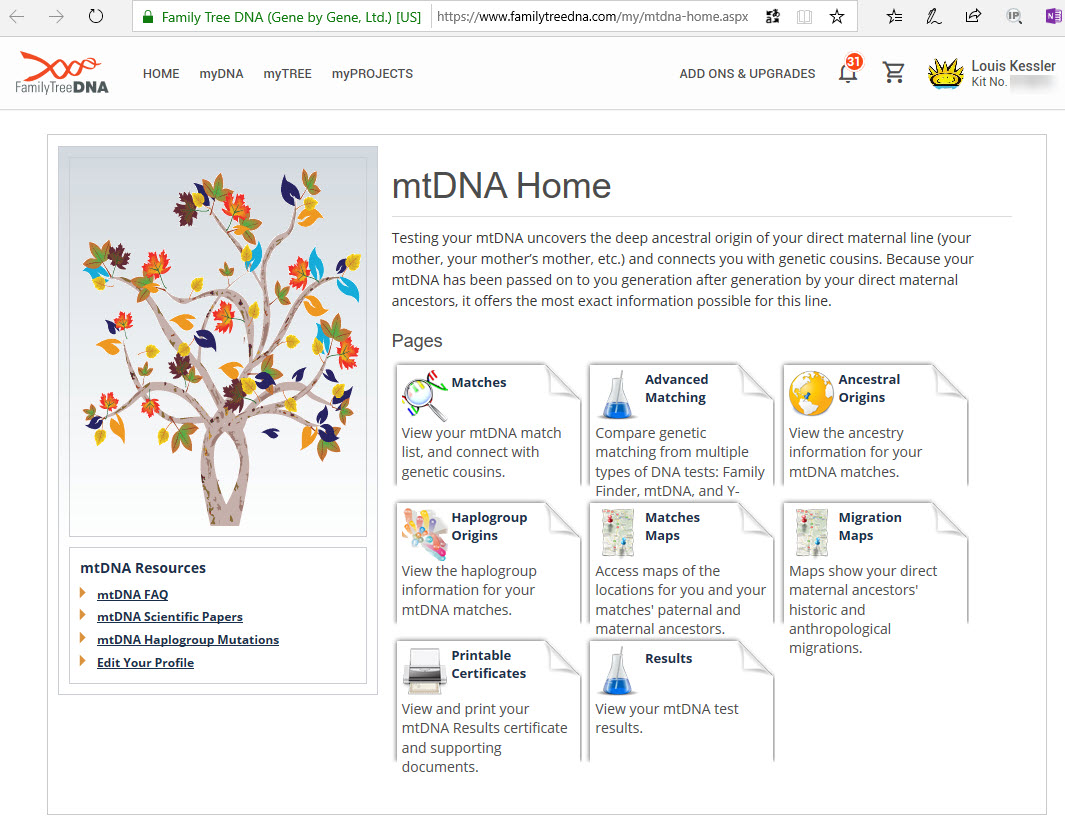 Family Tree DNA also allows testers to join projects. They have a specific project for the mt Haplogroup X which would be well worth your while to join. The group lists test results for about 800 testers. You can only join the group if you've taken an mtDNA test at Family Tree DNA. 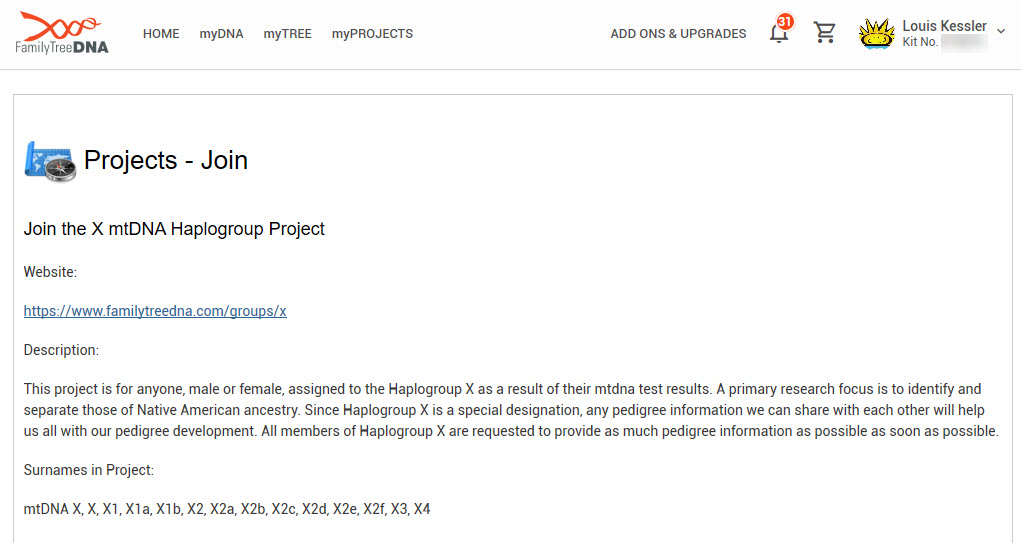 With regards to the Windover mtDNA data, maybe some of the people in the the Family Tree DNA group might know more about it.

Other than that, I did notice a 2012 book by Rachel K Wentz, a student of Glen Doran, titled "Life and Death at Windover: Excavations of a 7,000 Year-Old Pond Cemetery" that is available at Amazon. The Publisher's Preface says:

"Only one book has been written about Windover. In 2000, Doran edited a massive technical volume, a compilation of research highlighting the multidisciplinary nature of the site's analysis. But for the average reader, the book is a behemoth full of statistics, tables, and technical jargon. I initially thought I could reduce the contents of Doran's book into something more palatable to the general public. … I needed a fresh approach."

So you might find this book of interest to you. 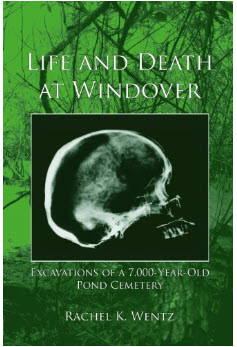 Not the answer you're looking for? Browse other questions tagged mitochondrial-dna or ask your own question.

6
Are there mtDNA societies like there are surname societies for Y-DNA?
6
What does R nucleotide mean for mtDNA result?
3
Is there value in doing an mtDNA for a first cousin once removed?
3
Understanding DNA test results for aunt
2
Does my mother need an mtDNA test?