What does this Peninsular War medal roll say? 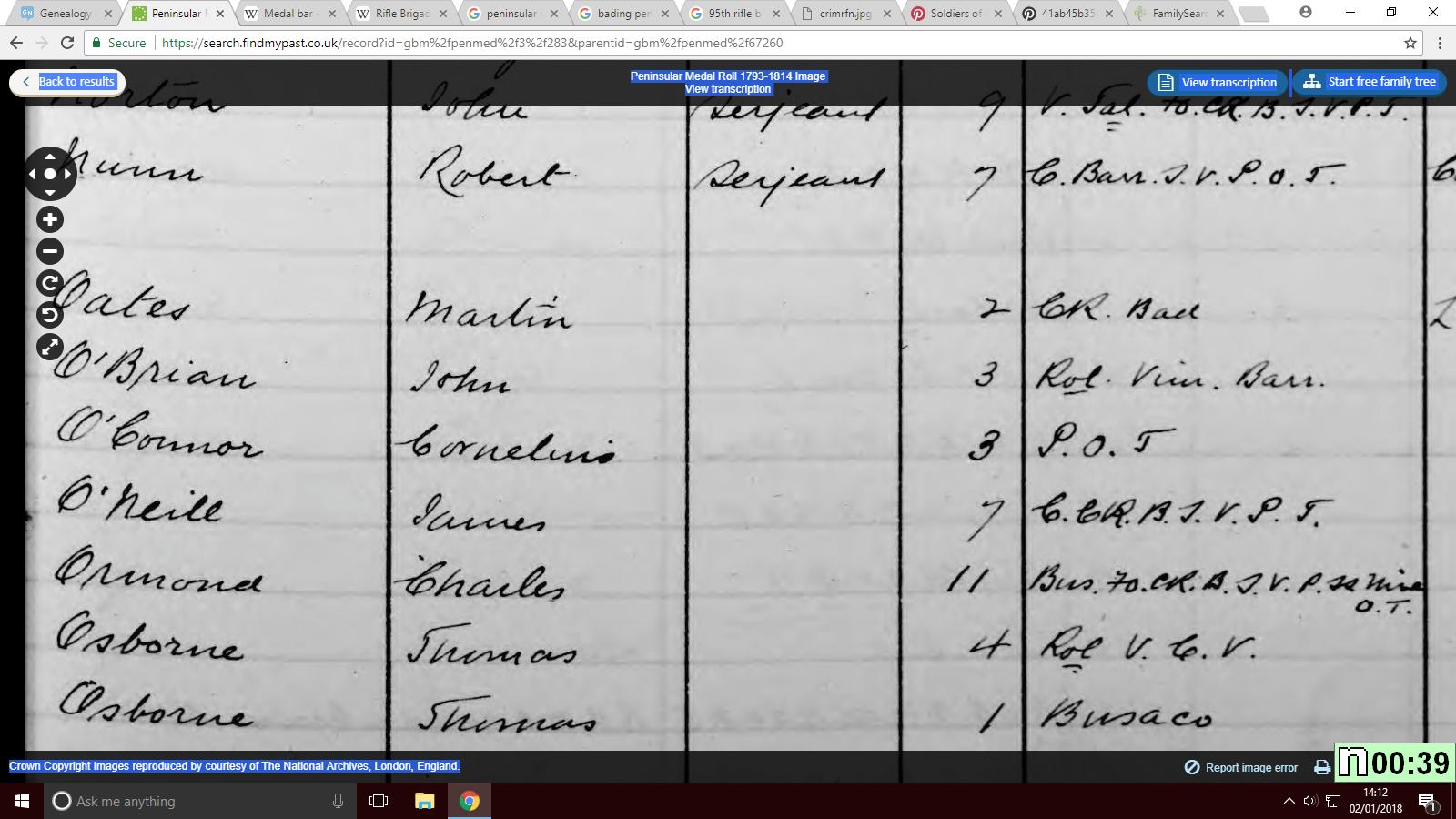 I am looking on this peninsular war medal roll under Charles Ormond and cannot understand what this abbreviation means.

The column above reads "Particulars of Clasps".

(Found independently but I have just seen answered by ColeValleyGirl in a Comment almost three months earlier.)

Edited to include Nive as @AndyW's Comment below is vastly more plausible to me than a feeble guess I had made.

From the Alnwick Mercury, 1 August 1857: "The Rev. Mr Roberts, of Shilbottle, has presented Mr Charles Ormond, of this town, who served in the Rifle Brigade during the Peninsular war, with a splendid pocket knife of ten blades, with the following inscription on a silver shield:-"A very humble token of English gratitude for a soldier's heroic services at Talavera, Busaco, Fuentes d-Onora, Cuidad Rodrigo, Badajos, Salamanca, Vittoria, Pyrenees, St Sebastian, Nivelle, Nive, Orthes, Toulouse, and Waterloo". This brave old veteran prefers two other claims for bars to his Peninsular medal, which we believe are at present under investigation in the proper quarter."

Charles Ormond served in the 95th Rifles (later The Rifle Brigade) in the Peninsula at the battles of Busaco, Fuentes d'Onor, Ciudad Rodrigo, Badajoz, Salamanca, Vittoria, Pyrenees, St Sebastian, Nice, Orthes and Toulouse. His MGS medal therefore was issued with 11 clasps representing these actions. It was last sold by Baldwin's in 1960 so there is a good chance it is still in circulation with a collector somewhere. I will make enquiries with a 95th specialist who may know of its current whereabouts.

6
Meaning of term "Irregularly resigned" for ancestor who served in American Revolutionary War?
7
When WWII Army enlistment records list "Branch Immaterial - Warrant Officers, USA", what does that mean?
8
What was the "Old War" and how should I interpret this pension index card?
7
What are these abbreviations in a Verlustliste (zurueckgeh, krgef, A)?
8
19th Century Debtors Prison Records, London
4
What is this man's uniform and probable decade of photograph?
4
What is the meaning of the handwritten notation on the pension record of Charles Clements?
4
Locating "Bankhead of ..." in parish of Forfar
1
What does branobilis/braenobilis mean?
4
Denmark marriage 1842, in German, has term "Vau. Attest" What does it mean?