Today I obtained the Death Certificate of my 2nd great grandfather Robert John Steven Sellers who died in Sydney on 18 Jan 1908.

In the picture below I am trying to read the middle of the three columns which is headed:

Where born and how long in the Australasian Colonies or States 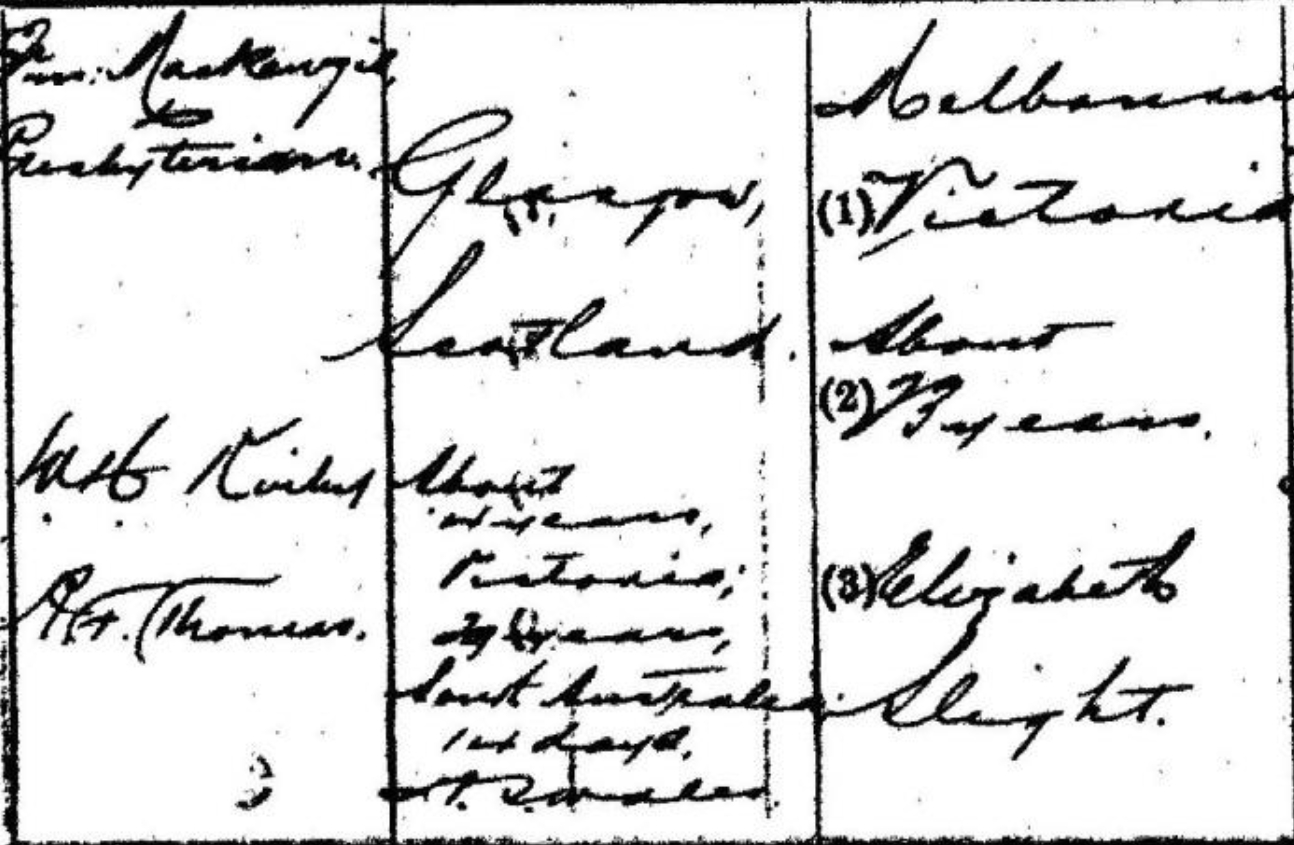 What is the word on the line after Scotland (which I have shown much larger below)? Could it just be "About"?

Where born is actually incorrect because he was born 1854 in Albany, New York, USA of parents who were British Subjects (they married 1850 in Glasgow).

It looks like "About" (compare it with the same word in the next column), which would make the entry read:

I agree that it is About. However, if I am correct the age given next to (2) appears to read 23 years not 29 years.

Not the answer you're looking for? Browse other questions tagged palaeography death-records 1900s-decade new-south-wales or ask your own question.