What proportion of the births or baptisms of children were recorded in early nineteenth century England?

There have been a number of attempts to estimate these values, knowing that it is very challenging to count things that didn't happen.

There are chapters and chapters of statistics and commentary on this subject, so I'll just include a couple of interesting figures here. 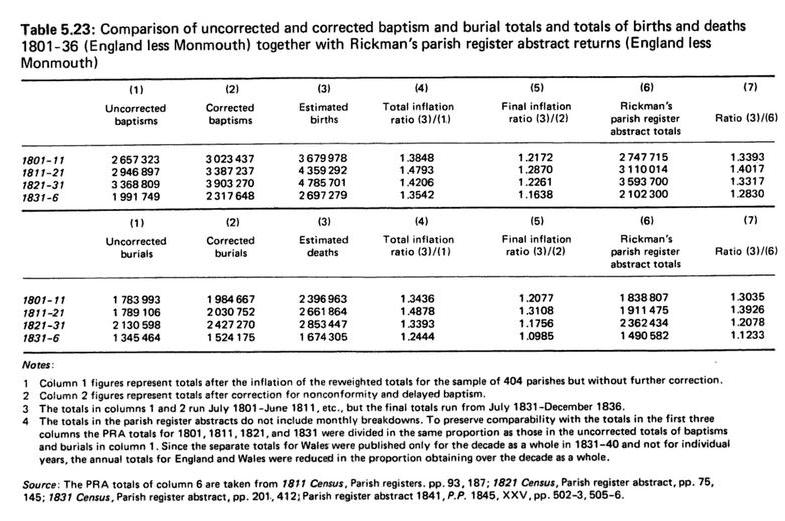 If we just look at the figures for the decade 1811-21, for example, we can calculate that:

A more graphical representation of the above data is given in Figure 5.1. Per 1000 births, you can see how the percentage of Anglican baptisms vs nonconformist baptisms vs unregistered births changed during this period: 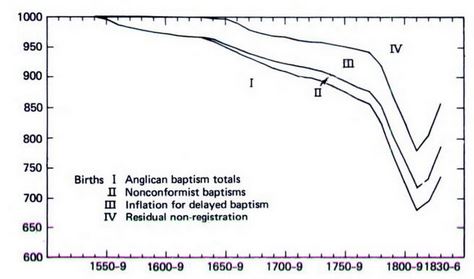 I would stress that only estimates are possible and that other sources may give different figures. Also note that non-conformity was rapidly growing during the early 19th century, so the figures from 1800 do differ significantly from 1830.

7
How should I interpret this sequence of records?
1
Could Francis Tolvert Greenway baptised 1774 at Falmouth be Francis Green who married Grace Woodley 1798 at Totnes?

8
How can I assess the statistical probability that an individual is the one I seek?
7
Finding the Fatherless Feathers
8
Finding baptism record near Marystow, Devon, for Harriet Palmer in about 1770?
5
Was it common for parents to baptise a baby/child if they knew he was sickly and likely going to die soon?
3
Understanding meaning of professions in 19th century Calabria, Italy?
4
Doing neighborhood or street address research in England?
7
How do I determine when to search for non-conformist birth/baptism records?
5
Finding out what church a 19th century English family belonged to?
4
Would a deceased father be named on his child's baptism record?
7
How should I interpret this sequence of records?