Interpreting a phrase in a Banns record from 1825 Pembrokeshire

I have an (extraordinarily helpful) banns record from Llanfair Nant Y Gof in Pembrokeshire in 1825, transcribed as follows:

It isn't clear to me what the phrases in bold mean. Are they referring to the banns period (July/August 1825) or the lifetime of the intending spouses? 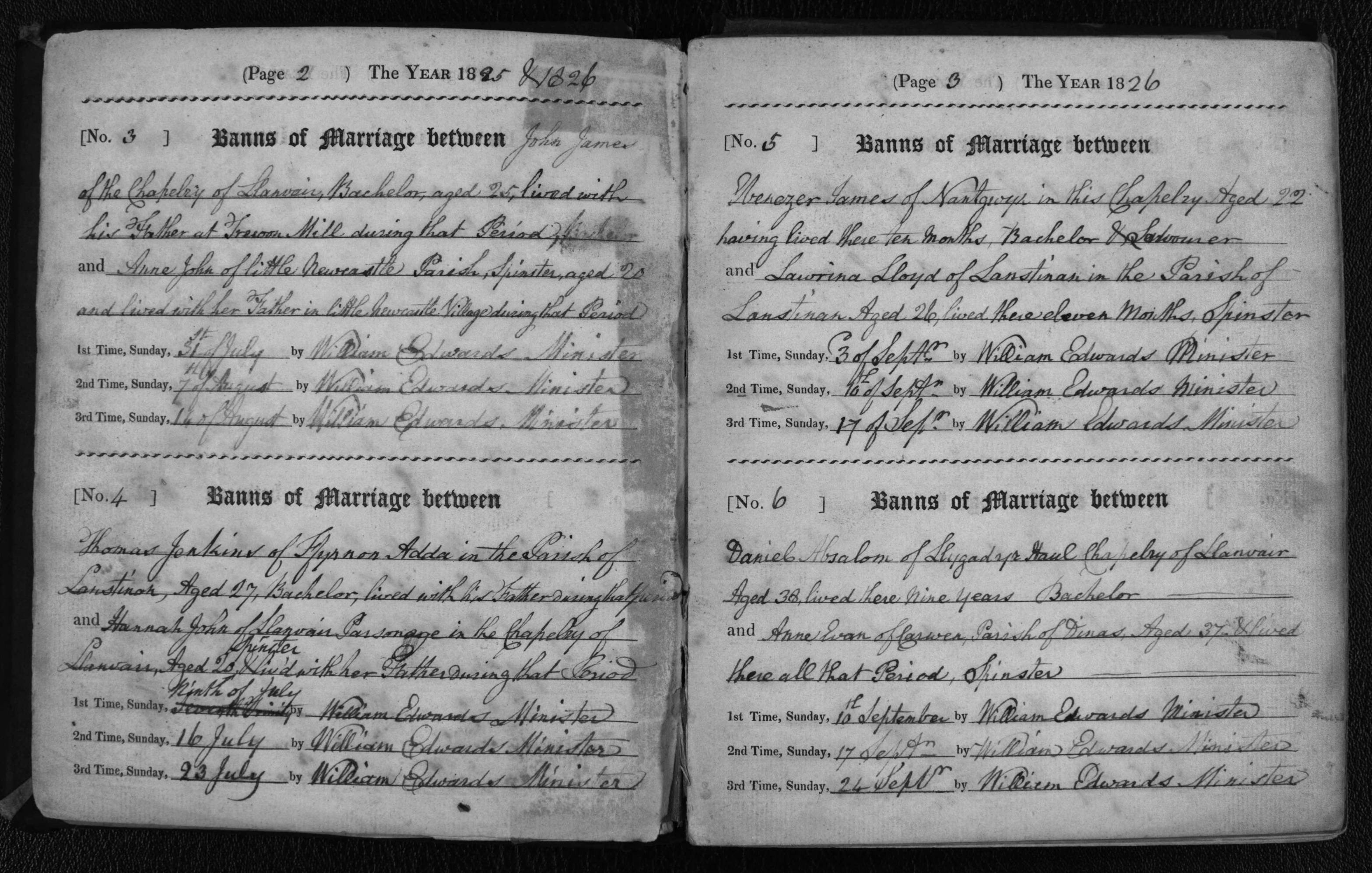 The previous page in the register (which is the first) contains similar phrases; the subsequent pages contain only the expected information (and were filled in by a different person).

It would have been for the period of the banns, rather than the lifetime of the parties.

Lord Hardwick's Marriage Act which came into effect in 1764 stated that a marriage could only take place in the parish church chapel of one of the parties after the publication of banns (or after the issue of a licence). As I understand it, for the purpose of the reading of the banns, the party who lived in the parish should have been resident, and regularly attending church/chapel in the parish for at least 6 months.

Lord Hardwicke's Act was amended by the Marriage Act, 1823, but the requirement for the parties to have been resident in the parish for the period of the banns was retained.

Not the answer you're looking for? Browse other questions tagged marriage-records wales or ask your own question.

8
How can I learn more about ancestors who were Baptist Ministers/preachers in 18th-19th century Wales?
11
Help needed reading a place of birth in an 1871 census record from Glamorgan, Wales
10
What does "privately baptised" mean in a Welsh parish register of 1799?
3
Identifying signature in marriage record from Paris in 1901?
3
Meaning of Latin phrase "matr. contraxerunt" on 1642 Cornwall marriage record?
2
Interpreting "married by Licence as I am credibly informed" on 1732 Gloucestershire marriage record?
1
Seeking 19th century marriage record from Upper Silesia in Poland?
7
How should I interpret this sequence of records?