I'm an amateur genealogist and I have browsed through 17th and 18th century German church records in pursuit of my ancestry and I am now stuck.

I have used the following table to help me interpret the texts: https://www.archion.de/en/family-research/deutsche-schrift/alphabet-table/

What is blocking me is a birth record for a certain Henning Conrad from 1691. The reason why I believe this is my ancestor is that he is mentioned (at least that is my assumption) in his sons (whom I have much more sources for) birth record from 1716 from the same town (Gestorf). This would make Henning Conrad about 25 years of age at the age of his sons birth which is plausible.

Finally, the birth record that is troubling me: 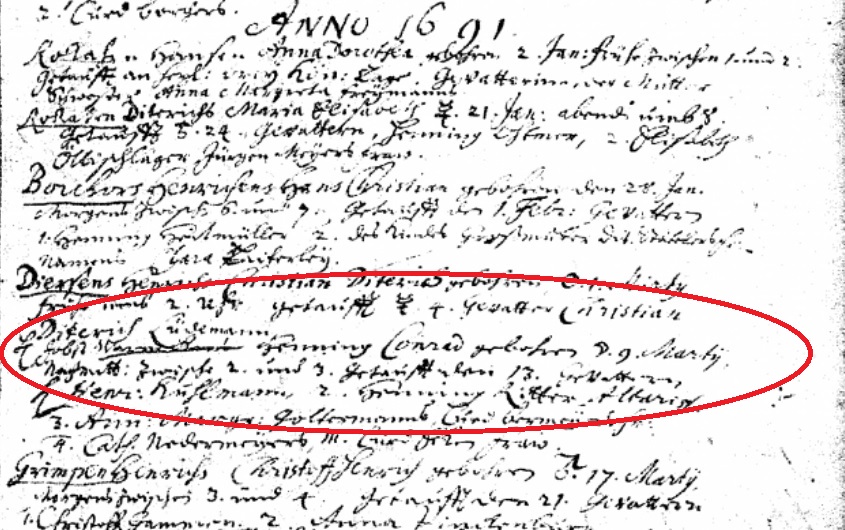 Here is the same information without the red circle: 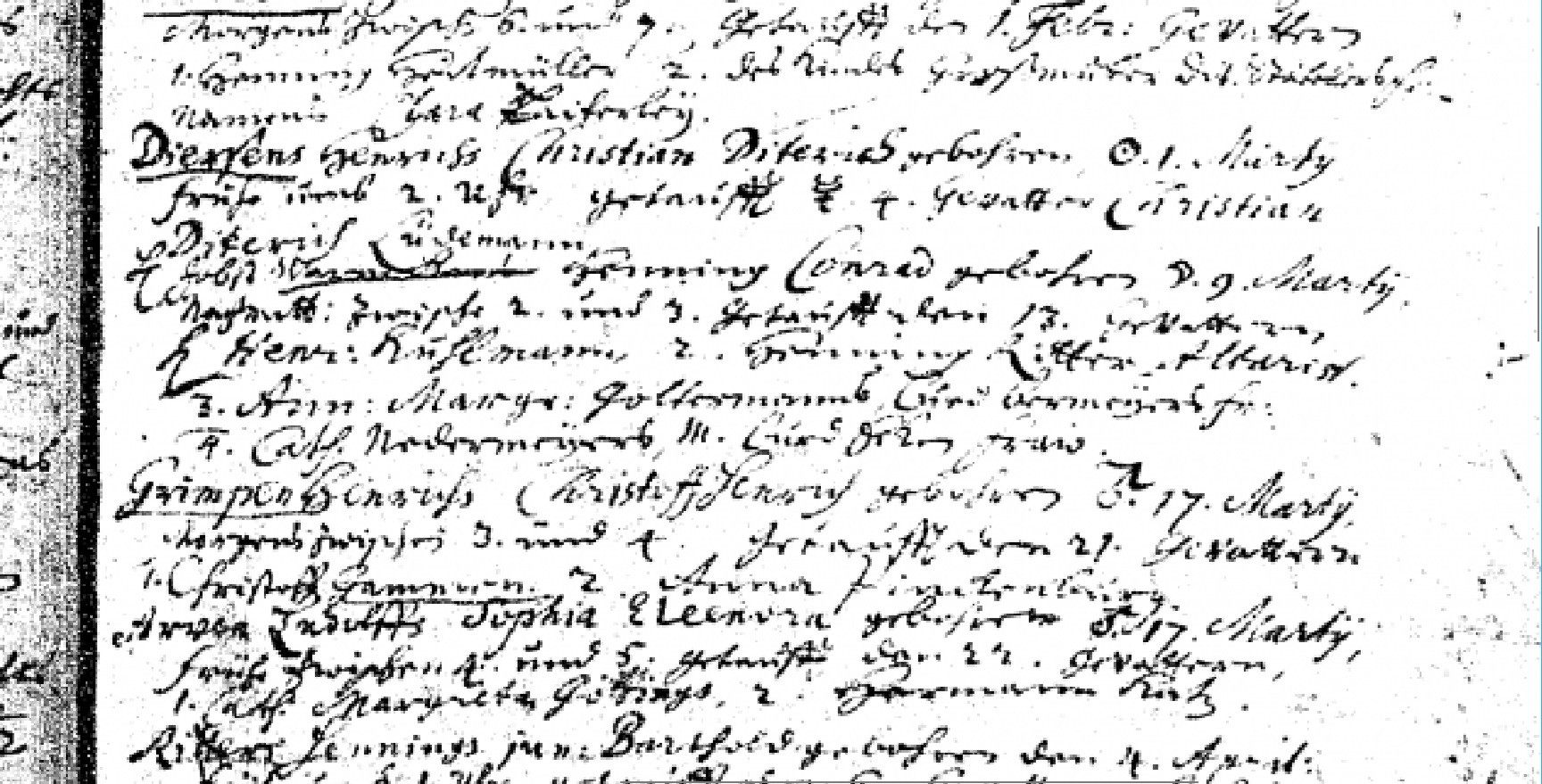 Are any of the surrounding sentences about this same record (e.g. information about parents)?

All birth records should contain information about the child, the date of birth, his/her parents, plus any godparents, and each underlined name typically starts a new record. (Too bad that the scan quality is so poor in both scans, and the red circle in the second does not help either, because it covers up further information.)

Let me take a stab at the first scan:

In the second scan I would read the portion you circled something like this:

The record before starts out: "Diepgen Henrichs Christian Dieterich...", which translates into "Christian Dieterich, [son] of Henrich Diepgen...". The unreadable first portion of your record should have the same structure. The godparents may give you some information about the record, but you would have to know quite a bit about the town before you can have any degree of confidence; the last names are different; are they neighbours, distant cousins, uncles, etc.?