What do the column headings stand for at the of these two pages of the Georgia Property Tax Digest 1793-1892?

What do the column headings below mean? 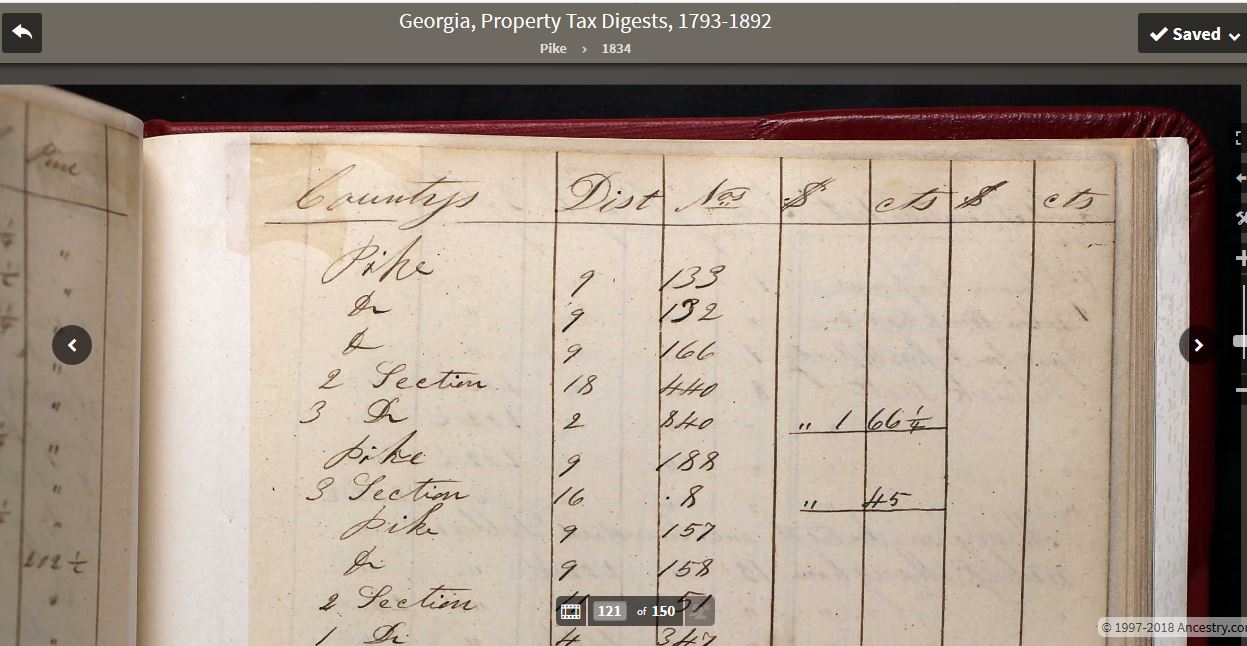 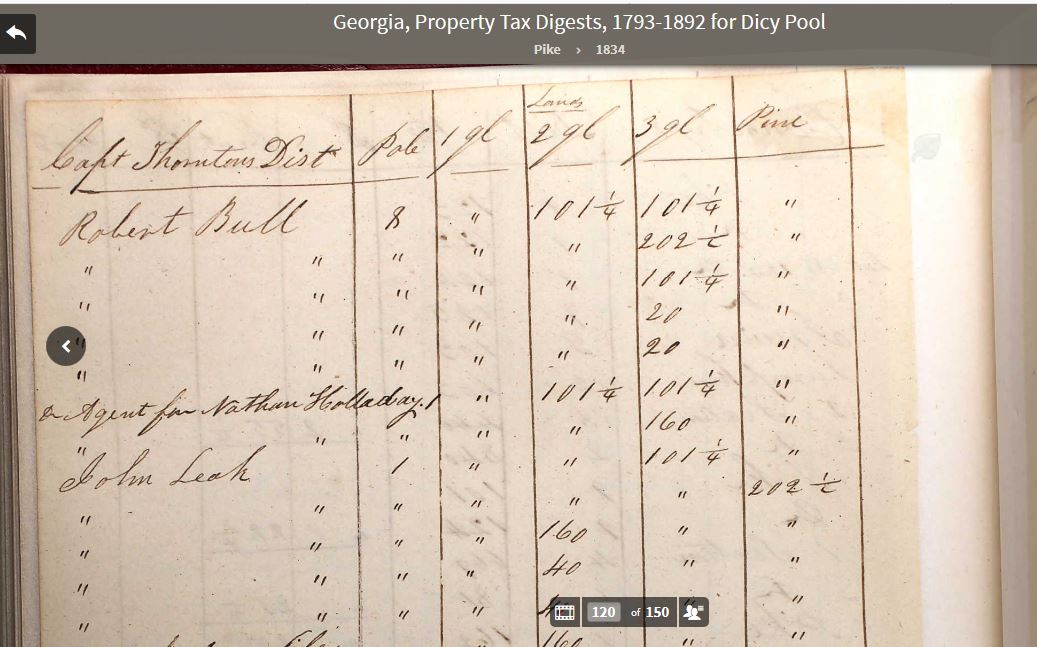 When using any Ancestry database, your first stop should be the About the Database information on the main search page. Since this is a two-page form, we can see that this is a list of white taxpayers. Ancestry tells us the list might include:

The FamilySearch Wiki's article on Georgia Taxation says that

Taxes in Georgia were levied on free white males over 21 and slaves aged 21 to 60. These persons are referred to as "polls." Tax listings, or digests, of a county generally list the taxable landowners and other polls and the amount of tax. The records in each county are divided by militia district.

The FAQ at the Georgia Archives says:

Q: What do the columns or headings on early tax digests mean?

A: By the last quarter of the nineteenth century, tax digests assume a printed standardized form. It is primarily the earlier tax digests that present a problem. If the headings are simply absent, go to the beginning of the tax digest and see if they are on the first page of the digest itself or at the beginnings of each militia district. If that is not the case, it is likely that the headings were in a chart in the digests that is now lost. An examination of the tax act creating the digest is useful. Each heading represents a clause in the creating legislation. Most often the forms of recording information follow the clause sequence within the legislation. However, idiosyncrasies arise where columns and headings are arranged in different ways. If the digests dates very early, a glance at Ruth Blair’s Some Early Tax Digests of Georgia will provide a complete transcript of digests of similar date with legible headings.

Your list is from Pike county in 1834. If we go to the historical statutes, we can see what items and people were supposed to be taxed. For example,

A compilation of the laws of the state of Georgia, passed by the legislature since the political year 1800, to the year 1810, inclusive starting on page 226, lists the types of land which are subject to tax, including lands of the first, second, and third quality, including pine lands.

For more information, check WorldCat for a copy of Ruth Blair's Some Early Tax Digests of Georgia in a library near you.

Not the answer you're looking for? Browse other questions tagged georgia-usa or ask your own question.

8
What does "Do agt for" mean in Georgia Property Tax Digests?
2
Understanding a notation in the Georgia Tax Digest 1793-1892
6
Until what age did little boys in the early 1900s wear dresses?
7
Death before certificates were issued statewide in Georgia?
8
What month was the 1864 Census for Re-Organizing the Georgia Militia taken?
3
What information is on Georgia birth certificates?
1
Interpreting Georgia property tax digest record from 1850?
3
Other "Indian Territory" besides Oklahoma?