I have a slightly vandalised little pocket prayer book (pictured below) titled Prayers and Promises. I am trying to identify the original owner. On the inside is written "To Ellen" and "From Eunice", indicating it was likely a gift.

In order to try to trace the owner – or gifter – it would be helpful to know approximately when the book may have been published. I'm not even sure whether the book is from the 19th or 20th century?

It definitely belonged to someone in my grandmother's family, and perhaps was given to a child given some of the indecipherable scribbles. 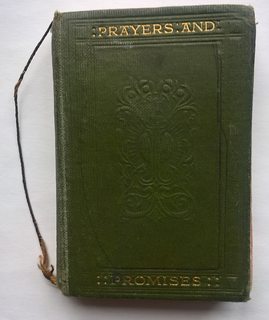 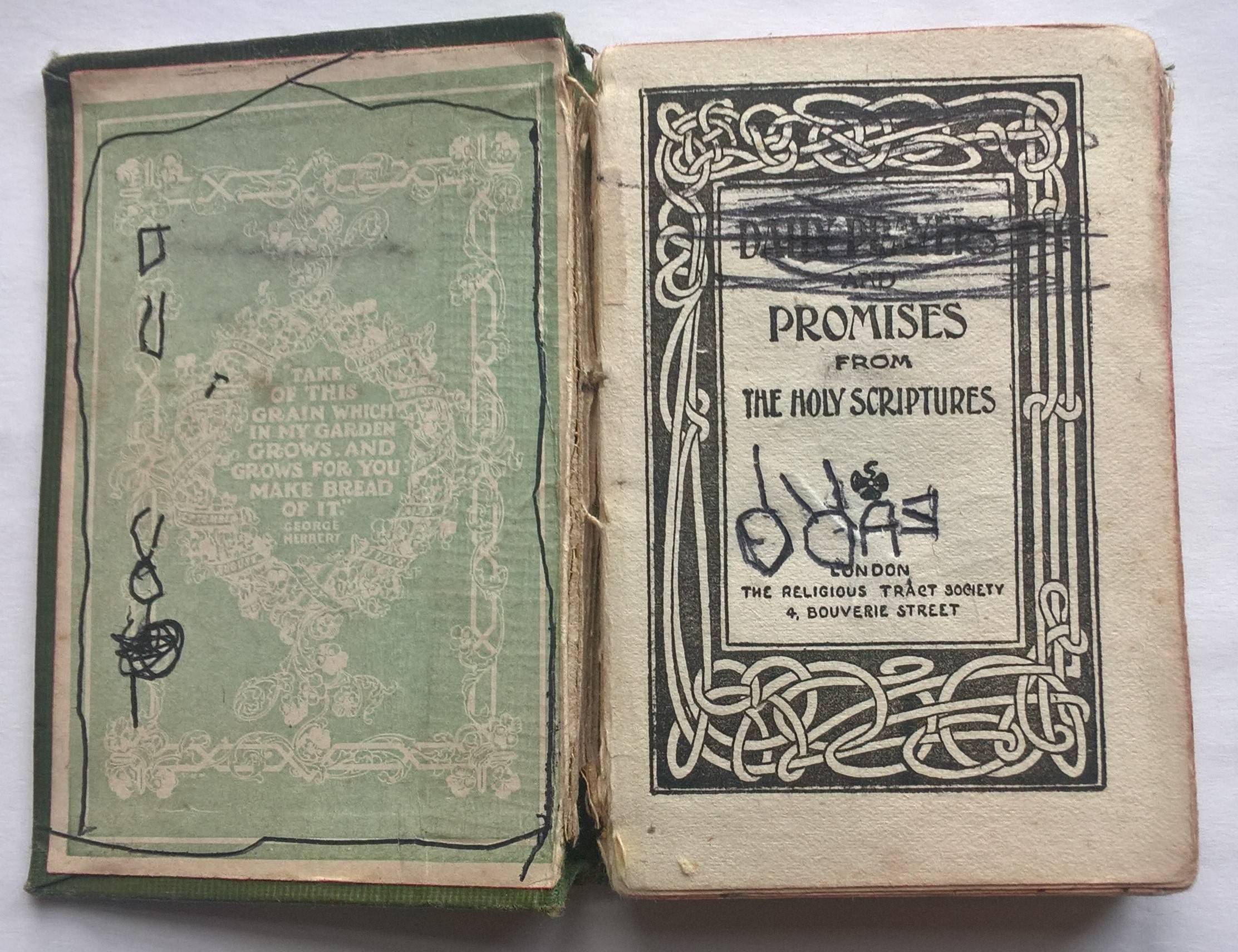 All three addresses† were printed at one time, for example 1888:

Two of the above addresses were printed at least until 1899:

So 20th Century seems very much more likely than 19th.

So this edition probably reprinted (the first edition seems may have been 1850) before 1935. Of course the copy you mention was not necessarily acquired "hot off the press".

† Some details of The Society's Premises in its early days:

The publishing business of the Religious Tract Society was first carried on at 10, Stationers' Court, a narrow lane which still runs from Ludgate Hill to Stationers' Hall. Whence, in 1806, the Society removed to' 60, Paternoster Row. In 1820, premises were taken at 14, Newgate Street, but, the result not proving satisfactory, Paternoster Row was tried again ; this time at No. 56. There, for the greater part of the century, has been the home of the Religious Tract Society. The houses Nos. 57, 58, and 59 were subsequently added; then 65, St. Paul's Churchyard, where the retail Book Saloon, with Committee Room above, still stands, and, finally, four small houses in Chapter-house Court, occupied in ancient times by the monks of St. Paul's.

There might be more in a publication such as A short history of the Religious Tract Society.

I notice that the design on the inside title page is after the Art Nouveau style of Charles Rennie Mackintosh, who lived from 1868 to 1928. Mackintosh's designs gained in popularity in the decades following his death, so the design in the book seems to put it its release after 1928, so possibly the 1930's.

Not the answer you're looking for? Browse other questions tagged artifacts or ask your own question.

6
What type of source is a Family Bible?