I have a record of Martin Ryan baptism by Rootsireland record but it doesn't have everything the original document has. 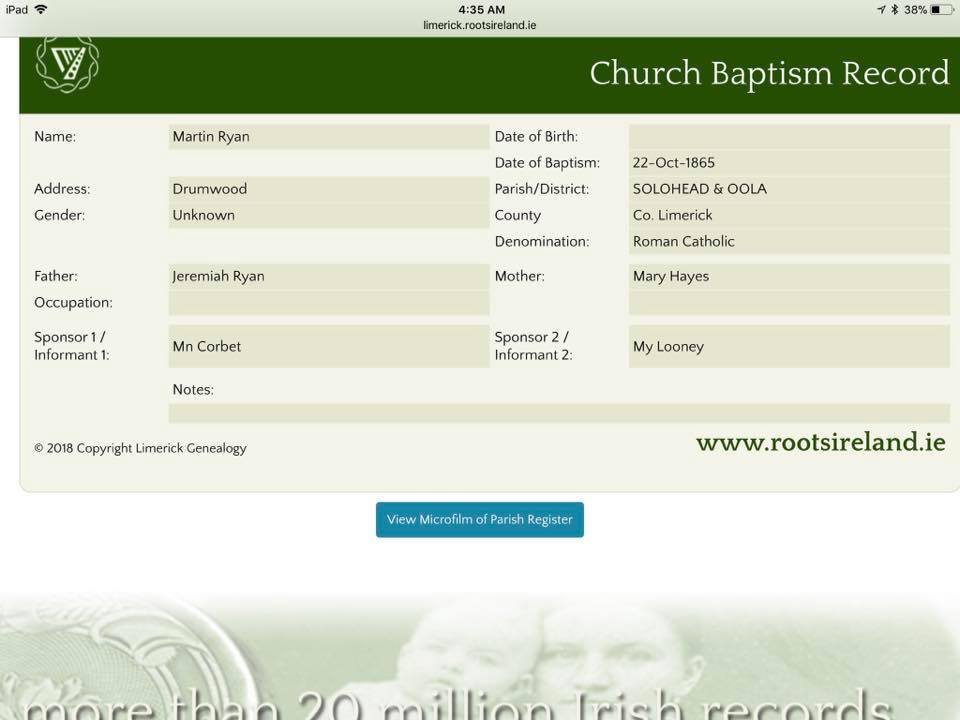 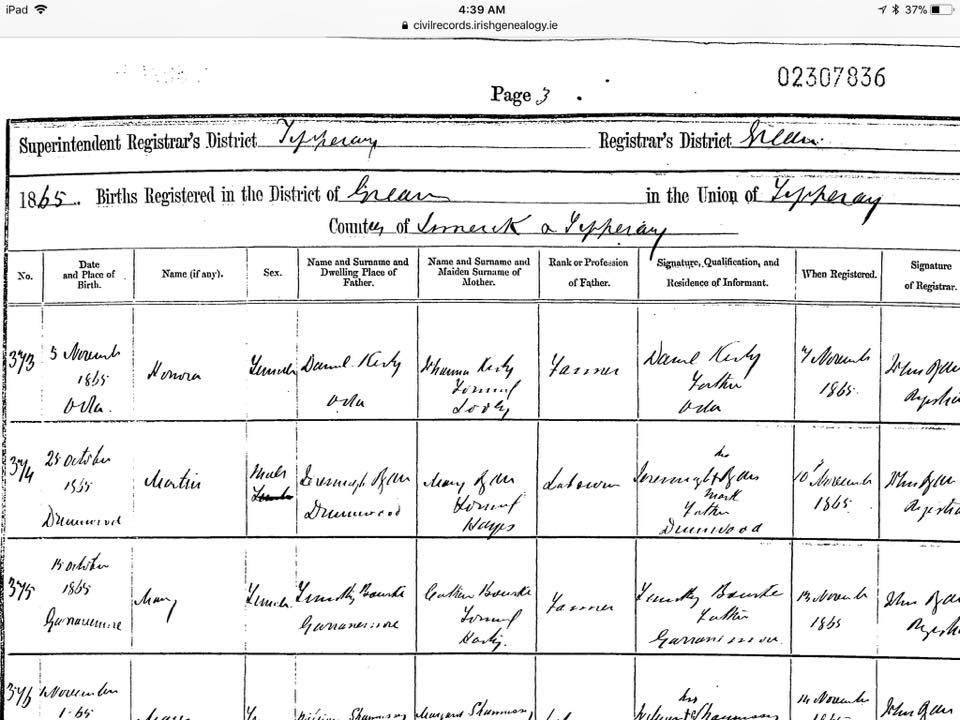 2) I need help translating a couple of words on the Civil document. Under "name and surname ... of mother" it says "Mary Ryan" something "Hayes". Anyone know what the word is?

Also under "Signature, Qualification and Residence..." it says something (the?) "Jeremiah" something "Ryan" something (moth?) "father Drumwood".

The parish register is in Latin. This is far from unusual in Roman Catholic registers from rural Irish parishes. The Irish Genealogy Toolkit has a useful page on Latin in Irish Catholic parish registers.

In this example, the entry for the 22nd reads:

The L____ might be the Irish surname "Looney", but I can't be certain as the letter forms don't quite match.

The entry from the civil register:

although the word "formerly" is not very well written in this example.

Under "Signature, Qualification and Residence of Informant"

(The X is the name is Jeremiah's mark. Like many at that date he was illiterate).

Not the answer you're looking for? Browse other questions tagged palaeography baptism-records ireland translation or ask your own question.