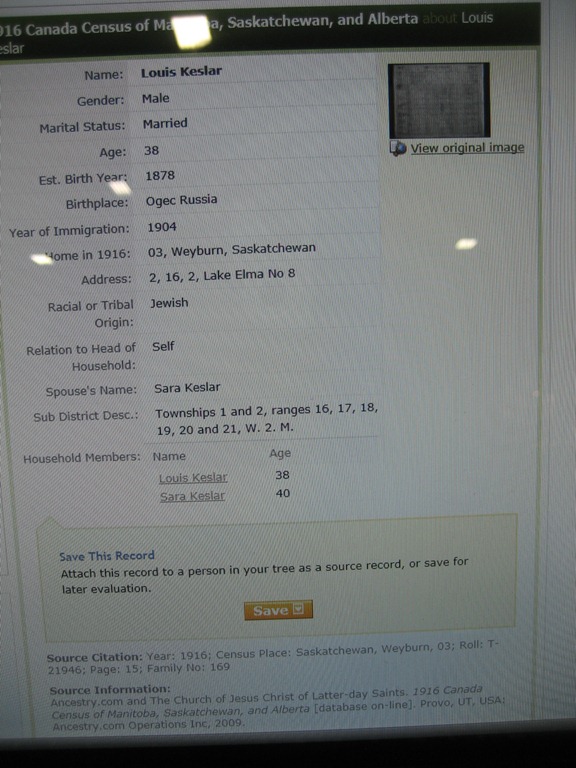 Update, July 16, 2021. Today, I found a death record for Sarah Kesler from 1929 giving her mother and father's birthplace as Odessa, Russia. Two of the answers suggested that, and now this death record adds evidence to that.

I'm giving the accepted answer to Peteris who was the first to suggest Odessa.

16
Determining what old document with Illegible handwriting says?
9
Finding 1910 map of Russia?
14
Extract Facts from an Army Portrait
2
How to find current Name (or location) of "Russian" town recorded in 1910?

4
What is the name of the sister and what is the town in this passenger list?
7
Can you identify this Russian town: "Chashvato, Podolski"?
3
Where would this town/area be located in Poland, today?
4
Seeking Russian Orthodox Church Records 1840-1900 for Lagody, Poland/Russia (now Belarus)?
2
Where was Babie, Russia (era 1890's)?
2
Looking for Czaruazien, Russia?
6
Identifying 1910 Russian Town Name "Swel"
2
Locating 1912 Russian town of Novoe Kurhane
4
Where was Kolashine, Russia?