Where is Trehavron, Kenwyn (Cornwall, England)?

Today I received the Death Certificate of my 3rd great grandfather Henry Green whose death was registered in the District of Kenwyn (Cornwall, England). 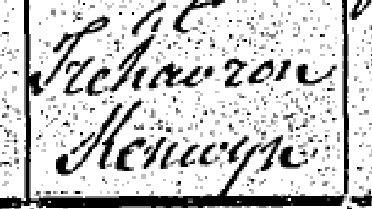 I have not been able to find Trehavron but I have found in FamilySearch.org that:

In Domesday Book the manor of Kenwyn appears as Tregavran (in later usage Trehaverne).

Is it likely that the Trehavron where Henry (a Butcher) lived was the area around Tregavran/Trehaverne?

The parish of Kenwyn, (Cornish: Keynwynn), is situated in the Deanery and Hundred of Powder. It is bounded on the north by St Allen, on the east by St Clements, the parish of St Marys Truro and the river Fal, on the south by Kea, and on the west by St Agnes, the detached part of Kea called Tregavethen, and Perranzabuloe.

TREGAVETHAN, a manor and extra-parochial district, in the parish of Kea, union of Truro, W. division of the hundred of Powder and of the county of Cornwall; containing 52 inhabitants. The manor comprises 1024 acres, of which 389 are common or waste land. It is situated on the borders of Kenwyn parish, and an aisle in that church is appropriated for its population. The impropriate tithes have been commuted for £70. 16. 8., and the vicarial for £22. 16. 8.

And from Wilson's Imperial Gazetteer at A Vision of Britain, the entry on Kenwyn says, in part:

Not the answer you're looking for? Browse other questions tagged cornwall historical-gazetteer 1830s or ask your own question.

9
Identifying Lemuel K. Preston's 1830s-era birth place of "Broome, L. C."?
3
Is there Index to Cornish Mining Captains that might include Richard Boyens (1750-1838)?
4
When, where and to whom was William Henry Rouse born in about 1832 near Truro (or Redruth), Cornwall?
3
Dating and identifying Penzance photos – are they of George and Fanny Wills?
5
Could photo be Edward Nettell (1812-1879) and Maria Hocking (1811-1902) of Illogan, Cornwall?
3
Where is/was location of Corvoda (near Lezant), Cornwall, England?
5
Did Somerset Militia recruit local Cornish soldiers when based at/near Truro around 1798?
1
Could Francis Tolvert Greenway baptised 1774 at Falmouth be Francis Green who married Grace Woodley 1798 at Totnes?
1
Finding 1834 location in St Clement, Cornwall, England