What is written over some of these Irish birth records?

In the below Irish birth records, two entries that interest me, 476 and 477, were crossed out, with some cursive writing on top of them (most visible in entries 473, 474, and 476). What is written there, and what does it mean? 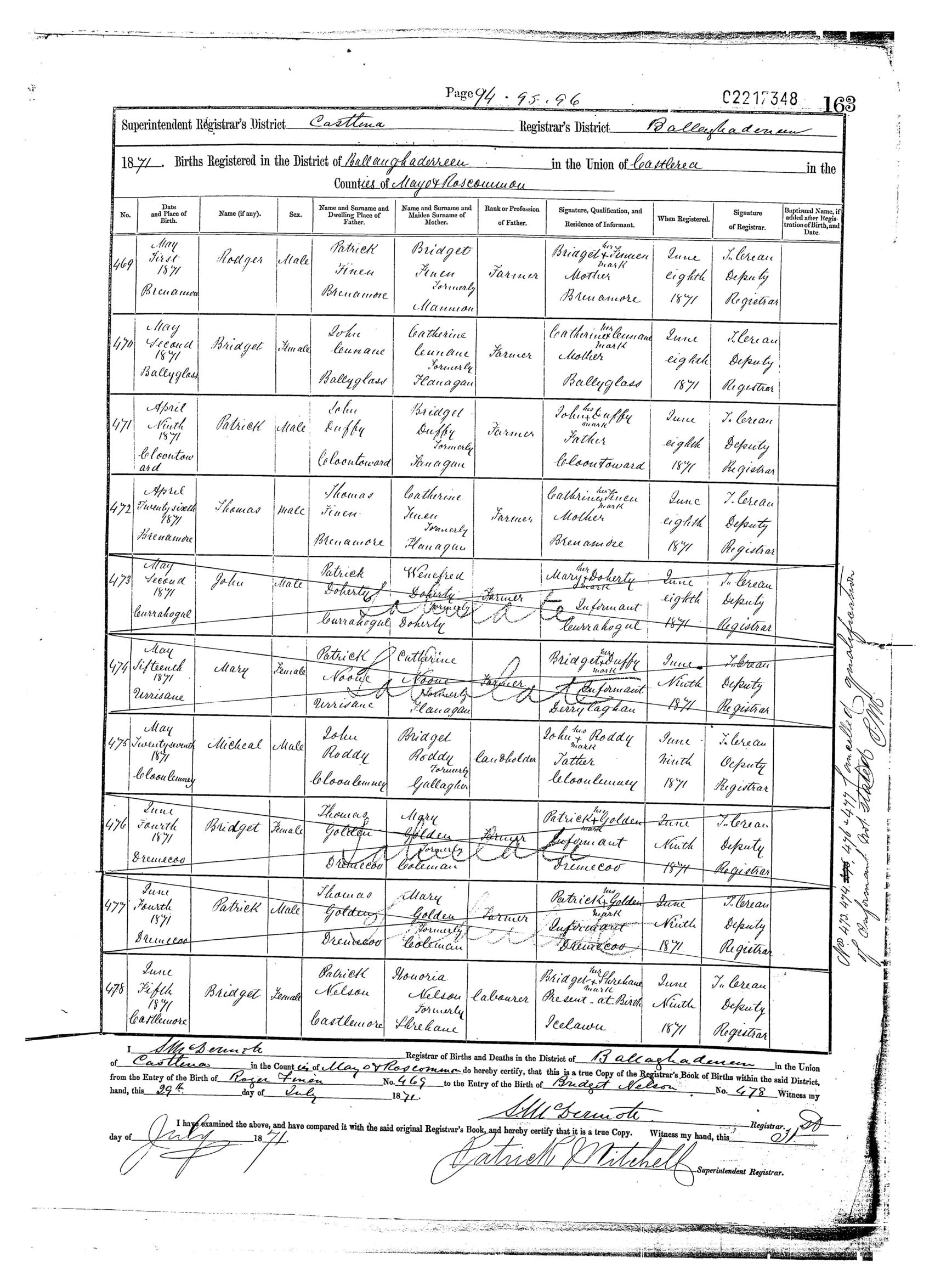 I can't read the script yet. But we can say what it meant - if you look at the vertical annotation to the right, it explains that the registrations were cancelled because the qualification of the informant was not stated. Births and deaths in the English / Welsh registration system, and apparently the Irish I see from the image here, can only be reported by certain people. This is supposed to ensure that the information the Registrar gets, comes from someone who is connected with the event in question and is therefore a good source. In this case, there is only a name, place of residence and the word "Informant". No justification, therefore, is given why on earth the Registrar should have believed them. Exactly who could report a birth I don't know but there is (even today) a list of who qualifies, starting with the parents.

Nobody was saying that the birth didn't take place, nor necessarily that the details were wrong. Rather that the registration was faulty.

I wonder if the births were re-registered later? In which case the scribble might refer to the replacement registrations???

For information: this is the current advice from the GOV.UK site on registering a birth if you are not the parent:

If the parents can’t register the birth (eg for medical reasons), certain other people can do it:

This may or may not match the Irish situation then.

It appears to me that the script reads, "Tabulate."

Not the answer you're looking for? Browse other questions tagged 19th-century birth-records palaeography ireland or ask your own question.

4
How to read Swiss Church Book / Kirchenbücher Collection Indexes?
6
How did two birth records from the same sub-district end up in different districts?
3
What are the names in this Status Animarum from Slovenia?
5
What does location Boshte mean?
3
What is the teacher's last name?
2
How to find additional information pertaining to little known ancestors?
1
Finding Shrader birth records
3
Which of these German birth records is correct?