I’m trying to find out information about my German Great Great Grandfather (the guy on the left on the photograph). His name was Karl Griesbach, Born on 2nd March 1877 and died on 17th October 1942. He may have had a middle name called August but I am not sure. Anyway, all I know is he fought in WW1 during 1916 and survived the war, he was a farmer after the war and maybe before the war as well. He had a farm in Neustettin Bärwalde old east Germany (Prussia). I’m trying to find out when he joined the great war and what his regiment was and basically what he did. If anyone could be of help that would be great thank you! 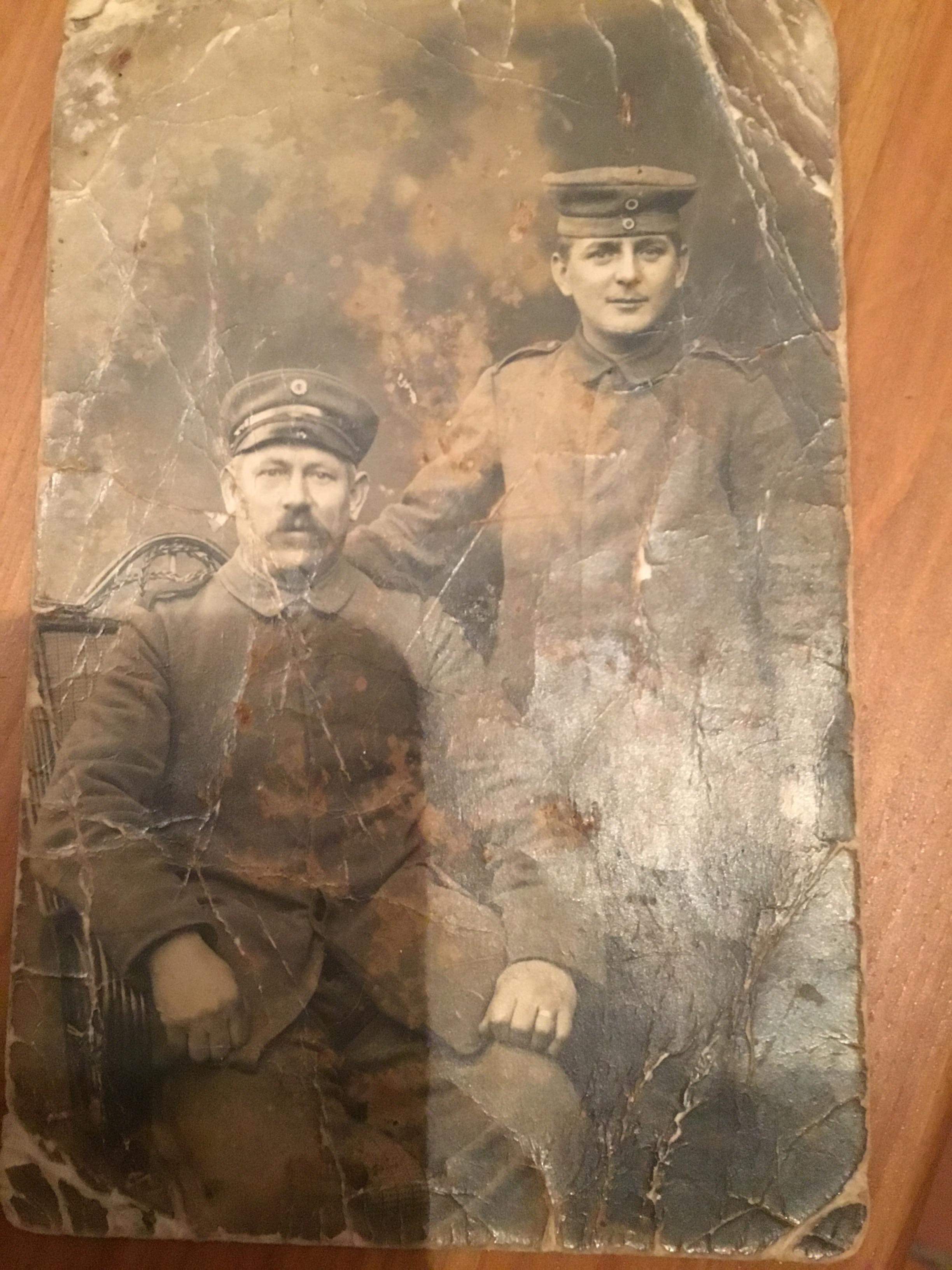 What to do if your ancestor fought in the Prussian army? During the war the army announced deaths, injuries, missing soldiers and prisoners of war in the so-called Verlustlisten. These lists were on public display. They contain names, places of births and complete or incomplete (just day and month) birth dates. The names are listed according to the soldier’s units, so if your ancestor was killed or injured, was missing in action or became a POW, you can reconstruct where he was fighting and which unit he was a member of around this time.

I looked at all soldiers with the name Karl Griesbach or August Griesbach and no one seems to match your ancestor (you can rule some out, because they died, others because of their place of birth or birth date). I also checked the archives of the International Prisoners-of-War Agency, but did not find any Karl (or August) Griesbach. He is also not listed in Ancestry’s collection Kriegsranglisten und -stammrollen des Königreichs Bayern, 1. Weltkrieg 1914-1918 (sometimes Prussians fought in the military of other German countries and vice versa).

What now? Check the sources again, maybe I missed something. Check possible sources in your family: Look for post cards from the front, they are usually stamped with the unit's stamp. Check if there are any pension records left, that might detail military service.