My dad got a lady pregnant in Korea while he was in the war. When he got back, he tried to move her here but was unable to. He lost touch with her. For years, I have tried to find him but there was no way until DNA. I got my DNA done through ancestry.com and he had not sent any DNA into there.

Last night I uploaded my raw DNA into GEDmatch.com and it became accessible this morning. I have NO IDEA what any of it means. I got some results but I don’t know what anything means. I did a one to one match with the guy who has 119 cM match. I’m going to try to include the one to one photo and the screen grab of all matches. 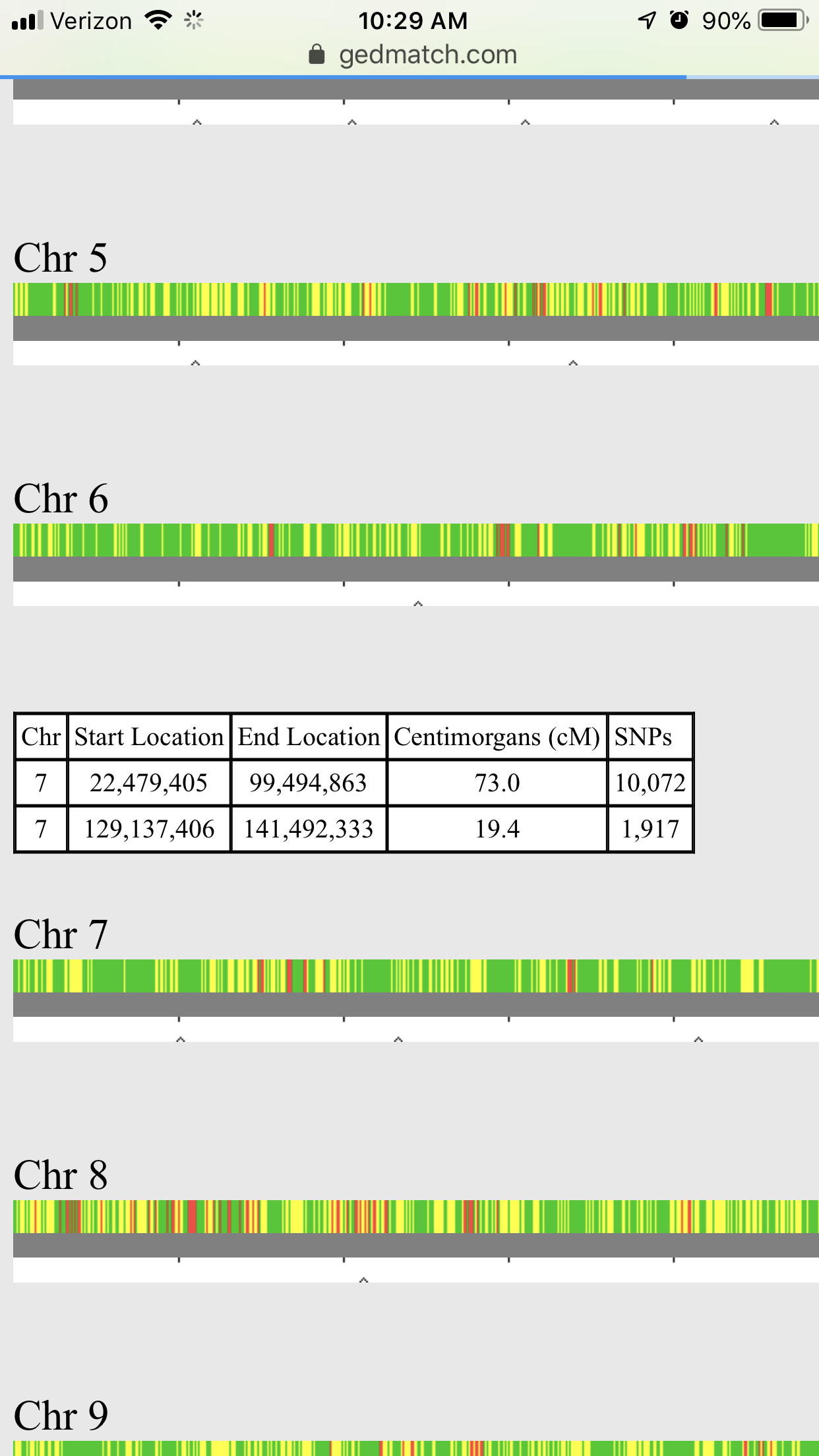 Getting your DNA tested and uploading the data to GEDmatch.com were both great ideas for trying to find your half-brother. According to https://www.nytimes.com/2016/08/28/world/asia/south-korea-adoptees-325kamra.html, there is a nonprofit organization called 325 Kamra whose web site is https://www.325kamra.org/. They say their mission is "to reunite Korean families separated by war, adoption, death and tragedy by DNA testing Korean adoptees, armed services personnel who served in Korea, and anyone of Korean descent to expand the worldwide database." Their FAQ page https://www.325kamra.org/faq mentions "if you are a Korean vet or a family member of a Korean vet you also can qualify for a free DNA kit".

You've already paid for your DNA test, so you don't need a free kit from them, but it sounds like they might be willing to help you if you contact them at the email address they list at https://www.325kamra.org/faq.

All of that means if your half-brother or one of his children or even one of his grandchildren is on GEDmatch, they will very likely be your top match, aside from some close relatives who are presumably already known to you. As the other answer from Cyn notes, there is some small chance that the person with 119 cM could be the grandchild of your half-brother, but it seems small.

I have not done a search like yours, so I would be happy to defer to someone with greater knowledge, but my expectation is that any match for your half-brother or one of his descendants will be extremely obvious, right at the top of your one-to-many list on GEDmatch; or else the person/people you're looking for will not appear at all, because they do not have results on GEDmatch.

This is not your brother or your nephew, because the total match is too small. It's a decent match though and that 73 cM segment is enormous.

The question I have for you is, how do you know this match is on your dad's side vs your mom's side? Have you been able to test either of your parents?

If you know this match comes from your dad's side, how do you know that he is part Korean? This info may be obvious to you but you did not include it in your question. The match's Y-DNA (J1-Z1884) is Italian or thereabouts. Do you know if that matches your dad's? The match's mtDNA is an H6, which is European, not Asian.

This may be a cousin of yours who is not part of the line of your half-brother in Korea. Or your brother could have left Korea and married a European woman.

We need more information to be able to help you out.

Not the answer you're looking for? Browse other questions tagged dna gedmatch.com korea or ask your own question.