Estimating when photo of ancestor who lived 1833-1902 was taken?

This is a photo of my 4th great grandfather Pacifico Vega. He was born on 1833 and died on 1902, living his whole life in Panama.

I am not very good at estimating when photos were taken so can someone estimate when this photo was taken? 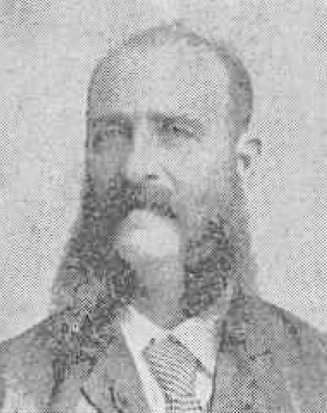 Although I guess that no one will be able to determine a precise year with just the picture given, however, I try my best guess that it was taken between 1883 and 1888.

Let me walk you through the process of my estimation.

He looks like a men in his 50s. A beard usually makes a person appear older, especially when as large as the one in the portrait, but looking at at this stage of receding headline, I think it is save to say that he is well in his 50.

Given the birth year, that would make the year of creation at least in 1883.

b) The fact that it is a picture

Daguerreotype, the first kind of photography introduced to the public, exists in Panama since the 1860s, see this Spanish source on page 2 (in the PDF): https://dialnet.unirioja.es/descarga/articulo/5017074.pdf

The image you have uploaded does seem to be a replication, probably from a newspaper.

c) The fashion of the beard

The beard is a variation of a beard called sideburns, see https://en.wikipedia.org/wiki/Sideburns

It was worn by men of high(er) class in the second half of the 19th century and considered modern at the times.

However, if you are not satisfied with the given range of time, you may want to investigate whether this picture was made for a special occasion, i. e. to appear in a newspaper or for a special event.

If this person was so rich in his time, he might likely have had an article about him in a local newspaper. You can check out some in the English language online in the library of US congress here.

In addition, you may want to search for the backside of the picture. Backsides can be actually quite important for a better estimation as it contains usually handwritten information of the depicted person and the time/year or at the very least the developer/creator of the picture.

Not the answer you're looking for? Browse other questions tagged 19th-century photo-identification panama or ask your own question.

3
Identifying photograph which may be Margaret Morgan (1808-1902) taken at Bridgend, Glamorgan, Wales?
3
Dating and identifying Penzance photos – are they of George and Fanny Wills?
5
Could photo be Edward Nettell (1812-1879) and Maria Hocking (1811-1902) of Illogan, Cornwall?
3
Finding personnel records for Railway Company in Panama around 1865?
6
Until what age did little boys in the early 1900s wear dresses?
5
Identifying Australian soldier named Williams in World War I photograph (1917)?
4
Identifying person in two 19th century photos (one from Hannover)?
6
What is date of the photo of woman with wrist watch?