My last name is Falez, which is a fairly uncommon surname. The farthest person back in the family tree that I'm aware of was, I'm told, Slovenian or Austrian, which obviously borders Italy and is in close proximity to Spain. I'm related to almost every single other Falez that I've come across.

I have done a fair amount of research and here's what I know so far.

Does anybody know anything at all about this surname?

Based on @Adrew Rick's answer where he mentioned that the Slovene writing may be "Falež" I entered "Falež ime izvor" into a search engine and found a site concerned with the interpretation of names "Razlaga imen". There it is written

which suggests that Falè comes from Falež or Faleš which in turn comes from Feliks [Felix, Slovene does normally not have an x].

My interpretation: Falež originates from the given name Felix based on the source cited above. Based on what I understand from name research in general I think that the name was possibly given to a person that was "the son of Felix" or "related to Felix" where "Felix" was a person known to the name-givers. It probably later on evolved from an appellation to a surname of its own. This would have to be verified with a name research expert with knowledge about Slovene names.

The website of the Slovenian Statistical Office offers a search for surnames and how often they occur in Slovenia: 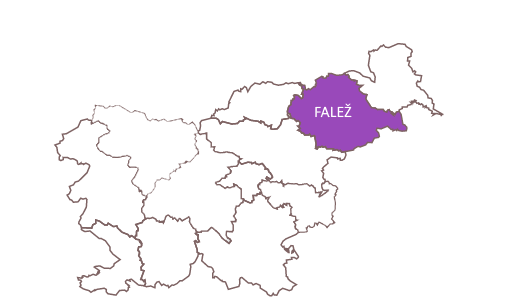 My surname is also Falež. My father emigrated to Australia in 1950 from the village of Orehova Vas, Slovenia. I have relatives in Orehova Vas and Rače. My father asked a professor what the origins of the name might be and he advised that he thought the most likely origin was that some ancestors moved from the village of Fala to the Orehova vas area and were known as the people from Fala or Falaži and this eventually became Falež. Hope you have luck finding your roots.

Not the answer you're looking for? Browse other questions tagged surnames austria slovenia or ask your own question.