My father was drafted into WWII in 1943-44. I have searched online resources extensively for his Draft Registration Card, coming up with nothing. (This surprises me as I have easily been able to find WWI and even Civil War draft cards on other ancestors, on ancestry.com.)

Does anyone have any specialized knowledge of online or analog resources for WWII Draft Registration records for Washington State?

The collection on Ancestry is just the draft cards from the Fourth Registration (April 1942). The US had seven draft registration periods for WWII service.

This is from the Fold3 blog:

I believe the draft records are in two parts: the draft cards themselves, and a series of classification ledgers containing summary details. The ledgers are held by the National Archives.

However, if I understand correctly, the later draft cards are considered 'personal information'. To obtain copies you will need to complete a Selective Service System Records Request Form (NA 13172), and provide either written authority for release, or a copy of your father's death certificate.

If your father served in the US Army, you may be able to find more of his enlistment records in the World War II Electronic Army Serial Number Merged File, available on the Access to Archival Databases (AAD) website.

This dataset contains some nine million War Department microfilmed punch cards on enlistments. However, it is far from complete. For more information, see the 2004 press release from the National Archives.

To search these records, click on "World War II" under the category section:

Then click on the Search button next to the Electronic Army Serial Number Merged File, ca 1938 - 1946 (Enlistment Records):

Fill in the form, using all the information you have, and click the Search button below the form: 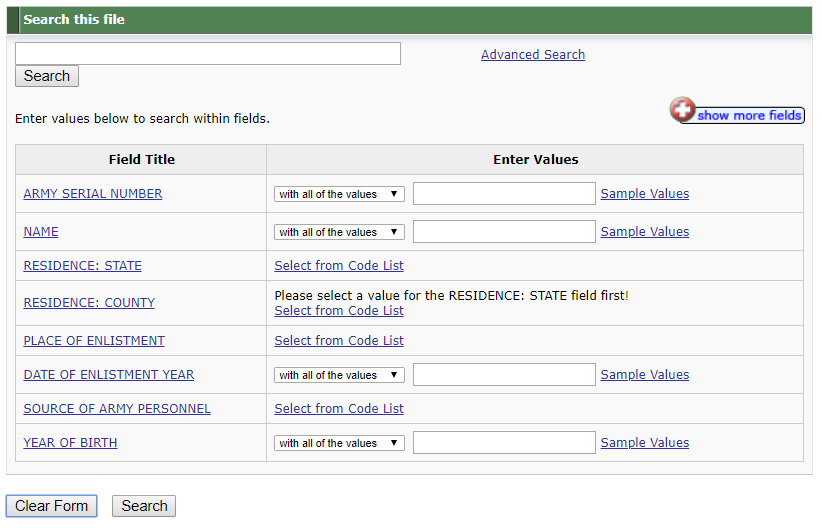 Not the answer you're looking for? Browse other questions tagged united-states military-records world-war-2 washington-state or ask your own question.

4
What are the names of Marie Horjas' parents?
7
How do I decide two signatures match?
7
Determining branch of service for someone drafted into World War I
3
Locating a deceased family member?
7
How can I ensure that I am making a reasonably exhaustive search?
6
Finding death record for Sarah Jane Tompkins Furman in Washington, New York or another state after about 1910?
8
Requesting copies of WWII Draft Registration cards?
5
Seeking additional genealogy resources for New York between 1775 and 1850?
6
Finding more information about Rhode Island grave stone bearing date range 1897-1923?
5
Cannot find an immigrant in the 1860/70 US Census