Does Cause of death being Convulsions suggest Cholera?

Not sure if you can help with this. I received the death certificate of my 3rd Great Uncle today. He died on 15th July 1851 in Bulford, Wiltshire, England and sadly was only 14 days old.

I know that his mother was buried on the same day (19th July 1851) but I have not ordered her death certificate yet.

The cause of his death reads: 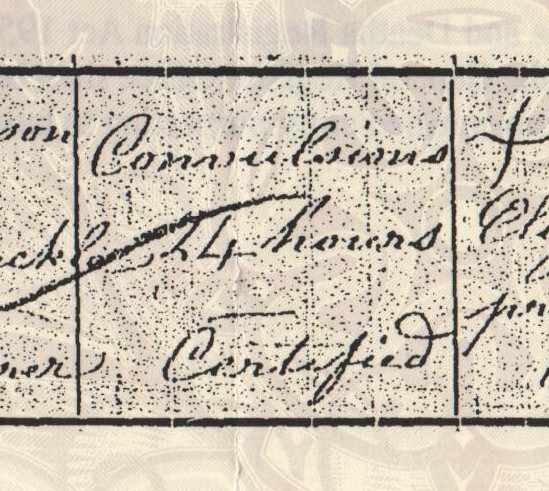 I think that is saying:

Do you agree? I notice that on Ancestry it says there was an epidemic of cholera in the UK during 1851. I don't know if convulsions is a symptom of that? I was hoping his death certificate would shed more light since he died at the same time as mum (or thereabouts).

Just to let you know I received his mothers death certificate today. Her cause of death (on the same day) was:

According to these various links this is related to chilbirth:

How this fever affects a baby that has been born I can't say.

Cholera often leads to derailments in the electrolyte balance of the body, which can also lead to neurological symptoms. According to Sack (The Lancet, 2004), "severe muscle cramps of arms and legs are common."

As there are other causes of convulsions in infancy (fever cramps, early-child epilepsies, epileptic seizures in the context of systemic diseases, ...), it remains unclear whether the child suffered from cholera.

Not the answer you're looking for? Browse other questions tagged england cause-of-death 1850s or ask your own question.

10
Who are the parents of George Juden?
4
Locating records of a man employed by Rufford Abbey for 70 years?
0
What was "Chronic Endeidis"?
8
Strategy to find death of individual with common name?
1
Seeking info on merchant marine who died at sea mysteriously in 1952?
5
Deciding between multiple birth names and dates?
2
Deciphering death certificate writing
4
Determining cause of death from Spanish death certificate
10
Why would the ages on a 1877 Marriage Certificate be so wrong?