What is date of the photo of woman with wrist watch?

I've got the following photo that I'm trying to identify the woman wearing a diaphanous shawl in it, and thus would like to estimate the date and location of the photo and age of the woman: 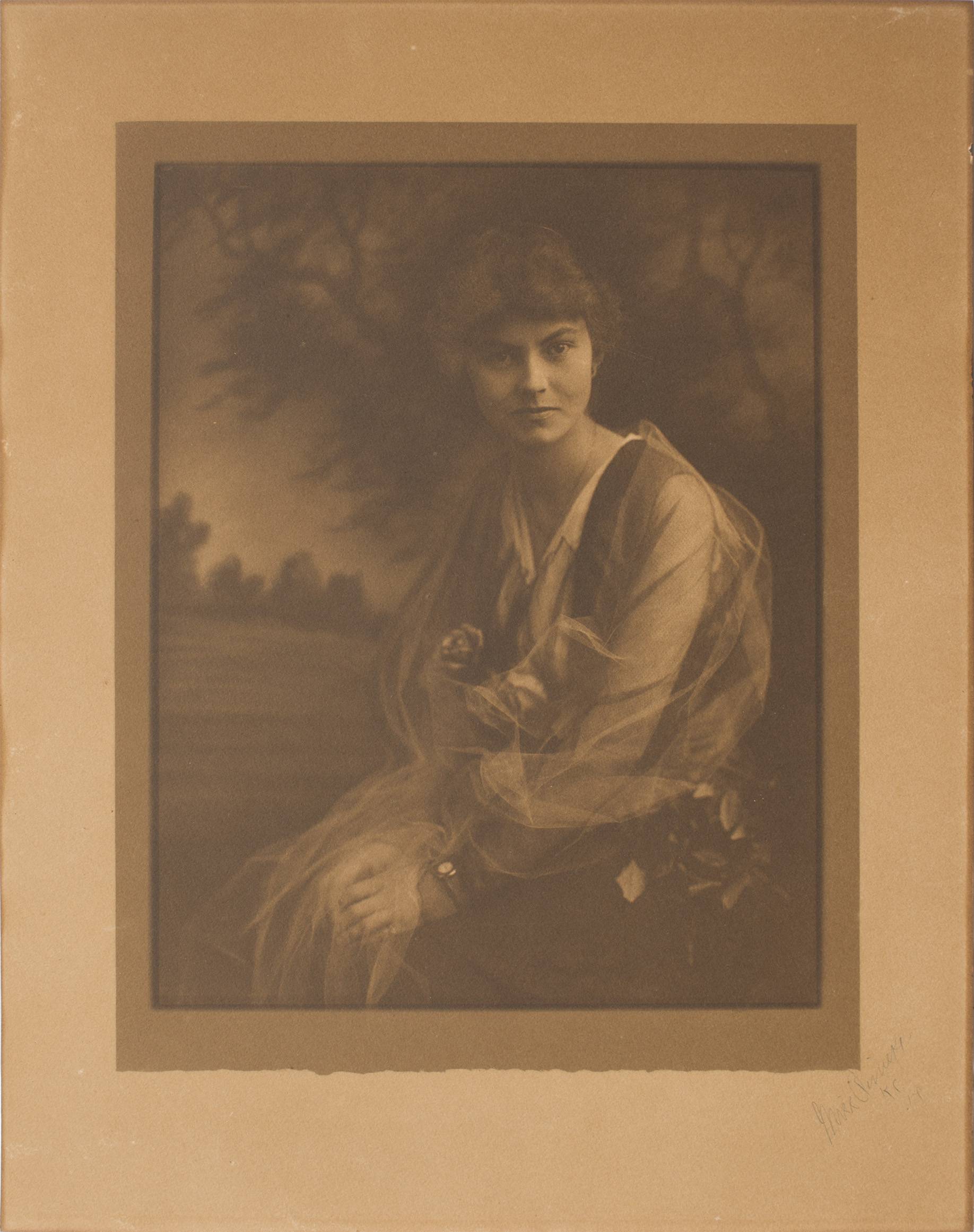 The watch might be a good clue to help date it (also note the pinky ring): 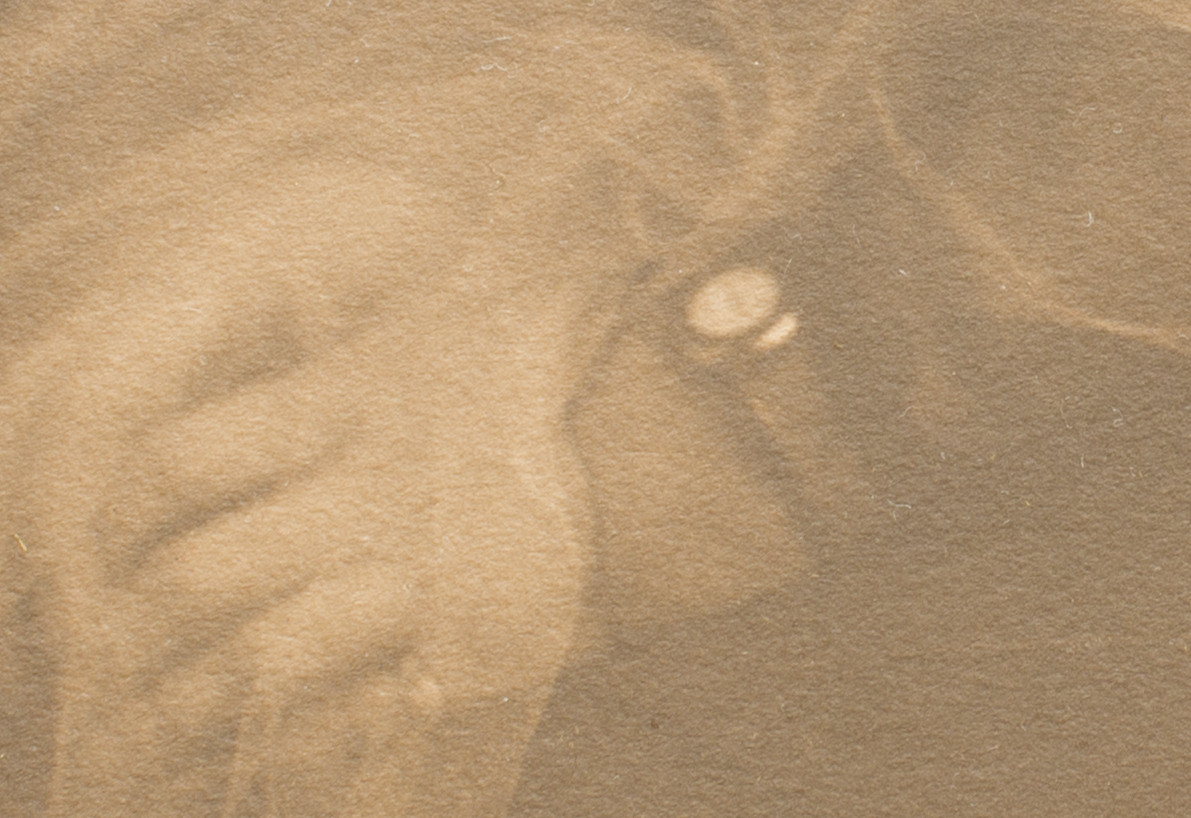 When were watches in fashion to wear and does the style of the watch offer any dating information? Were diaphanous shawls in fashion for photos in Texas?

The annotation written in lower left may help locate the photo: 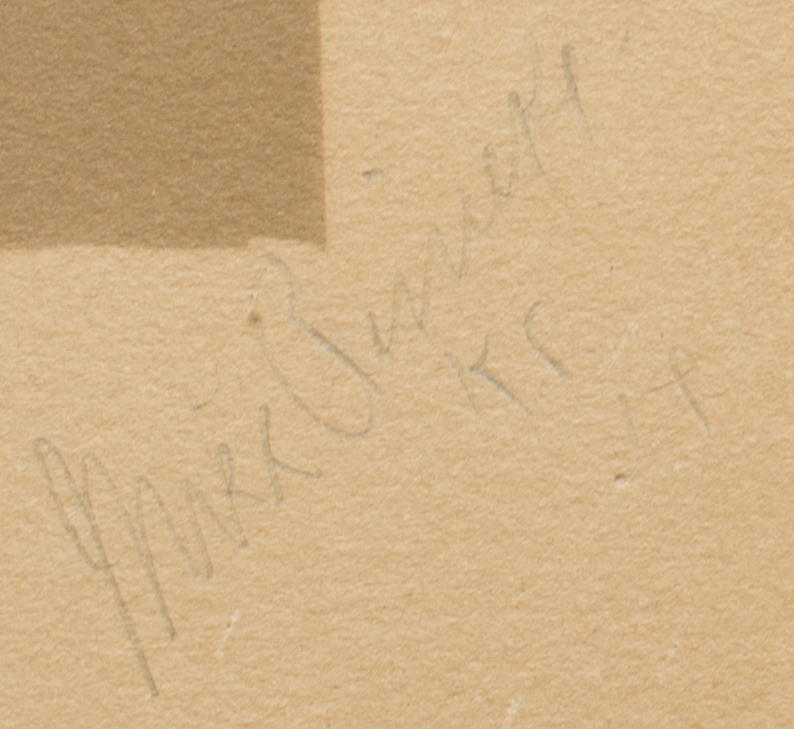 Do you think KC is Kansas City? Do you think 14 is 1914 or the number of the photo? Could the name be the subject or the photographer? One candidate for the subject is a Mrs. Carroll., but I don't read the writing as quite stating "Mrs. Carroll" and maiden Maggie Thorp married Carroll in 1921. Maggie lived in Irion County, Texas in 1914.

Here is detail of the face: 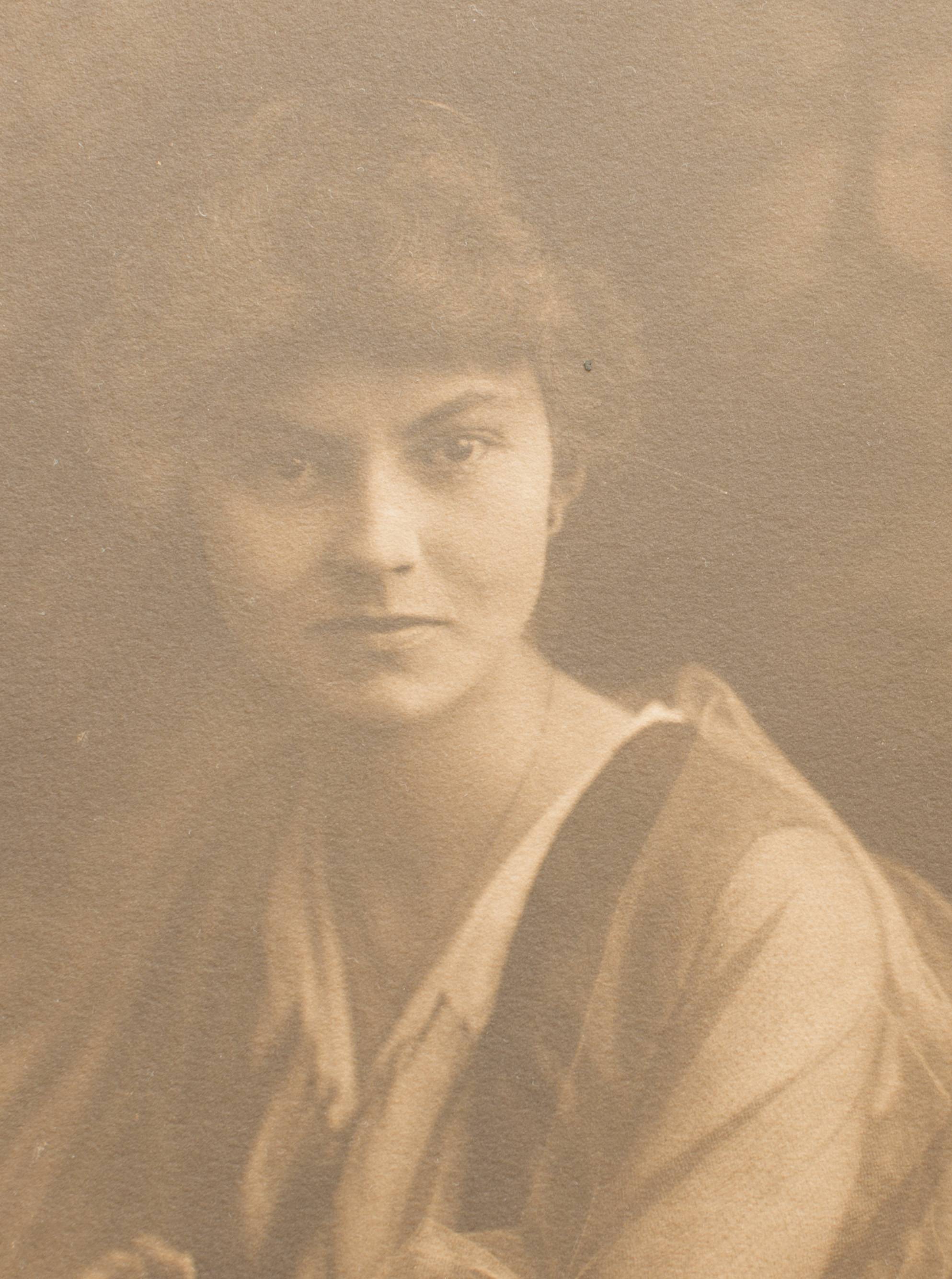 Here is known photo of Maggie Thorp taken around 1921 or after (about age 27 or older) taken with her husband in Bryan, Texas (would they have been professionally photographed before marriage?) (Full photo is here): 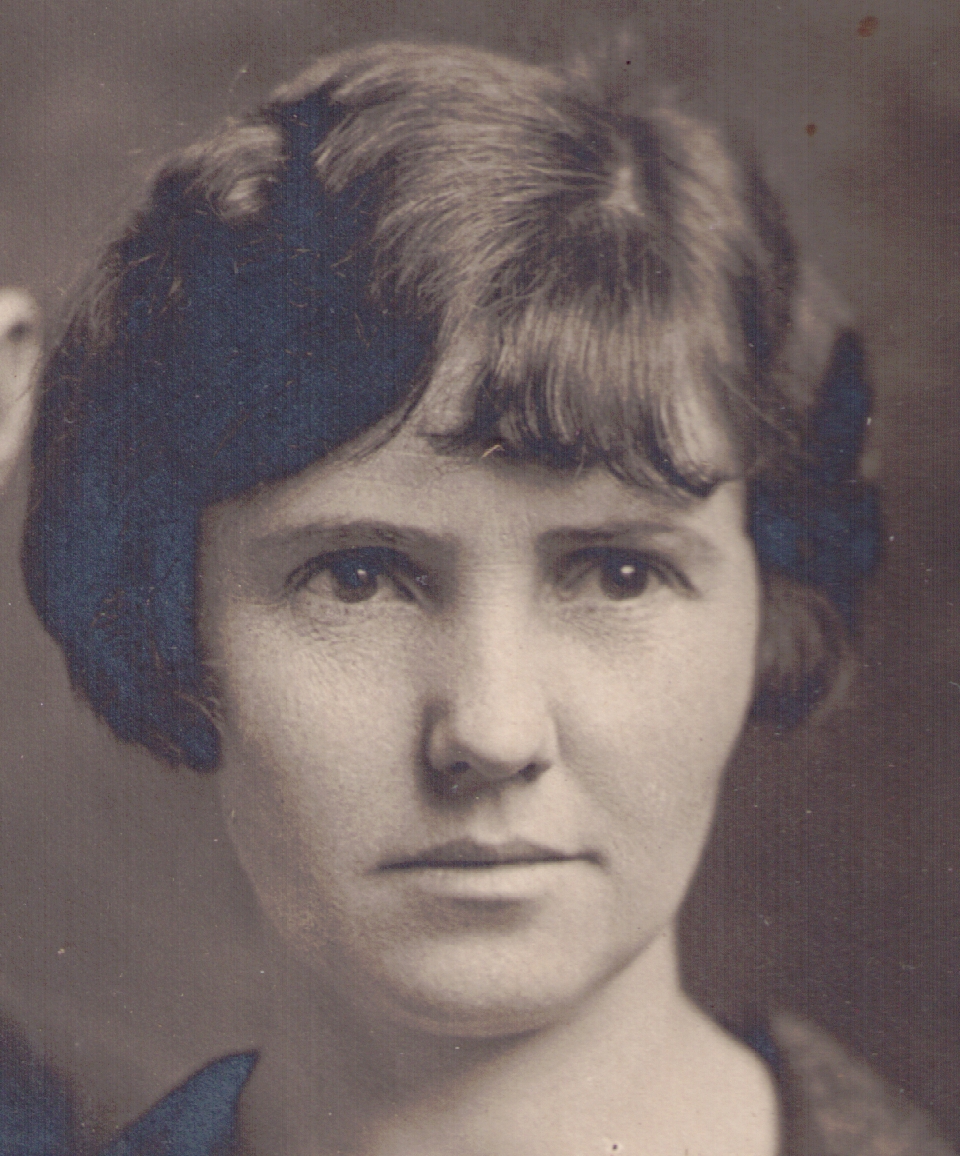 Does this appear to be same person, or just a close relative that looks similar?

The photograph portion of the print measures 7.5" x 9.5". The back of the print has this annotation in the upper right corner: 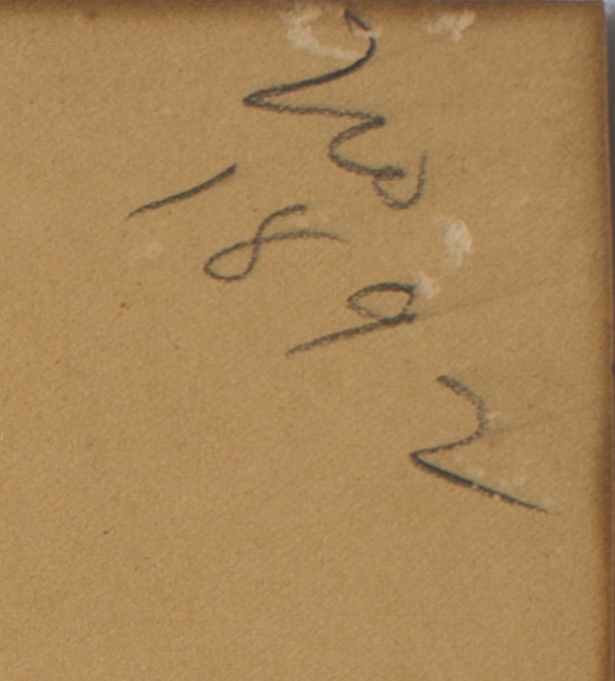 That appears to read "No 1892" which I'm thinking is the photograph number for the studio and not the year.

So in summary, does this photo and wrist watch appear to be from 1914 and does the woman look to be 20 years old and match the 27 year old known photo?

Another unknown, possibly of the same family, possibly the same person: 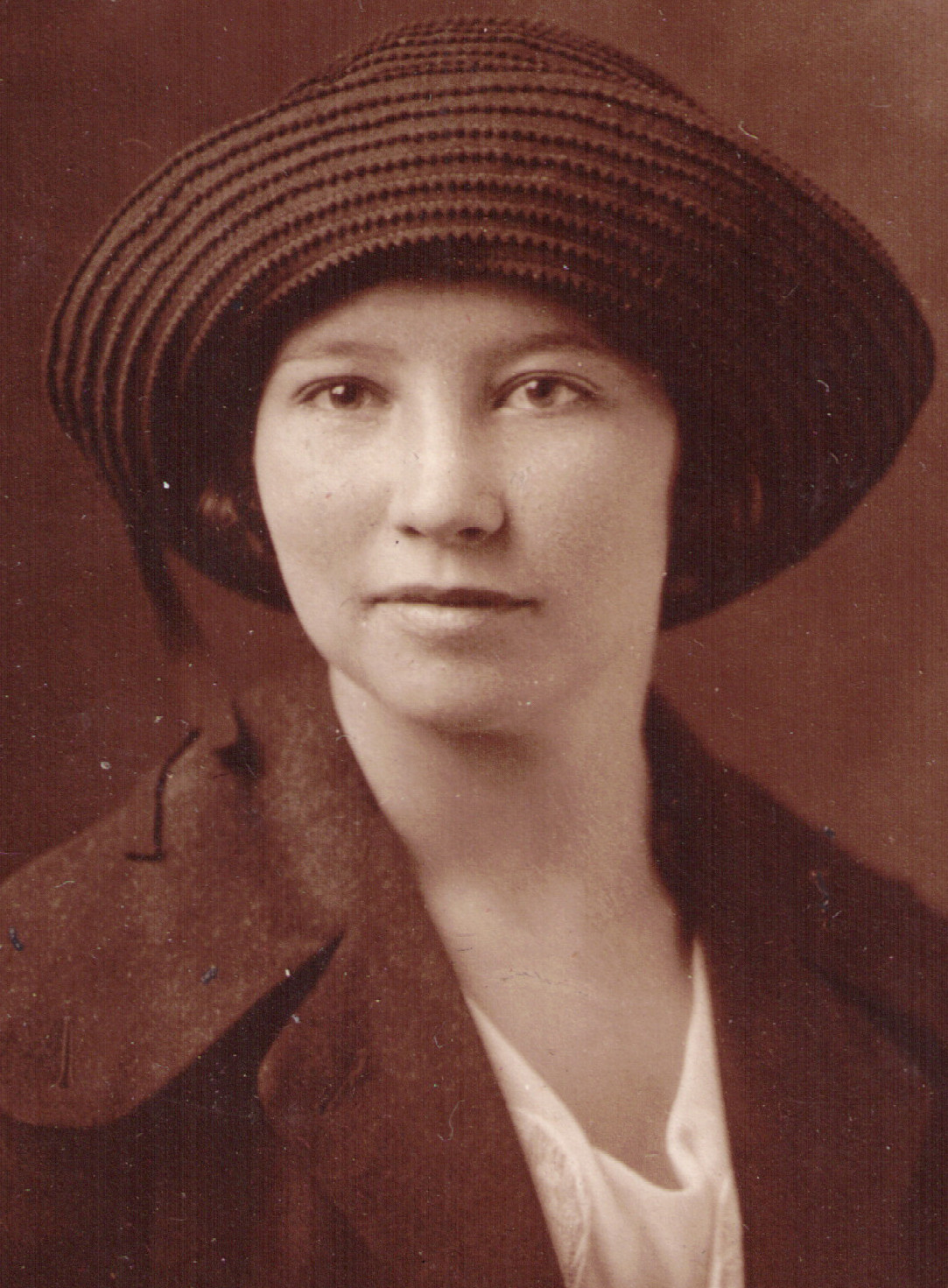 And here is known sister to Maggie, named Gussie married to Mr. Edens: 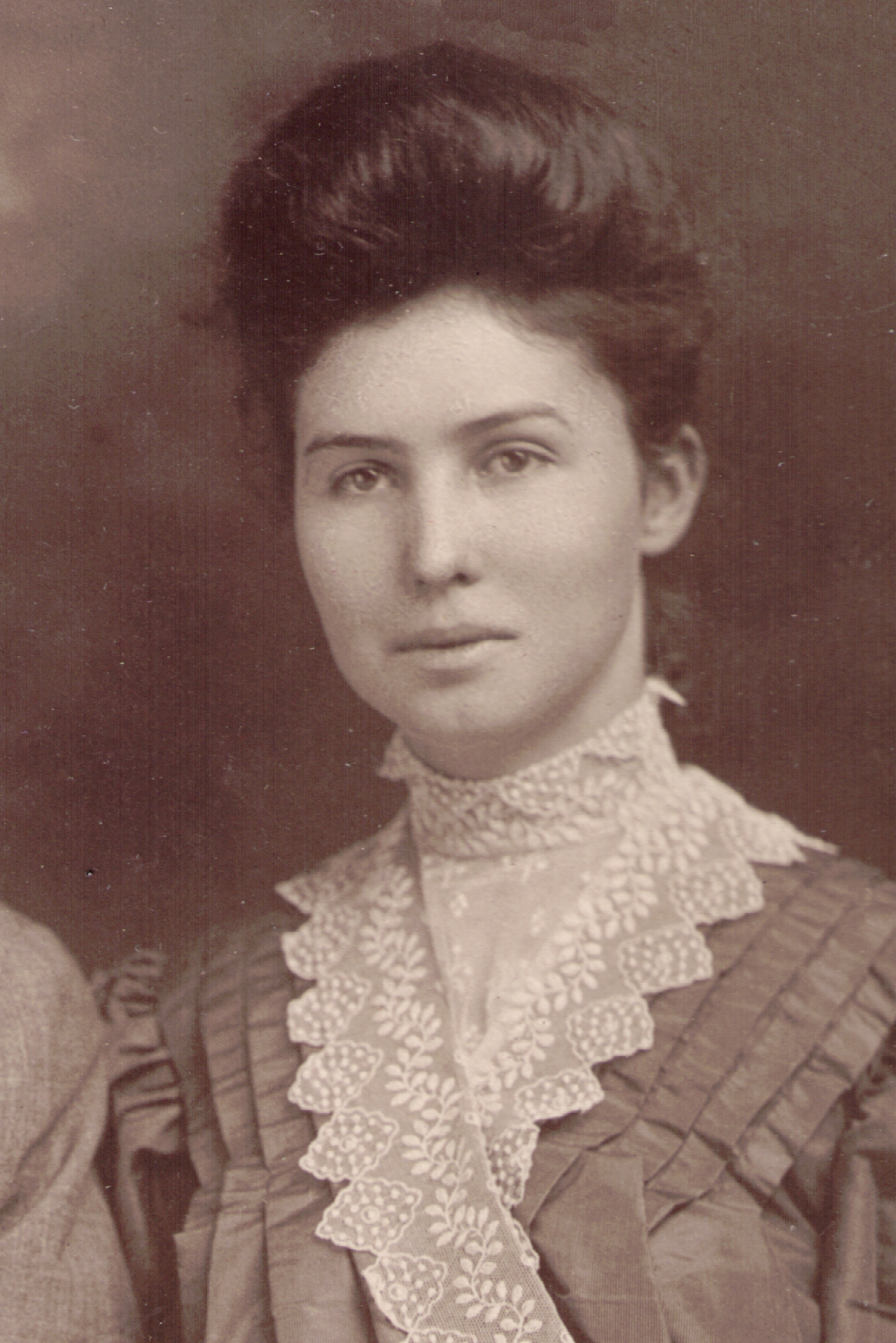 There are three sisters in this family, the third is Mollie, but I have no photos of her and she died in 1923 at age 27. She was married to Mr. Raley. I found this paywalled Ancestry.com yearbook picture that appears nothing like these photographs, very large nose.

Wristwatches enjoyed a significant increase in popularity during the First World War. Their convenience over pocket watches was a driver for this.

I have inherited my grandmother's wristwatch, which is of a very similar style to the one in the picture. The thick curved bezel is distinctive. The watch is hallmarked 1920.

I would date your picture to within a couple of years of this date.

The women is identified to be Ola Mundy in 1914. This was determined by finding a second photograph, of same size, of same date, which written on the back cardboard said Miss O. Mundy, 710 S. Park, Indep, Mo. 1914 is right before she got married in 1915, so these appear to be engagement photos. 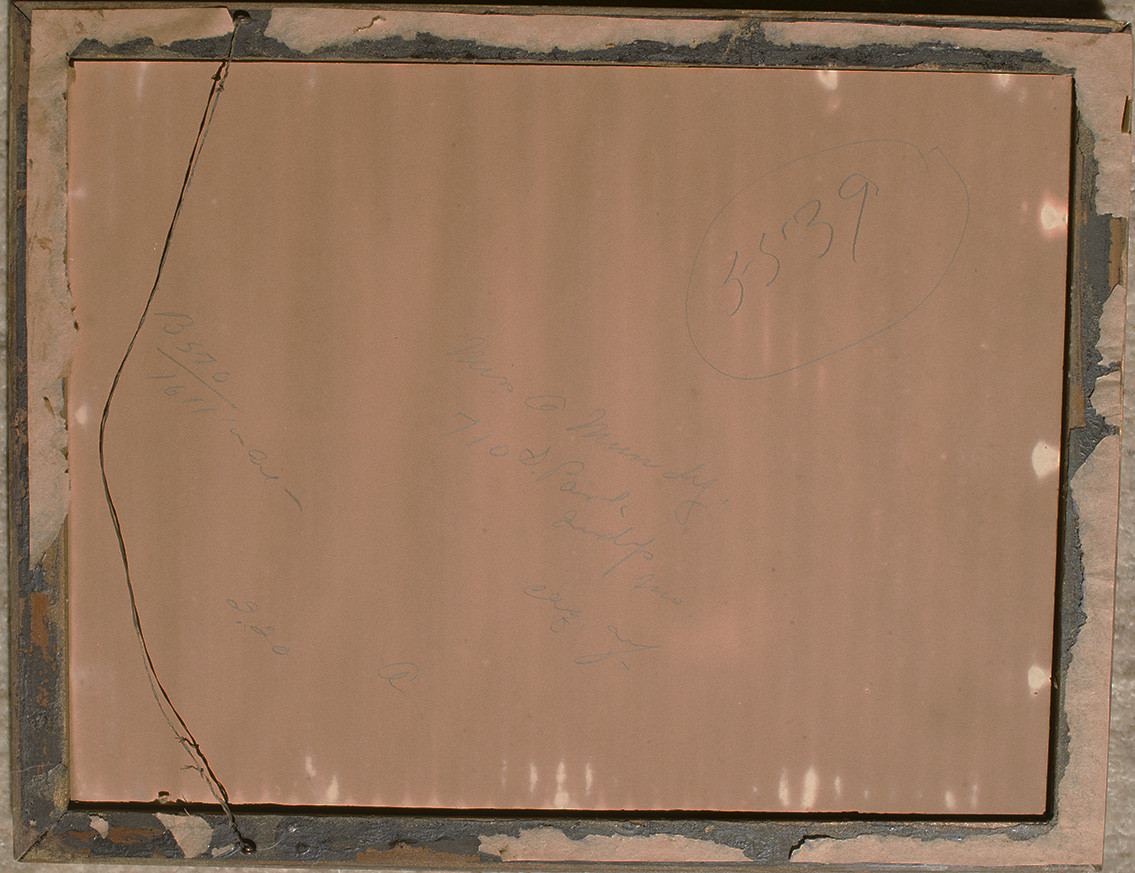 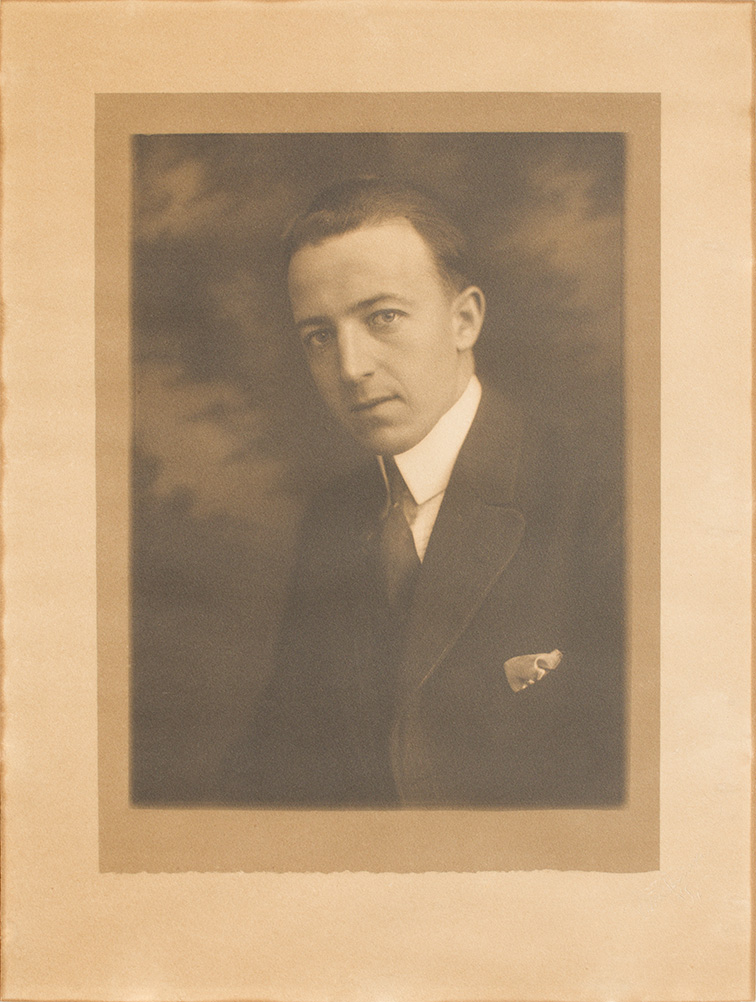 Not the answer you're looking for? Browse other questions tagged 20th-century photo-identification photo-dating or ask your own question.

8
Help determine date of photo from Tuscaloosa
10
Dating this photograph of a younger Emma (Vig) Froiland
3
Identifying photograph which may be Margaret Morgan (1808-1902) taken at Bridgend, Glamorgan, Wales?
3
Dating and identifying Penzance photos – are they of George and Fanny Wills?
6
Until what age did little boys in the early 1900s wear dresses?
5
Identifying Australian soldier named Williams in World War I photograph (1917)?
7
What uniform is this (US Army branch, where and when)?
4
Identifying person in two 19th century photos (one from Hannover)?
5
What is the date and rank of this photo of a British soldier?
1
Approximate Date of this early 20th century photo?