I have another death certificate that I am struggling to read! This one is for my Great Great Grandmother who passed away in 1917.

I know that she died at Roundway Hospital in Devizes which was an asylum at the time. 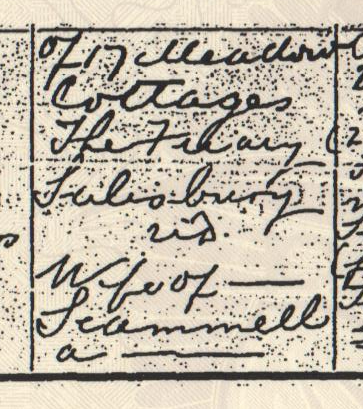 I can make out:

of 17 Meadow Cottages, The ??? Salisbury 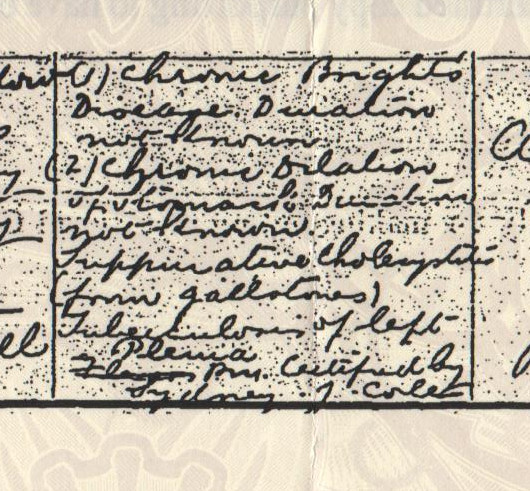 There is also an extra bit on the right of the certificate that seems to be corrections: 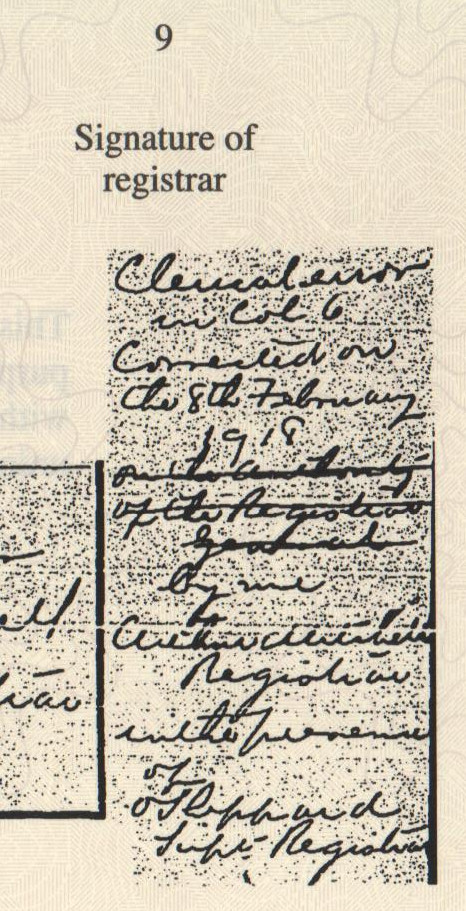 The writing is small and I can only make out bits of it.

I think the first part is:

I would guess from this that her husband's surname was Scammell but neither his forename nor his occupation were given. The informant, probably a hospital employee, may simply not have known.

The cause of death section is:

"PM" probably indicates that a postmortem was carried out. From the GRO's guide (PDF) to death certificates, "Certified" means " the cause of death was given by the doctor in medical attendance of the deceased", i.e. Sydney Cole.

I think that the "primary" cause of death is (1), and (2) was causative or contributory to (1). The following non-numbered entries are other significant health issues that may have contributed to the death but were not immediate causes.

The final note is indeed a correction, and it appears itself to have been corrected, judging by the struck out text:

Clerical error
in Col 6
Corrected on
the 8th February
1918
on the authority of the Registrar
General
By me
Arthur Mitchell
Registrar
in the presence
of
O Sheppard (?)
Supt Registrar

Column 6 is the cause of death. If you look at the bottom of that section, "pleura" is written in above a crossed-out word that I can't read clearly. I think that is the correction of the clerical error that this refers to.

Not the answer you're looking for? Browse other questions tagged palaeography death-records cause-of-death or ask your own question.