I posted a previous question about my great-grandmother before but I ordered her birth certificate from the New GRO index https://www.gro.gov.uk/gro/content/certificates/indexes_search.asp

However, the name of her father is missing. What are some reasons why he would be missing from here? How can I trace my family tree without this information? 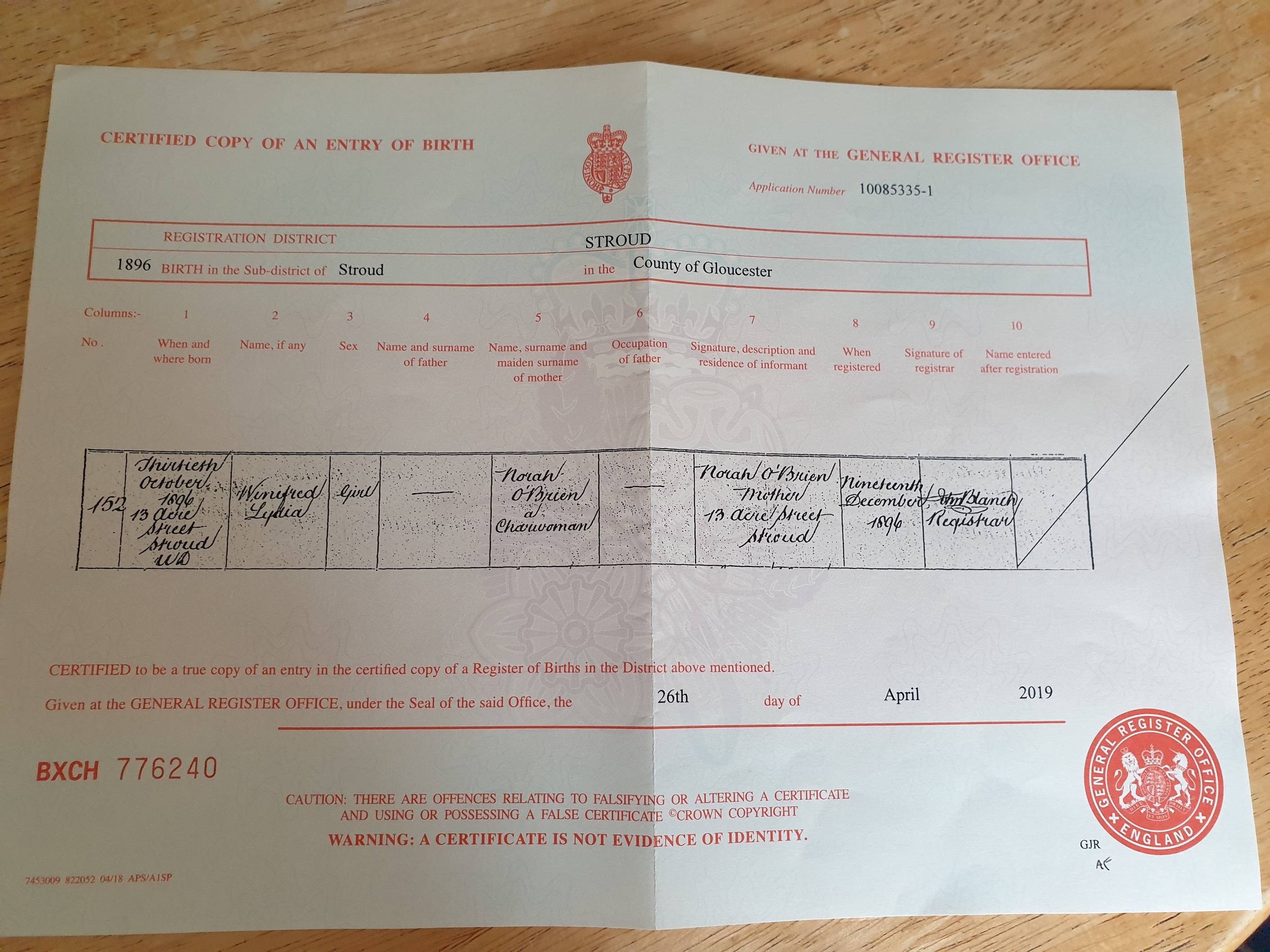 Researching the father of an illegitimate child is a challenge. You should try to apply the FAN principle by researching the family friends neighbours and associates of the mother before the birth -- for example, where was she in 1891 and who was she living with? -- and afterwards -- sometimes the mother went on to marry the father of her child, or otherwise associate with him.

The Gloucestershire Chronicle and the Cheltenham Chronicle for 24 June 1899 both have reports of Norah O'Brien being charged with stabbing Edward Goode with whom she lived... and "there was ... three children of hers in the house" (so not apparently his, or he wasn't admitting they were his). She was also in trouble with the law in 1893 (drunkenness). I note from the 1901 census that stabbing Edward does not seem to have broken their relationship.

You should also investigate via newspaper reports and court records whether she applied for maintenance of the child from the father...

As she had 3 children by 1899, you will want to investigate who the father of the other two were.

Also, DNA testing of her known descendants should provide some information. There are children in the 1901 census who will almost certainly be children of Norah and Edward, so DNA testing of their descendants as well as yourself should let you confirm or rule him out as the father.

Not the answer you're looking for? Browse other questions tagged england birth-records united-kingdom parentage illegitimate or ask your own question.

4
Birth registration listed in Ancestry but missing from GRO Index Online?
5
Conflicting names of ancestor's parents from different records?
1
Why is my ancestor missing from the New GRO Index - England?
1
Where can I find more detailed prison records - Stroud, England?
4
Did my potential ancestor lie about his wife dying so that he could marry again?
2
Dealing with different birthplace and names of parents in England?
11
England - What are some possible reasons an ancestor would name his accountant in his will as a beneficiary?
10
England - what are some possible reasons that my ancestor only listed his daughters in his will and none of his sons?
0
False name on birth certificate