Here is the photo: 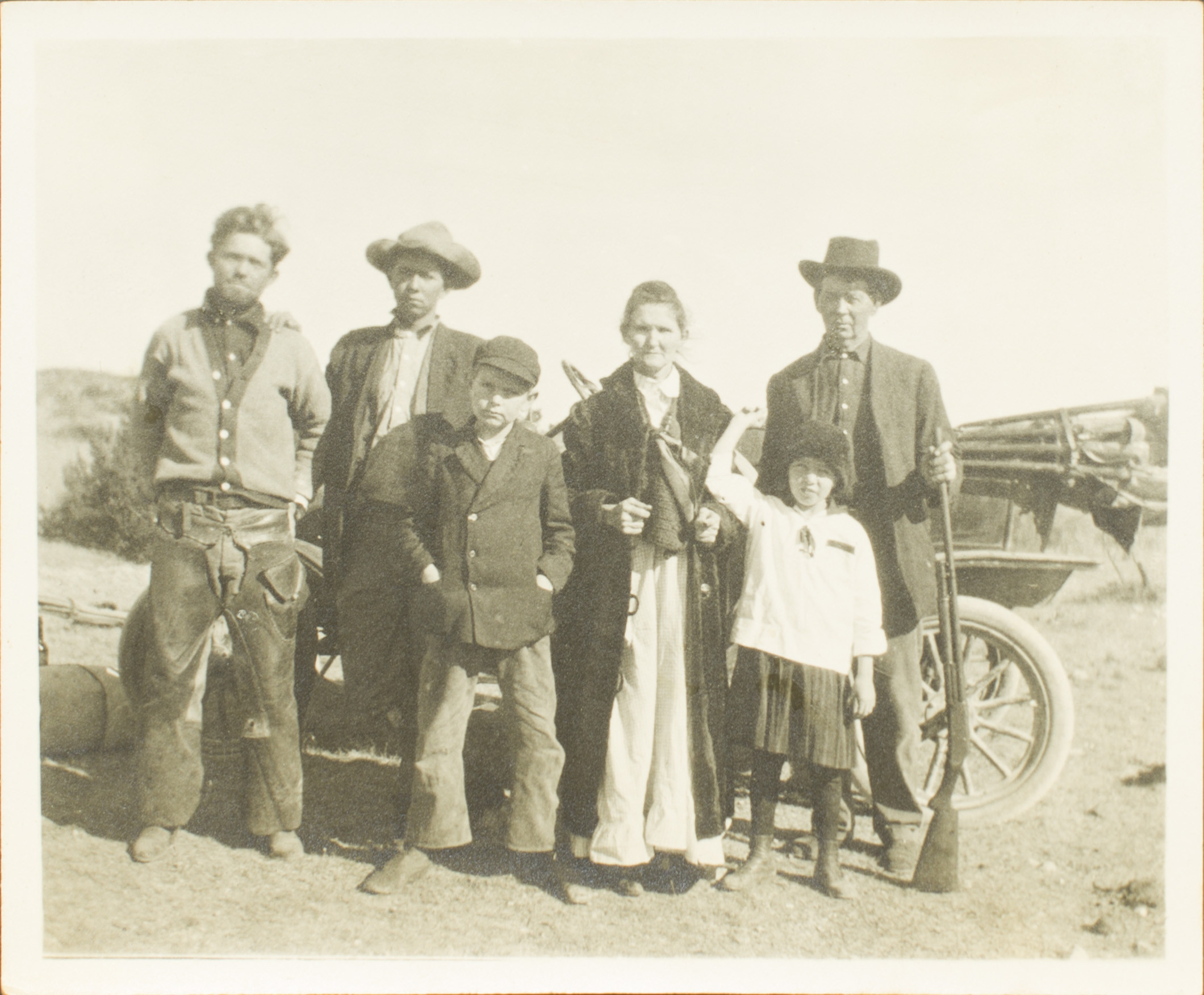 I'm guessing it is around 1915, but wondering if there are clues in the photo to date it better? The photo measures 3.25" x 3.875" and is probably taken in Texas. Does the clothing, rifle, or car behind them give clues?

The gun looks like a shotgun rather than a rifle. It could be a model 97 (1897) Winchester shotgun. And, that is a Model T Ford. The model T began production in 1909. So, the photo can't be older than that. The production of the model T peaked in the 1920s, so that seems likely, although they were popular for decades. It's possible a model T expert could identify the particular style and narrow it down. The young girl's clothing and hat suggests 1920s to me. Women's clothing and hair styles are often useful for dating photos because they change frequently with fashion.

Not the answer you're looking for? Browse other questions tagged 20th-century photo-identification texas or ask your own question.

7
Seeking publication specifics for a 20th century news article (USA)
7
Searching and analyzing Valuation Rolls in Scotland in the early 20th Century?
5
Dating photograph of car, man and dog from perhaps 1930s/40s in Texas (or perhaps Missouri)?
5
What year does this toy tricycle appear to be?
6
What year is this photo likely taken?
4
Can you date this photograph of my grandmother Elsie Lillian Hall Kerby?
5
What is the date and rank of this photo of a British soldier?
7
What is date of the photo of woman with wrist watch?