Does George B Sperry logo on fold case for photos indicate photographer or case manufacturer?

I've got a married couple in two portrait photos inside a folding case measuring 7.25 x 9.25 inches that was taken in approximately 1940. On the back outside lower right corner is this logo: 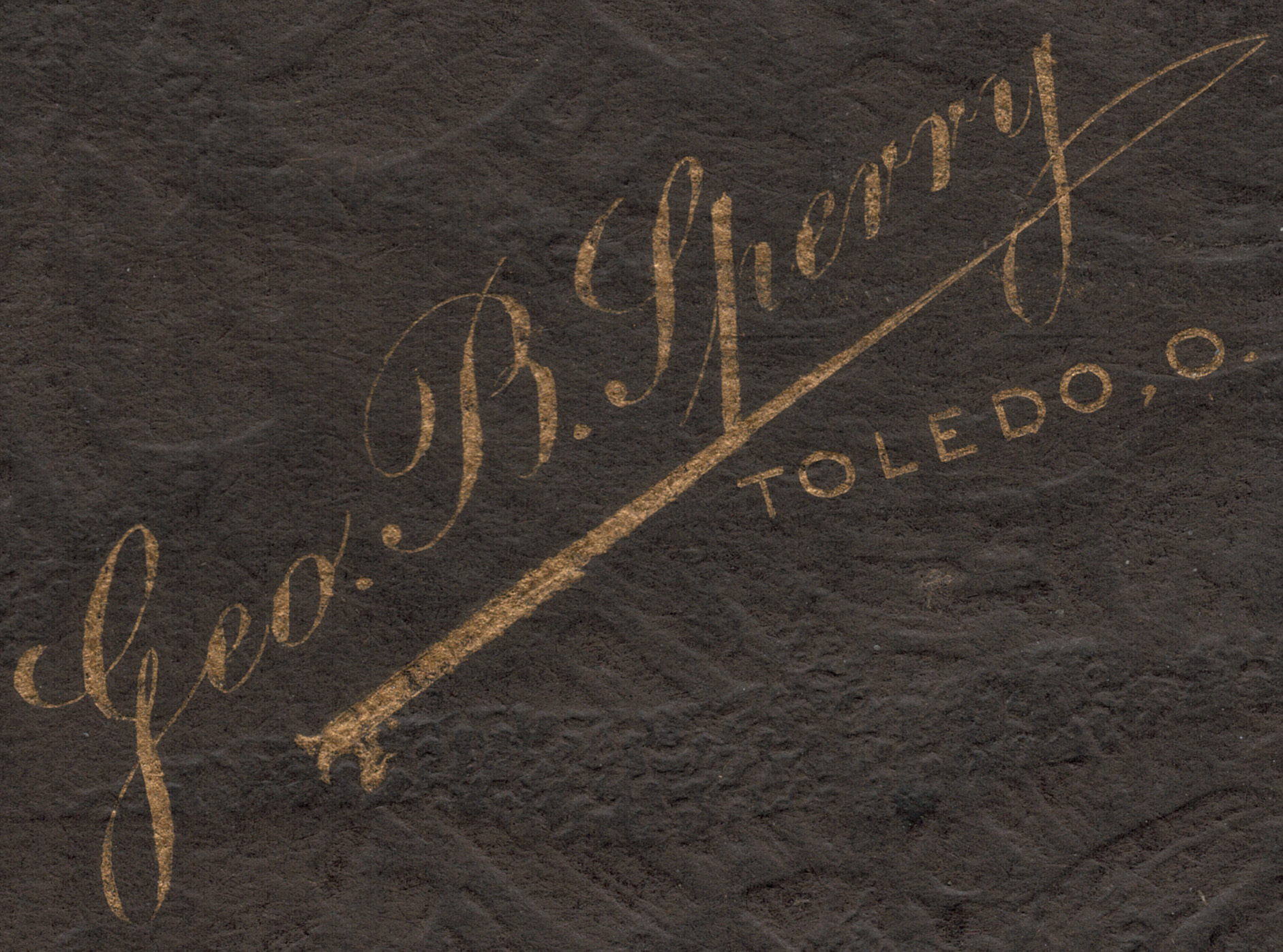 Is George B. Sperry of Toledo, Ohio the photographer or the manufacturer of the case?

I'd like to know whether the photos were likely taken in Toledo or not.

20th-century photo-identification ohio
Share
Improve this question
edited May 18 '19 at 22:52

George B. Sperry apparently owned the studio where the picture was taken. However, this could have been any one of several studios in Toledo.

According to Ohio Photographers: 1839-1900 by Diane VanSkiver Gagel, George B. Sperry owned several studios in Toledo:

When he came to Toledo, he was associated with the Fillmore studio on Summit Street, and later purchased the business. He was also associated with C. L. Lewis at one time. In 1893, Sperry took over the studio of Arthur & Philbrick at 319 Summit, and employed four assistants. He also had studios in East Toledo and other locations, and operated a studio at 900 Adams Street during the 1890s.

Not the answer you're looking for? Browse other questions tagged 20th-century photo-identification ohio or ask your own question.

4
What does it mean for woman to have the title of Mistress in a marriage record?
11
Could an Ohio resident be in the Indiana militia? (Timeline resolution)
3
Dating and identifying Penzance photos – are they of George and Fanny Wills?
5
Seeking software for automated facial recognition from photos?
6
What is date of the photo of woman with wrist watch?