Identification of an old postcard

A question quite very similar to this one. I have an old postcard, probably around WW2 era, probably sent from Germany. Unfortunately this postcard is empty when it comes to handwriting or otherwise personal elements: 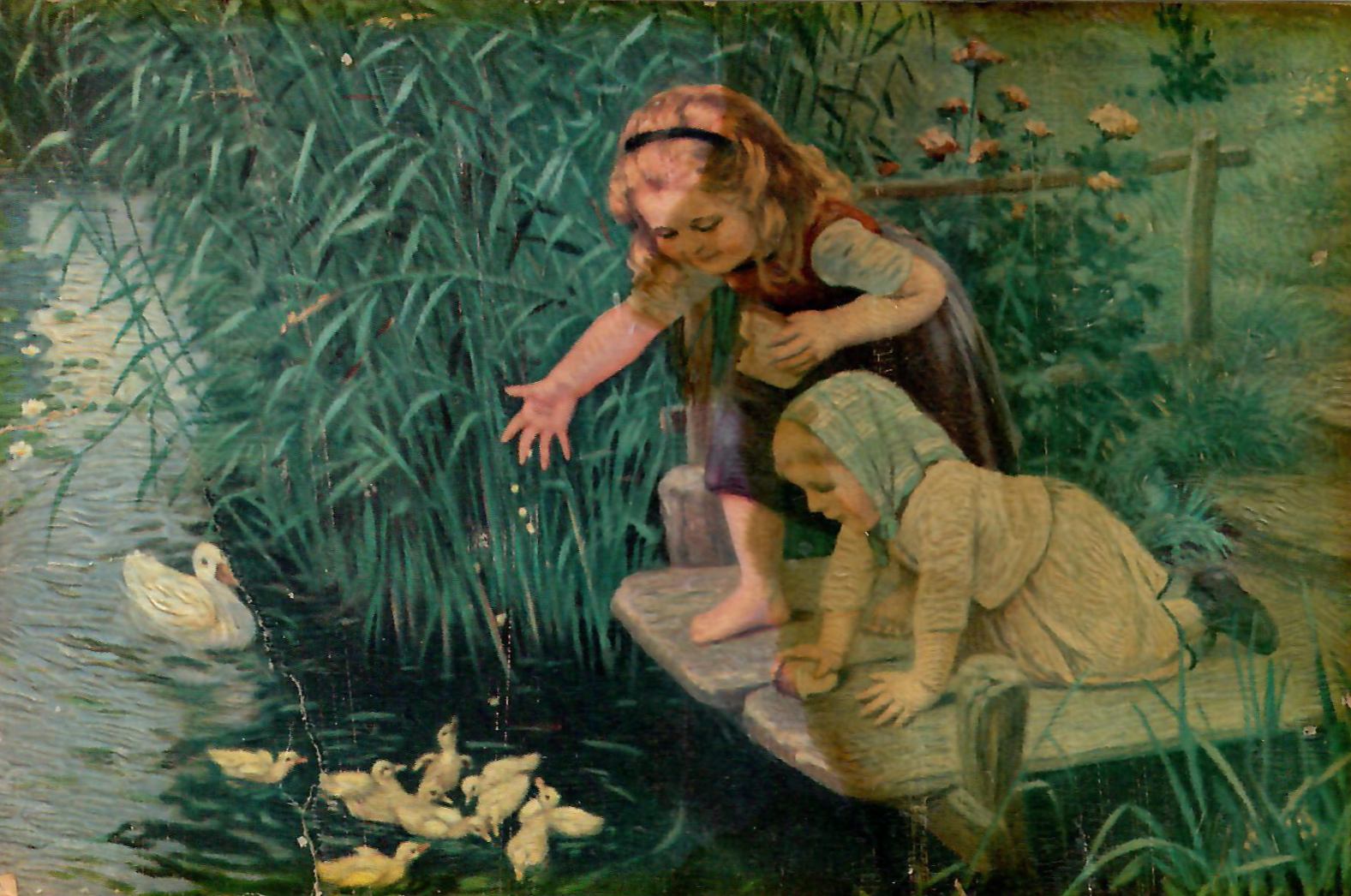 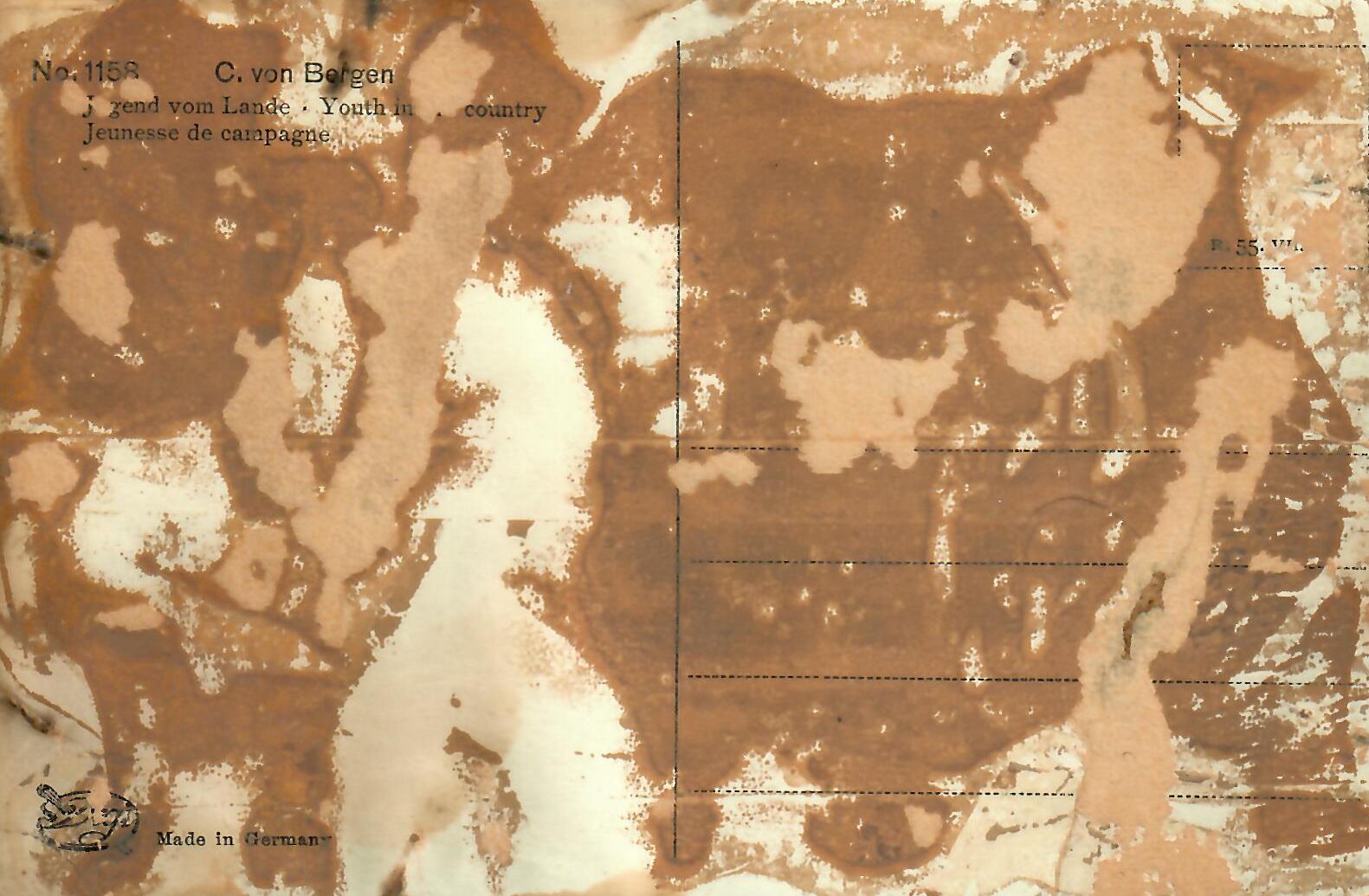 This postcard may be the only existing element to identify a missing person in my family tree and thus the most important part for me is to identify the age of this post card or a year when it was published. Which could allow to estimate the year this postcard was actually sent and by this -- to verify or reject the suggestion that this particular person (assumed to be the one, who sent this card) was living and that given age.

I managed to figure out that this particular postcard includes a reproduction of Carl von Bergen's painting -- one of many around "feeding the ducks" theme (like this one or this one).

The painting is titled "Jugend vom Lande" ("Youth in the country"), marked "Made in Germany" and "number 1158" though I don't know if this is Carl von Bergen's painting number or postcard number. I am unable to recognize publisher marking (lower left side of revers of the card).

Most of Carl von Bergen's works were painted by the end of nineteenth century or in the beginning of twentieth century, but this says nothing about the year of publication of this postcard or about the date, it was sent.

Can anyone help in this case?

world-war-2 world-war-1 photo-identification
Share
Improve this question
asked May 21 '19 at 15:15

The publisher logo in the bottom left corner of the reverse side shows this card to have been published by Deutsche Gemälde-Industrie Georgi & Co. or Degi for short. According to Ansichtskartenversand this publisher was active from about 1915 to the end of World War II, with peak popularity of their postcards during the 1920s. I was unable to find a narrower time frame when this postcard series was published. There also do not seem to be any markings dating this particular postcard.

Not the answer you're looking for? Browse other questions tagged world-war-2 world-war-1 photo-identification or ask your own question.

6
Translating WW1 German postcard?
6
What is date of the photo of woman with wrist watch?