Currently researching U-boat World War 1 activity on the west coast of Ireland. Attached is a copy of Defence of Realm Act Nov 1914.

Also attached is a copy of a Petty Court Session in Mayo 1918, Steelaun where a relative of mine was fined for having a light in her house visible during sunset and sun rise in contravention of realm act. There was U Boat activity all around this coast line area. There is also anecdotal info on U Boats stopping at lighthouses, isolated inlets along coast etc. for fresh supplies as bread, milk from sympathetic parties?

Please note electrifcation did not occur until the late 1940S 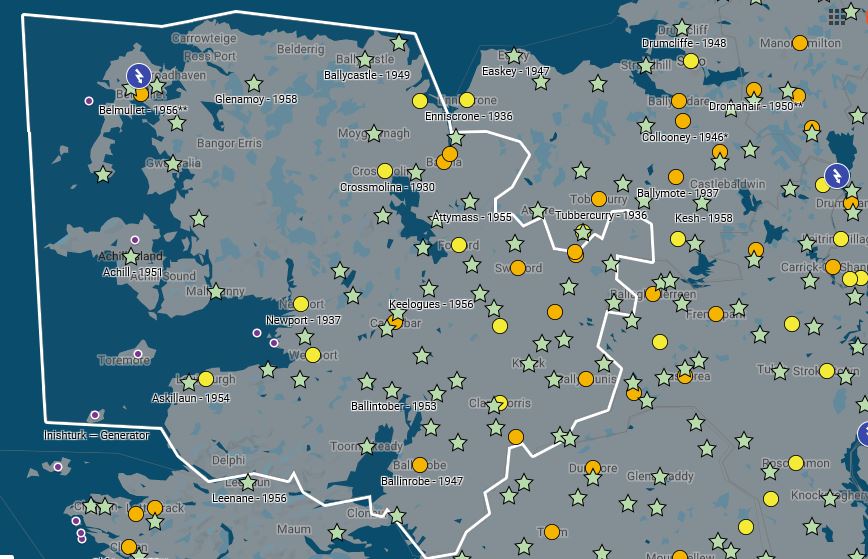 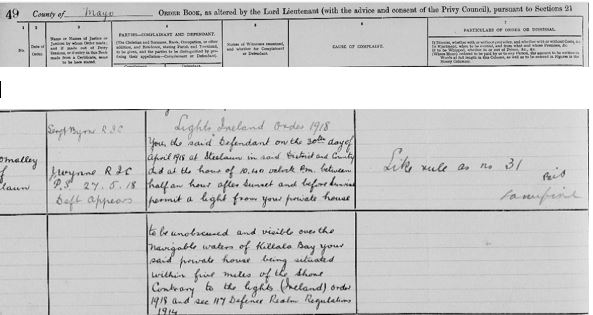 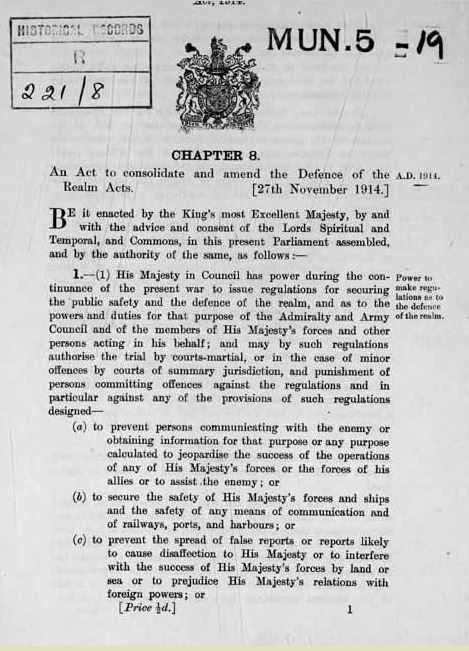 A German submarine made contact with some fishermen off the coast. A fuelling was established. Our organisation had nothing whatever to do with this. It appears one Gallagher, a sailor from Belmullet, found his way into the German service, and it was through him contact was made with two brothers (Walsh) pals of Gallagher. Petrol was conveyed some twenty-five miles to the townland of Carrateigue, German arms of some description were landed. This was virgin country, as we [the IRA] had not as yet penetrated, but as a result of information received I interviewed one Rowen, of Stonefields, Carrateigue. I arranged a further A German submarine made contact with Furthermore I was presented with a German Parrabellum by the He didn't deny or confirm anything. I arranged a further meeting, but he newer turned up. I'm confident that some arms and ammunition were landed, as years later, while working as foreman in the same district, on road construction and demolishing an old house for road, I found some rifle bullets in walls; the bullets were of foreign origin. Furthermore I was presented with a German Parrabellum by the local teacher - Master Doherty (deceased). This weapon was later, while in the custody of another man, captured by the then Free State army.

Not the answer you're looking for? Browse other questions tagged world-war-1 navy merchant-navy or ask your own question.