Locating "Bankhead of ..." in parish of Forfar

I am attempting to determine the location of an area whose name is difficult to read on two parish records from the parish of Forfar: 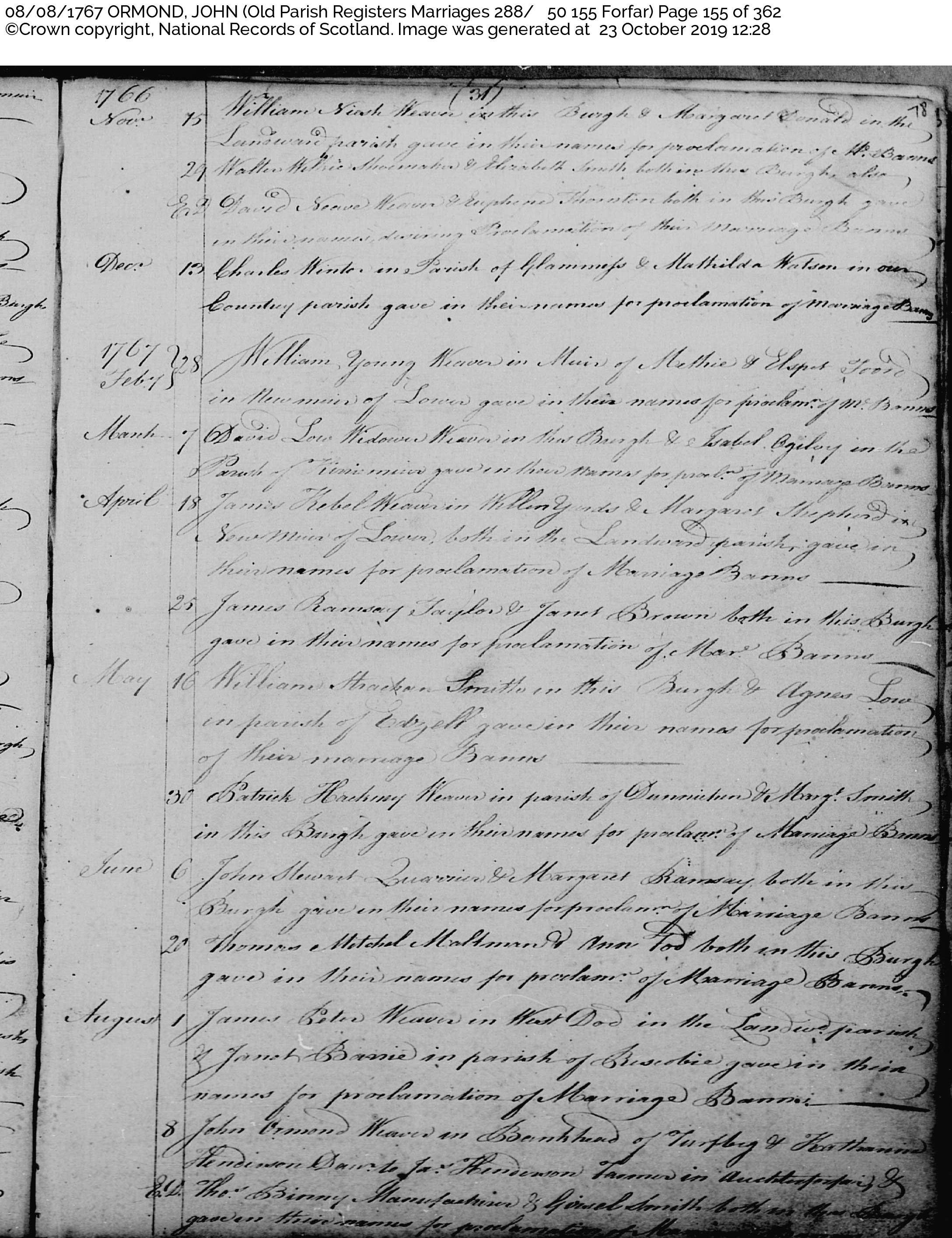 The birth of Charles Ormond to the above parents in 1776 (top of the record):

"John Ormond weaver in Bankhead of T...ing & Katherine Henderson his spouse had their child's name registered called Charles, being born and baptized this day." 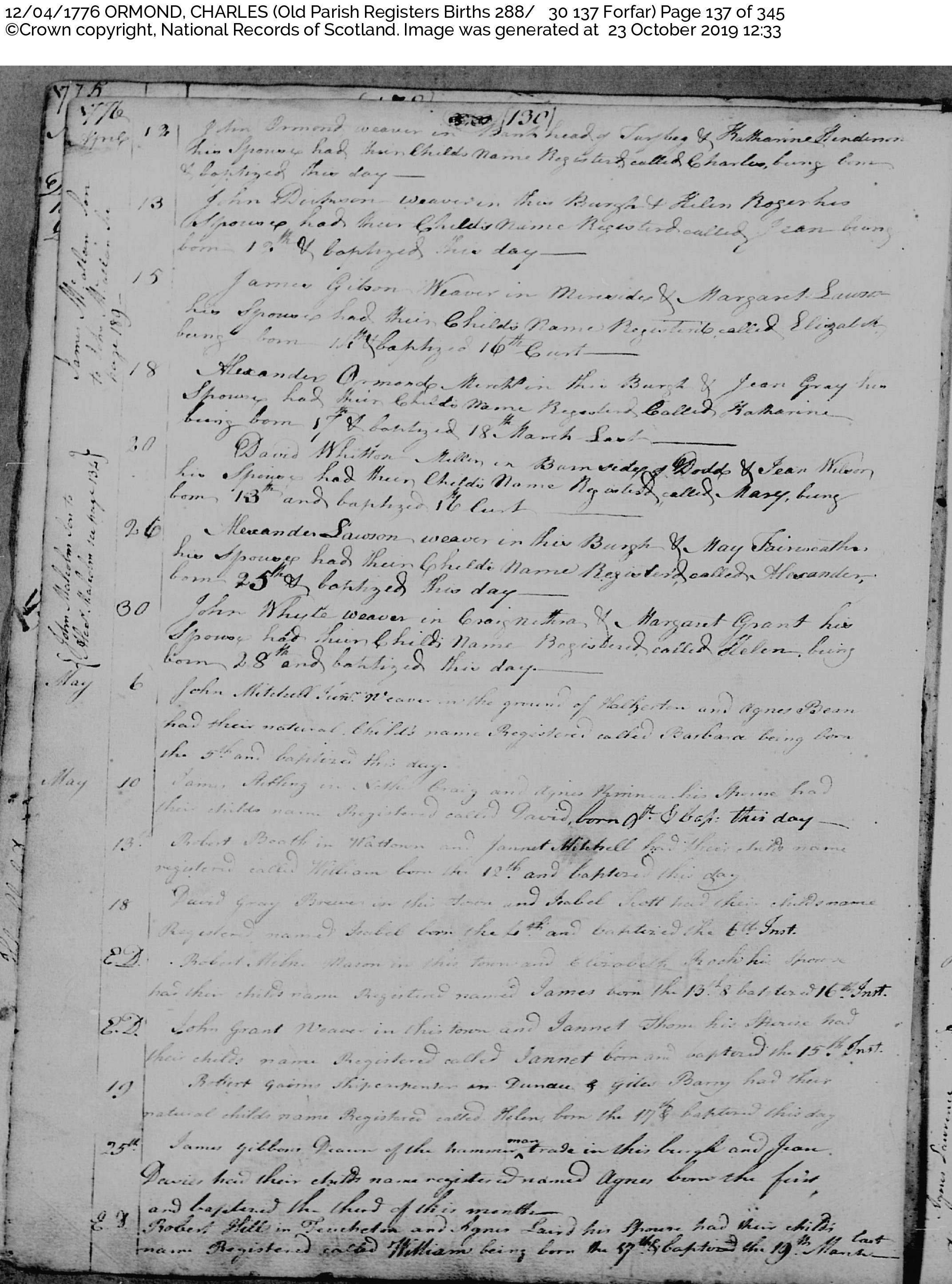 I have looked through lists of the hamlets in the parish of Forfar during this time and haven't been able to find a place name that looks correct. There is a place called Tealing in Angus but it had its own church at the time and thus it seems implausible and there doesn't seem to be a place called "Bankhead of Tealing".

It appears to be:

Turfbeg is a district to the north-east of the modern town, in roughly the same place as "Bankhead" on this snippet from an 1850 map by James Knox: 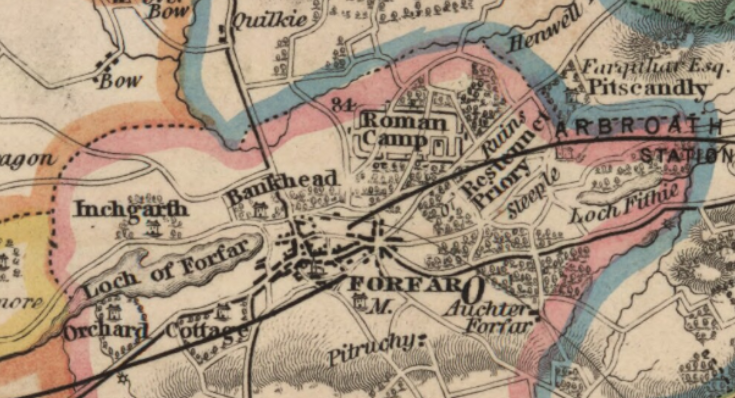 Bankhead and Turfbeg can be seen in rather better detail in this snippet from the 1861 Ordnance survey map of Forfar:

Not the answer you're looking for? Browse other questions tagged palaeography 18th-century scotland parish-register scotlands-people or ask your own question.

8
Elinor is a Hassall (identifying a Welsh woman born in the late 18th century from a single record)
9
Landowning in Eighteenth Century Gloucestershire?
10
Wife's surname used as second name to indicate Smyth child named after someone from her Osment family?
4
What is written after John Lark's name?
8
Finding baptism record near Marystow, Devon, for Harriet Palmer in about 1770?
0
Irvine Laird of Drum surname question
1
Could Francis Tolvert Greenway baptised 1774 at Falmouth be Francis Green who married Grace Woodley 1798 at Totnes?
2
How to differentiate John Ormond (husband of Katharine Henderson) from others of the same name?