I am pursuing recognition of German citizenship through descent. My grandparents and my father (born 1950) emigrated to the United States in 1952, with my grandfather holding German nationality. My grandparents applied for naturalization in the US in 1961, when my father was 10 years old.

I looked up the Immigration and Nationality Act of 1952 to try to discover the routes by which he could have attained US citizenship. The law seems to indicate that a child received ("derived") citizenship automatically when both parents attained citizenship (INA 321, "Child born outside of United States of Alien Parent; conditions under which citizenship automatically acquired"). The following section (INA 322) covers "child born outside of United States; naturalization on petition of citizen parent". It appears that this route is only available if the parent is already a US citizen. Thus I think my father must have automatically acquired citizenship when his parents naturalized in 1961.

Searching the National Archives database I was also able to find records of naturalization petitions for my grandfather and grandmother, both dated the same day in 1961, but nothing for my father, which I think lends credit to this theory.

Can anyone suggest how I may determine, and obtain evidence of, whether my father was "naturalized" or derived citizenship automatically when his parents naturalized? Would he have received a "Certificate of Citizenship," as distinct from a "Certificate of Naturalization" in the latter case? (Were those issued back then?)

Following up on comments I received on this post.

The record I found in the National Archives is an index card resembling the following. I actually found it via ancestry.com's database titled "U.S. Naturalization Record Indexes, 1791-1992 (Indexed in World Archives Project)" but the same record is available directly from the national archives catalog at https://www.archives.gov/research/catalog and entering the person's name in the search box.

This particular card may be found at https://catalog.archives.gov/id/57714002. There is considerable metadata available too. 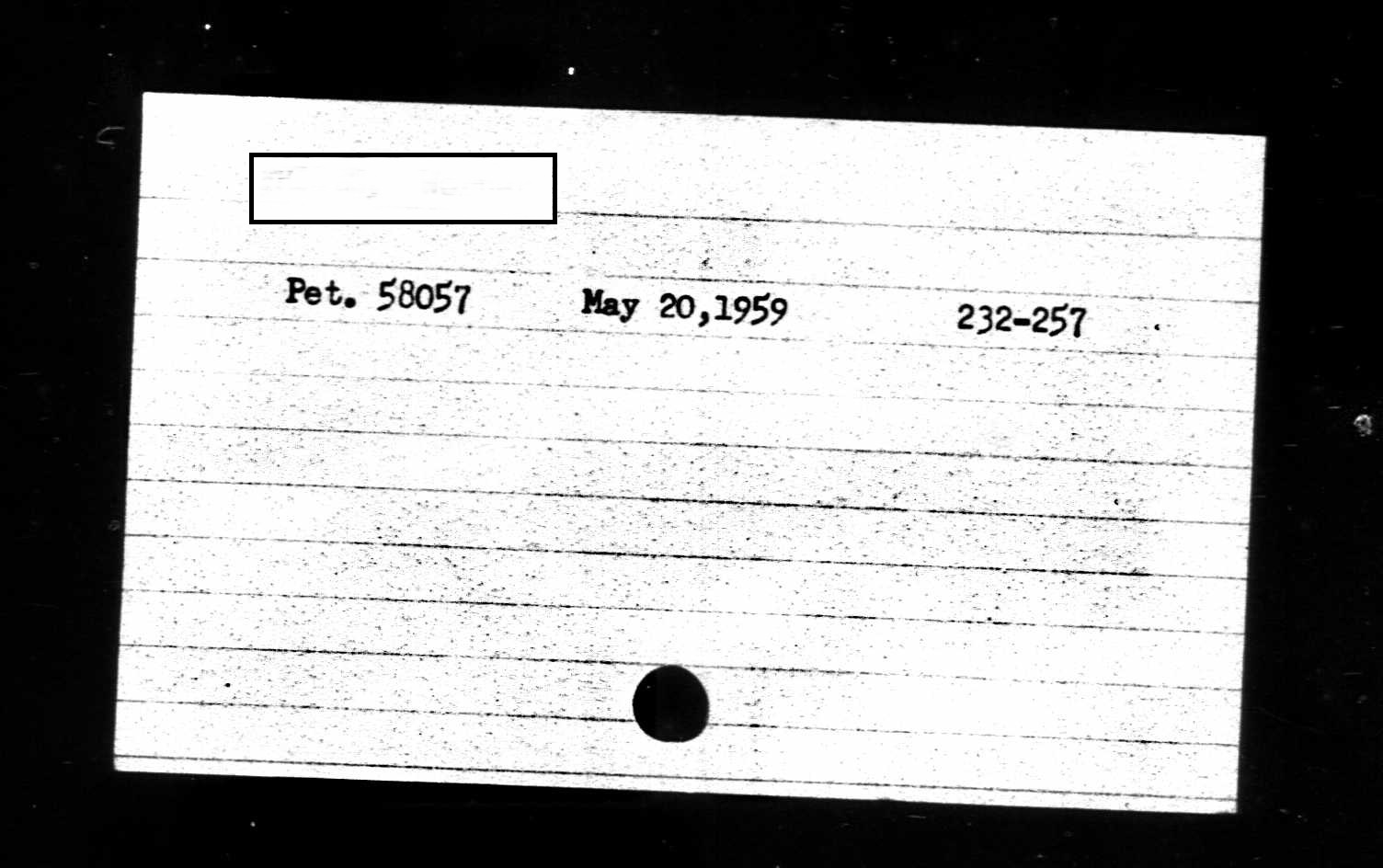 Regarding the Immigration and Nationality Code of 1952, the complete text is available here: https://www.govinfo.gov/content/pkg/STATUTE-66/pdf/STATUTE-66-Pg163.pdf The only section I have looked at is "Chapter 2 - Nationality through Naturalization," which begins on page 239.

I was hoping to find in Section 311 "Eligibility for Naturalization" the requirement that an individual be at least 18 years old to naturalize, but I have not found that explicitly spelled out.

Section 321 covers "child born outside of United States of alien parent; conditions under which citizenship automatically acquired," which is the section under which I hypothesize that my father received citizenship. (Is there any other possibility? How would I prove this?)

Browse other questions tagged united-states germany immigration naturalization or ask your own question.

13
Where do I find the record pointed to by a naturalization index?

9
Who are the Ancestors of William Yensull?
2
Becoming Australian citizens after British ancestors came to Australia?
2
Finding Naturalization Record for Hugh Sellars from Scotland who lived in Albany (New York State) 1855-1872?
5
Finding alternate indexes or record sets for passenger lists / ship manifests from Germany?
4
Finding record of Peter J Starrs in USA prior to 1870 Census?
5
Naturalized in 1896, but cannot be found anywhere in the US 1900 or 1910 censuses?
4
What happened to Gustav Adolf Neumann, 1859 immigrant to the US?
3
What happened to Gustav Adolf Neumann - part II?
4
Record of US citizen/non-citizen marriage abroad in order for family to travel from Poland to US in 1925