How can a gravestone and death certificate be a year out? [duplicate]

Ask Question
Asked 2 years ago
Active 2 years ago
Viewed 41 times
0
This question already has answers here:
Of a death certificate and a gravestone, which record should be trusted more in determining birth date? (8 answers)
Closed 2 years ago.

Of a death certificate and a gravestone, which record should be trusted more in determining birth date? is a similar question and I was interested in rolling out my own question on this subject.

My family in Spain provided this photo of my Great Great Grandmother's tombstone: 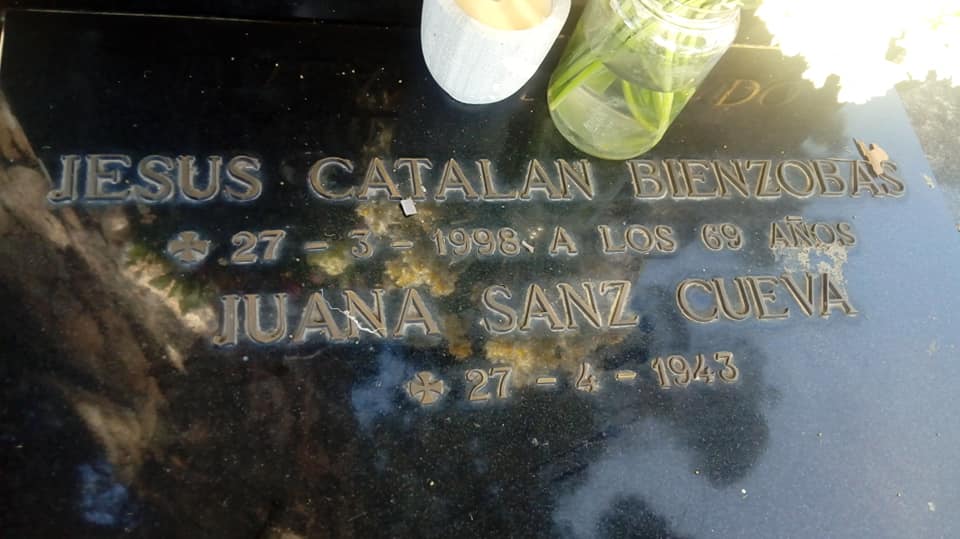 As you can see it clearly states that she died on 27-4-1943. Now, today I received her death certificate directly from the Spain Registry Office and the date that her death was reported was:

This says in part:

In English that means 28 April 1944. Further down the certificate it states that she died ayer which means yesterday. This would make her date of death 27 April 1944.

Thus the date of her death is exactly a year out.

How can this kind of major difference come about?

Browse other questions tagged death-records date grave-marker spain or ask your own question.

23
Of a death certificate and a gravestone, which record should be trusted more in determining birth date?

10
Why did my Uncle's Death Certificate Not Appear in the Family History Library's Archives?
34
What does it mean if cause of death is listed as "Insanity" in late 1800s?
4
How to find out where someone died in 1952 United States?
1
Seeking US death record from about 1912?
0
Interpreting where Informant was when 1908 Death on NSW Certificate occurred?
9
What does 'in attendance' mean on an England death certificate?
4
Determining cause of death from Spanish death certificate
1
Locating Birth Certificates in Spain using Census Info
3
Transcribing Spanish text (and translating into English) on Death Certificate
2
Locating case records after death in Valencia, Spain