My grandfather and his sister immigrated from a city that they spell differently on every document they complete. I would like to find the actual name and spelling of the city.

Please, please, keep in mind that the term "Russia" as used in early twentieth century documents in the United States regarding a 1910 immigration is far more likely to mean Poland, Lithuania, Latvia, Estonia, Belarus, Ukraine, Moldova, or parts of Romania. The old Russian Empire was huge, and more of the "Russian" emigration to the States circa 1910 was from areas that are today non-Russian.

Speaking of which, why not let us know what the city name was so we can help you? We have some good sleuths here who might be able to help. 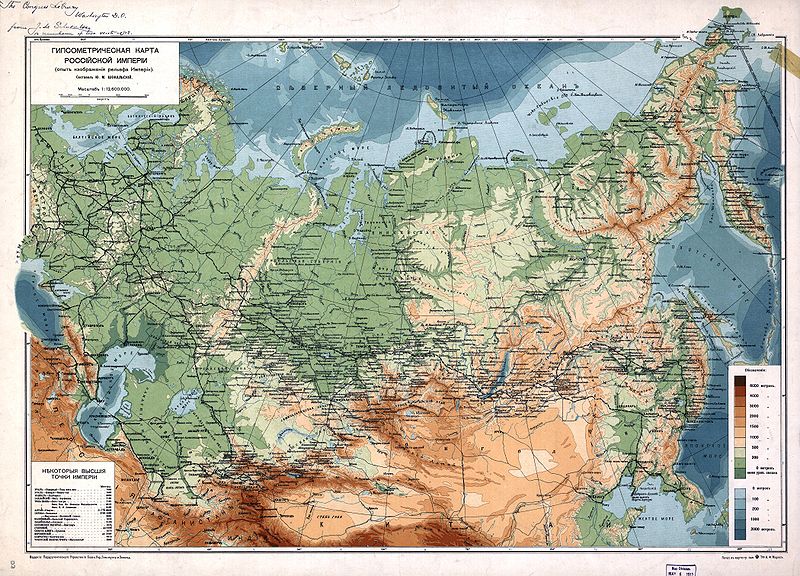 Here is a map of Russia in 1910 (although with less detail): 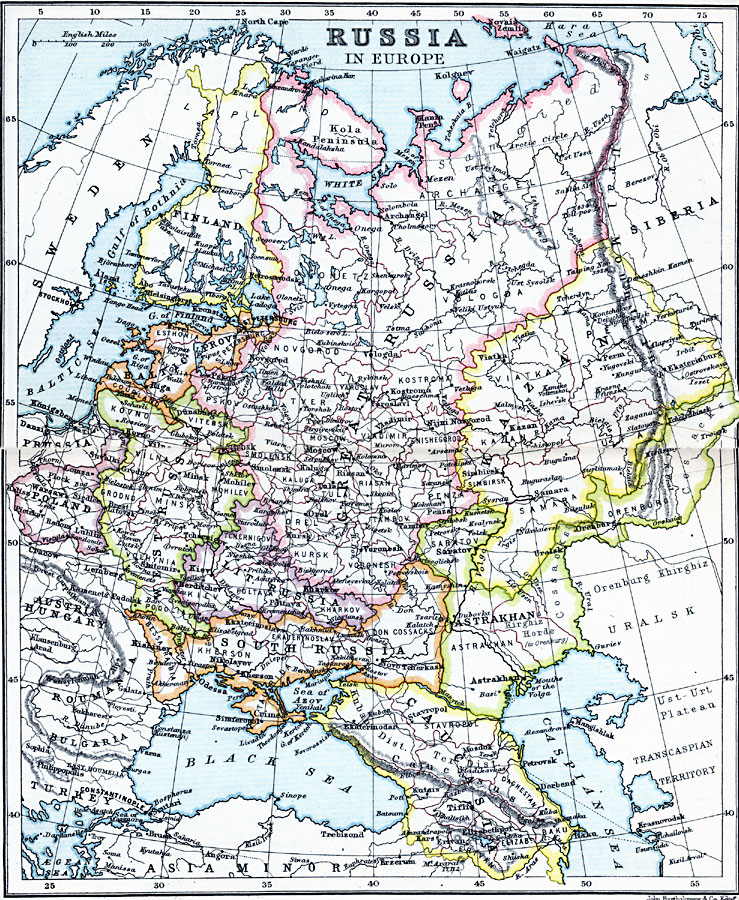 I could get you maps with more detail, however, if you could provide what region the city is in (Russia is a big place).

Topographic Maps of Eastern Europe is a great site. If you are looking for a place in Lithuania, Latvia, Estonia, Eastern Poland and Western Belarus, the topographic maps published by the Prussian military at the turn of the 20th century are really good. The map is divided into grids an you can click on them to drill down to see the map detail.

There are a number of university departments, archives and other repositories that now make available their collections of images including maps for study on-line.

A search for {"historical maps" country name time..period} will usually give you plenty of choices.

As JustinY suggests, a Gazetteer may be a better tool so try {"historical gazetteer" Russia 1900..1915}

While there is no 1910 map at this site, University of Texas has links to an extenive collection of US and world maps that are useful (including some Sanborne Fire Maps) at:

You will want a historical map for your research, but (as mentioned already in the comments) for finding places and deciphering names, you also need a gazetteer, a geographical dictionary.

A good place to start is the FamilySearch Research Wiki -- the article Russia Gazetteers describes the major gazetteers which are at the Family History Library, and notes some gazetteers you can find online.

This section of the article is especially interesting for people who don't know the Cyrillic alphabet. Note that the gazetteer also includes maps:

The best comprehensive gazetteer of all localities in Imperial Russia is by Vasmer, Max. Russisches Geographisches Namenbuch [Russian Geographical Namebook]. Wiesbaden: Harassowitz, 1964-1981. Nachtrag (Supplement), 1988. 11 vols. (FHL INTL Book 947 E5r). Spiski naselennykh Mest Rossiiski Imperii were the primary source for much of the data. This set of books is referred to as the RGN and includes eleven volumes plus the Kartenband (maps).

Localities are listed in the Cyrillic alphabet but the gazetteer is still usable to non-Russian readers because the descriptions are in German. The pre-1917 administrative units of guberniya (G.) and uyezd (Kr.) are given. The German word for uyezd is Kreis. If there are several localities in the same guberniya, the guberniya is indicated only after the first locality in the guberniya. It is not repeated for each subsequent locality listed.

You should keep in mind that depending on where it was in Russia, it may no longer be in what is considered a part of Russia. For example, the town where my family is from, not only no longer exists, but would geographically be just outside of modern day Poland. It was destroyed by the Bolsheviks, just before the start of the First World War. That part of the world during the first half of the century was a very volatile and rapidly changing place, and much of it is no longer what it once was. Not to mention it can be very difficult to find any prior documentation that such places even existed, if they were not friends of the state.

Not the answer you're looking for? Browse other questions tagged 20th-century russia historical-gazetteer maps or ask your own question.

18
What is the Russian town in this census listing?
2
How to find current Name (or location) of "Russian" town recorded in 1910?