Where are US WW2 "War Bride" Marriage Records Located?

My grandparents were married in Regensburg, Germany. My grandfather was a part of the 250th Station Hospital and he married a German woman who was admitted to the US under PL 271 AKA "The War Brides Act".

Since my grandfather was living in or around a US military hospital, would their marriage have been performed under the aegis of the US military, or would it have just been a local area church that validated their November, 1947 marriage?

The hospital they stayed at, in modern times, has a church physically attached to it. Back then, they were definitely separate buildings.

Below, circled in red, is the men's hospital that was used as the primary US military hospital. nearby, there is a church. Based on the looks of it, it's just as old. 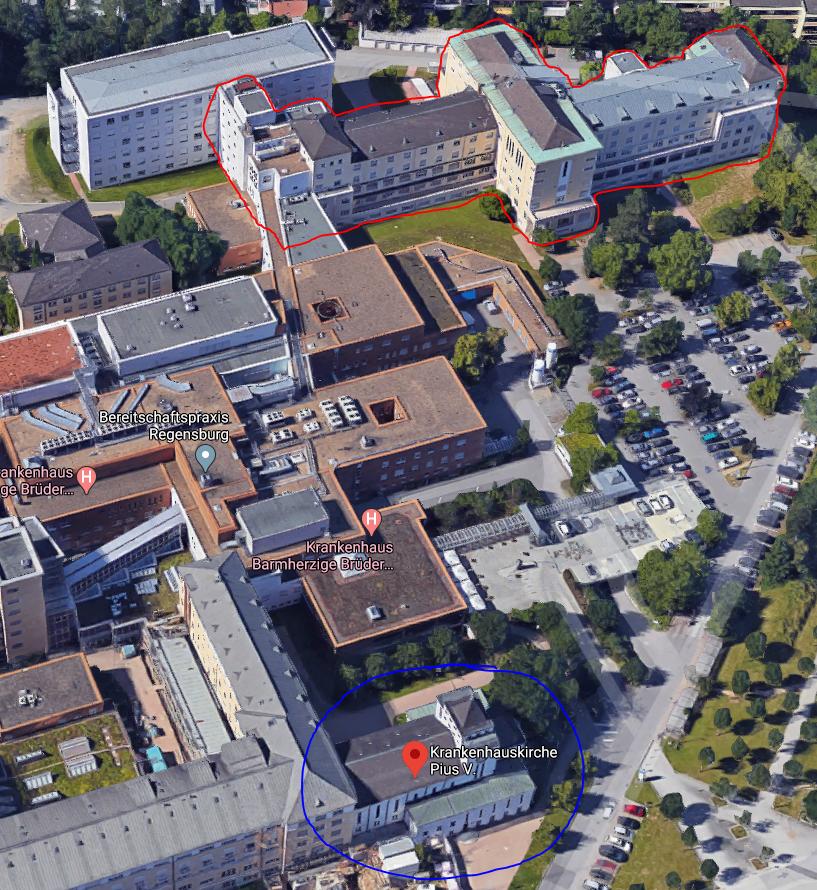 I feel like it's reasonable to suspect that they were married in that church if it was indeed built at the time. However, who would take charge of the records of the marriage is my question in any case.

Wikipedia lists the church as being built in 1927-1929. The page about the hospital says that from 1945-1954 the hospital was seized by the US army. Since the church has always been a hospital church I find it unlikely that it was used for regular weddings but it is not impossible. It could have been used for US ones, but I also find that unlikely according to the article below.

There it says that marriage permits had to be issued for US soldiers. So you might be able to find something like that with the US army for your grandfather. Why do you think they have married in Germany? Could they have married in the US? Consider this quote from the above article:

Initially, the American bridegroom had to acquire a ninety-day visa for his bride. He was also expected to leave a deposit of $500 in case things went wrong. If the couple were not married within these ninety days, the American authorities kept the deposit and the German woman was forced to return home.

In Austria it was customary to have a wedding at/near the bride's home town. So this may also hold true for Bavaria. If you know where your grandmother was from you might have a clue where the wedding could have taken place. Additionally, you could contact the Pfarrei St. Bonifaz St. Georg in Regensburg-Prüfening which seems to me to be the responsible parish for the church Pius V and nearby churches. They list a e-mail address. If the wedding took place in the hospital church or other churches nearby without involvement of the US military I find it likely that the parish will have records about it.

Note that wedding records are inaccessible for 80 years according to German law so you might have to prove that you are a direct descendant before being granted access.