Reading 1870s cause of death in Canada

I'm having trouble deciphering the cause of death below, which is from an 1870s Canadian death record. The terms used are a good part of the problem. There seem to be a fair number of lists of obsolete terms that might have been used, and I've consulted half a dozen and not found the first two words, but I haven't seen any lists that are anywhere near comprehensive.

The first two words are at issue. (The rest I believe reads as "with Congestion of the brain".) The first letter seems to be "S" from comparing to the text of "Staples" and "September". I might believe the second word was meant to be "Bilious" but that's fairly iffy.

Any ideas on the words, or on where an extensive list of archaic medical terminology can be found?

For comparison, here are two full entries that seem to be in the same handwriting: 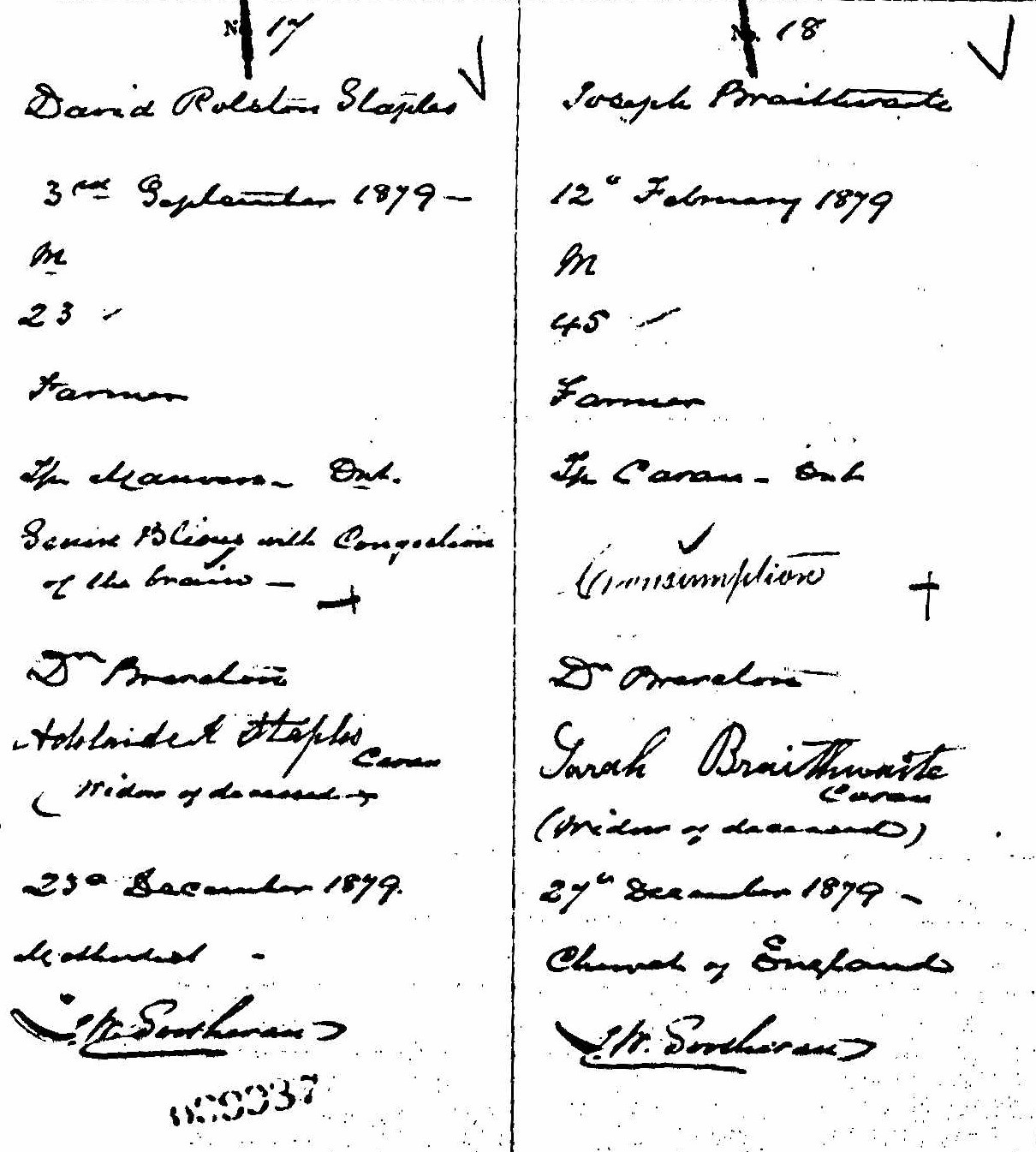 Severe Biliary "Biliary tract infection is a common cause of bacteraemia and is associated with high morbidity and mortality." https://www.ncbi.nlm.nih.gov/pmc/articles/PMC2750926/

Not the answer you're looking for? Browse other questions tagged palaeography death-records cause-of-death medicine or ask your own question.