Identifying when and where photo of man wearing German Waffenrock uniform might have been taken? 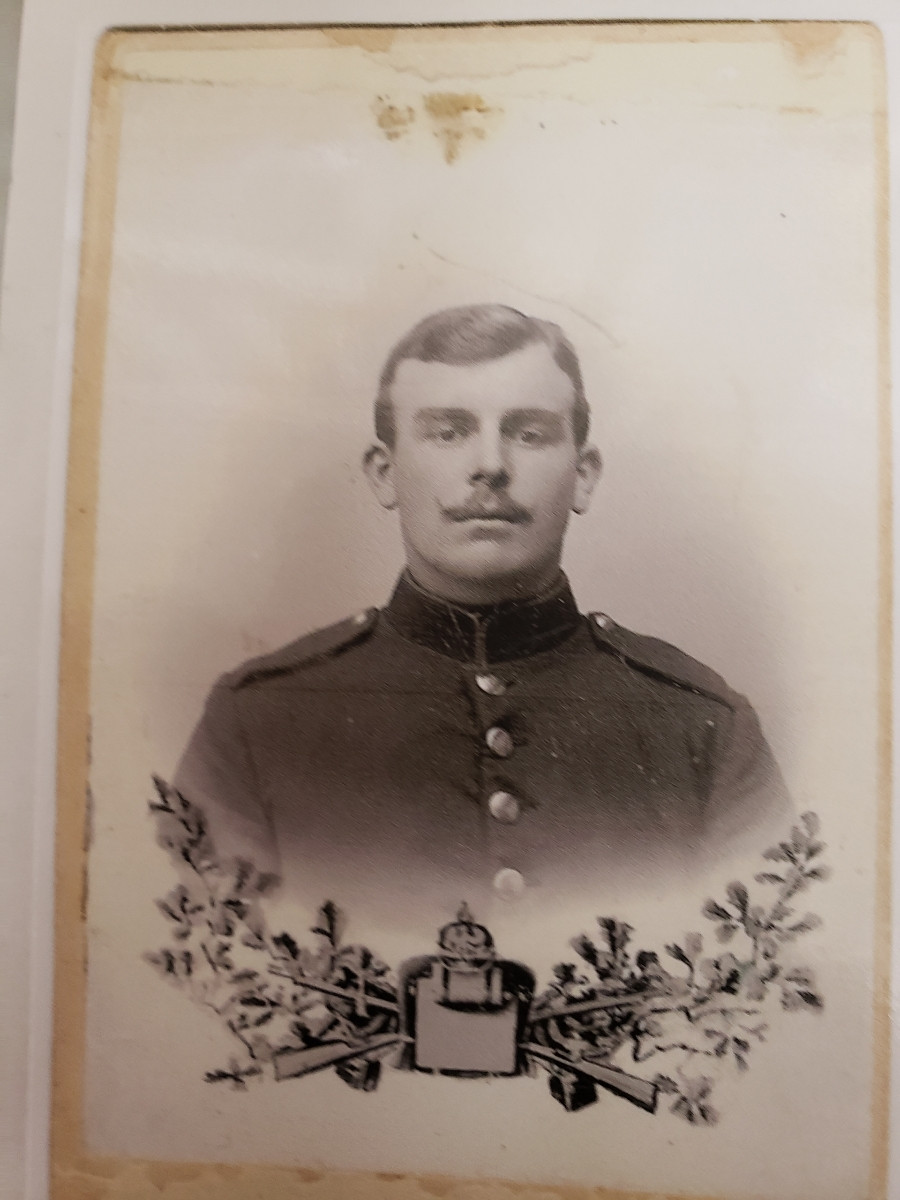 I recently was given this photo by a cousin who was wondering if I knew who this person was. I figured the first thing I need to figure out is about when and where this photo was taken.

From the research I conducted it appears he is wearing a German Waffenrock uniform?

From other pictures I looked at it could be from the 1860s?

But in looking at the decoration of the photo I am wondering when did the Germans use the helmets with the spike on top (see the helmet in the lower center of the photo)?

So then I am not sure if I have dated it correctly.

My other question is could this young man and the older man in the second photo be the same person?

They are very similar, but the older man has an eyebrow that arches up, so it makes me think they are related but not the same person. 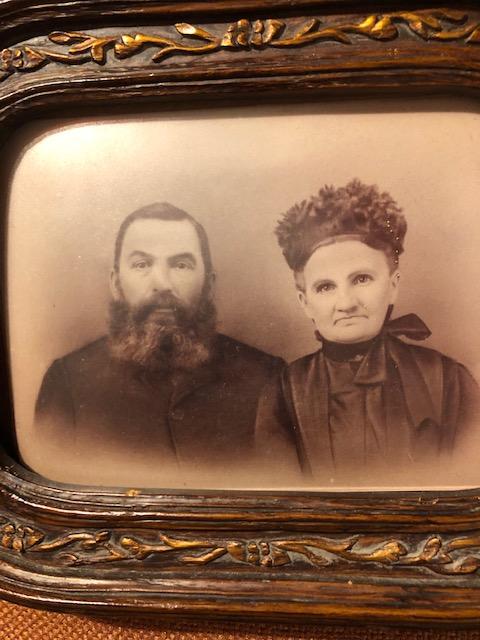 I do know who the older man is. He is my great-great grandfather, Wilhelm Dürre. He was born in Adamsdorf, Germany around 1840, immigrated to the US in the late 1880s and lived in South Dakota until his death in 1918.

If the younger man is Wilhelm the dates would line up as the young man looks to be 25ish in the photo and if it was mid 1860s then he would have been born around 1840. But I am not sure if I have dated the photo correctly.

Browse other questions tagged 19th-century germany military-records photo-identification or ask your own question.

9
What is uniform worn by Herr Schedler in photo taken late 19th century in Hannover?
4
Identifying ancestor believed to have been born ca 1830 in New Mexico, USA?
7
What uniform is this (US Army branch, where and when)?
3
When might this photograph have been taken and why?
4
Identifying person in two 19th century photos (one from Hannover)?
4
What is the date and rank of this photo of a British soldier?
4
What is this man's uniform and probable decade of photograph?
5
Estimating when photo of ancestor who lived 1833-1902 was taken?
6
What is date of the photo of woman with wrist watch?
0
Identifying uniform thought to be German?