Do two halves make a whole? 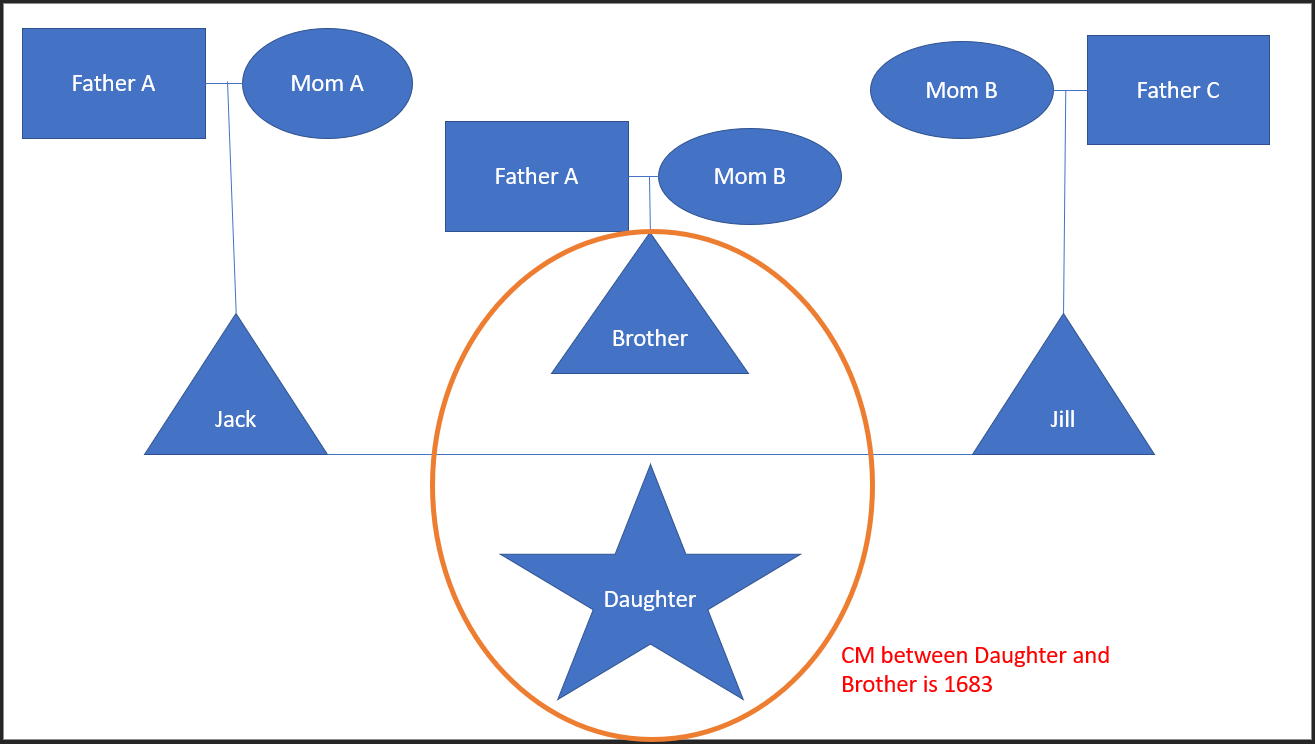 The brother becomes the half uncle to the child on his brothers side and on his sisters side. Does the brother then become a whole uncle? Would having over a 1600 cm connection to the uncle make sense in this scenario?

If you defined "whole uncle" to mean having the same expected amount of DNA inherited in common from the grandparents, then yes, "Brother" in your diagram becomes a "whole" uncle. By grandparents I mean, Father A, Mom A, Mom B and Father C in your diagram. However, given the raw DNA data of this "whole uncle" and the (grand)daughter, one could detect a difference from a full-siblings of a parent.

There are a number of precise details about how those cM numbers are calculated where I'm not sure how big of a difference this would make.

This situation can be quantified in terms of amount of DNA inherited in common from the grandparents. It will be helpful to remember that all of us are a pairing of maternal and paternal DNA (in roughly equal parts).

Here are the %'s of DNA expected to be inherited in common from the grandparents (by these decedents of those grandparents).

Here's a really simple way to think about this.

The double half uncle is a half brother of Jack, sharing one of Jack's parents.

The double half uncle is a half brother of Jill, sharing one of Jill's parents.

To the child, the double half uncle shares two grandparents, just like a real uncle does, except not both from one parent.

DNA wise, the child will on average share half the DNA with a half uncle than with a full uncle. Yes, you double this for a double half uncle and the two halves are effectively the equivalent of a whole.

Your diagram might be have been clearer if you combined the two Father A's and two Mother B's in a way that indicates they are the same people. Something like this:

4
Y–STR Male Lineage DNA Testing
2
Explaining DNA mystery of unexpected 1st cousin?
2
Is this a half niece/uncle relationship vs 1st cousin once removed, or something else?
6
Can Ancestry.com DNA matches be wrong
1
Can a DNA match of 1967cM across 72 segments be a first cousin?
2
Child of possible incest
0
DNA half-sibling
0
DNA matches half uncle