What are these place names (in present-day Slovakia) from this US passenger list in 1913?

The full passenger list can be found below -- I'm looking at the entry for "Ignatz Schwarz" line 14.

What is the name of the city he identified as last place of residence (also same thing as the city for wife in origin country)?

What is the name of the city he identified as his birthplace?

I believe both places are somewhere in present-day Slovakia (Kosice or Presov area) and the name of the places are likely the Hungarian names for them. 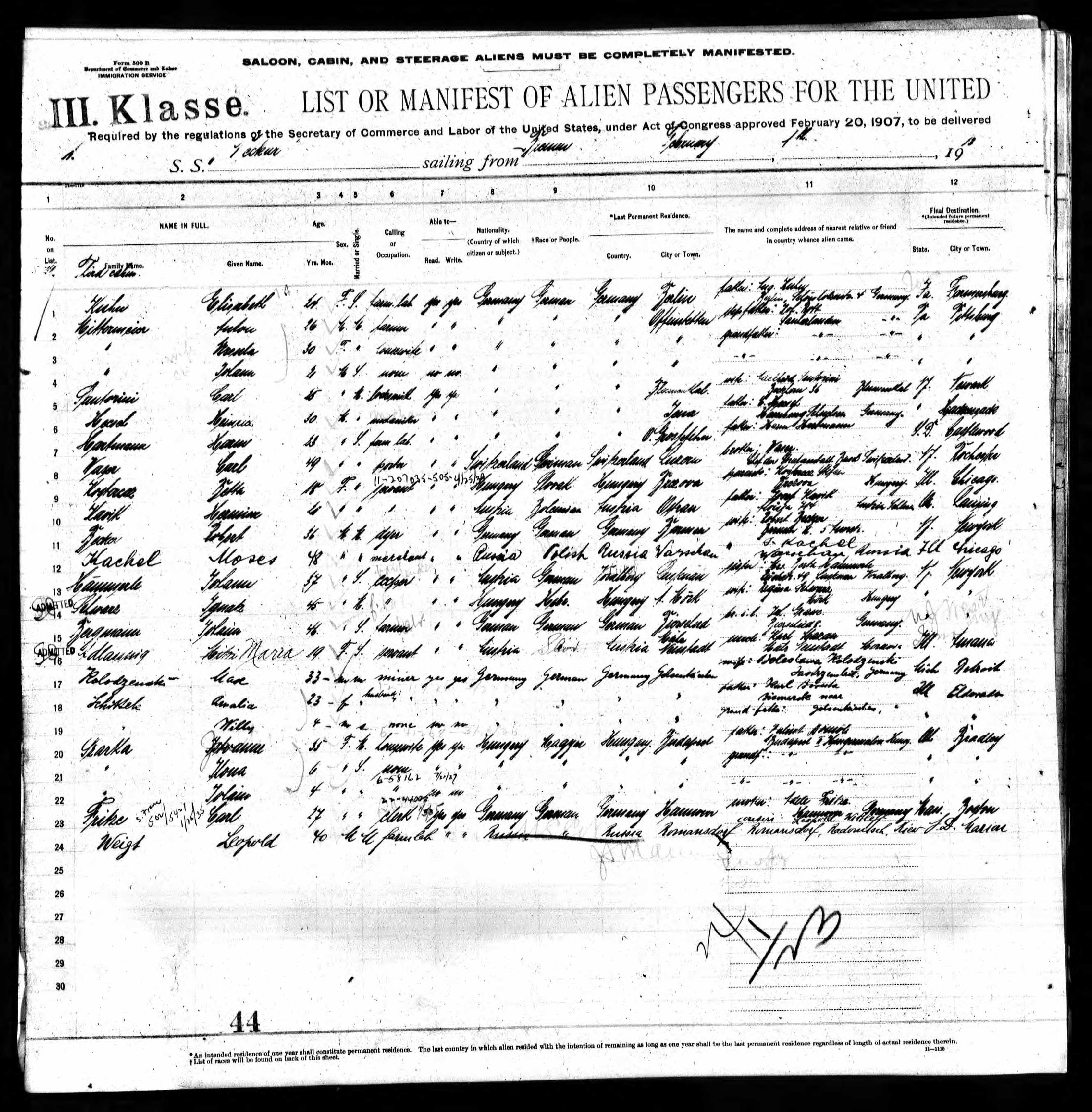 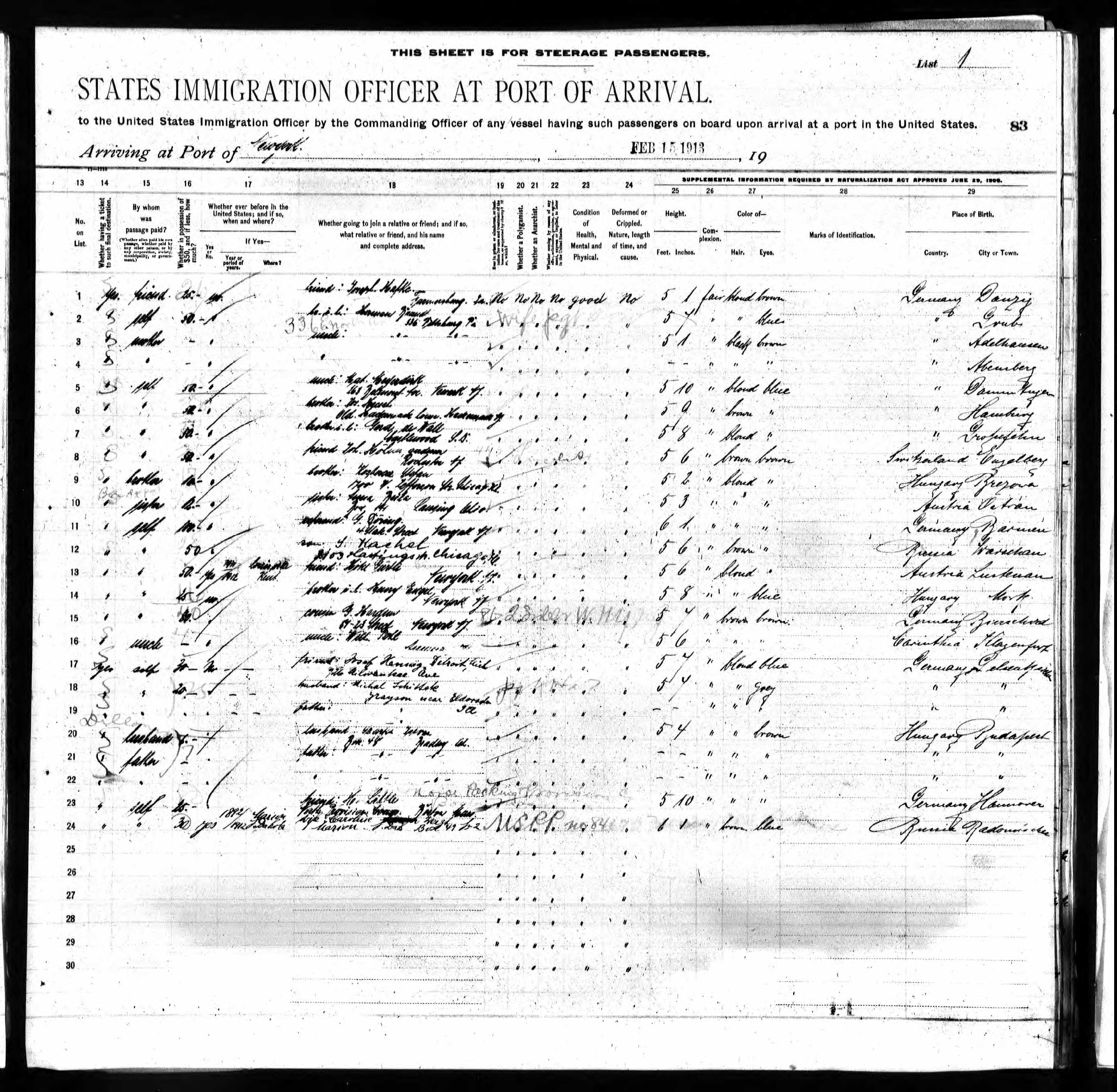 It's a bit of a guess, but I'm bold and adding this as answer rather than a comment. I think it is Kysak (Hungarian: Sároskőszeg) half-way between Prešov and Košice.

Rationale: The first writer had a tendency to move letters that near together so that they might appear as one. You see this for example with "Austria" on line 10 where s and t nearly are one. In the same way the first letter of the town is a "S." (first I thought it might be "St."), then the next letter is a "K" (quite apparent at least to me) and then we have again a letter that near that it nearly vanishes. It is a "o" and the accent is shifted to the right. That is also why the "s" is cut off. Then I think a "e" follows and the last one is clearly a "k" again.

That makes "S. Kösek" where the writer might have misheard "kőszeg". On the other page we have a different handwriting and there I read "Kosz." So this writer heard better. Not sure why the accent got missing though (ő [note the acute accent] is pronounced longer so no chance to mishear that for an o). Maybe we see it in the sloppy connecting line between the "o" and the "s".

Not the answer you're looking for? Browse other questions tagged manifest place-names hungary czechoslovakia or ask your own question.

7
Cannot find ship's manifest for family arriving in the US around 1890
4
Quebec City Passenger Lists ... 1865-1900: Devising a scheme to view the first page of a passenger list
2
How to find current Name (or location) of "Russian" town recorded in 1910?
5
Finding alternate indexes or record sets for passenger lists / ship manifests from Germany?
7
Can you identify this Russian town: "Chashvato, Podolski"?
7
What is this city name in this passenger list from Russia/Poland in late 19th/early 20th century?
2
Polish/Russian city Name from 1912 Manifest
2
Information from passenger list/ship manifest from 1912 NY - Polish/Russian city and names
5
Hungarian sham adoptions?