I have been tracing my ancestors to Italy and have accounted for all their vital BMD records, with the exception of just one, which is my British-born Great Grandfather, Baptista Sabini, and his birth record:

All his older and younger siblings have births registered on GRO, yet the only evidence I have found for Baptista is a Baptismal record from St Peter's Italian Church, Clerkenwell giving his birthdate, and naming his parents (Domenico Sabini, Maria Campomenoso). The baptism was written in Latin and gives his name as follows:

Further to this, he does not appear in the Sabini household on the 1891 census (only later in the 1901 census) and other records indicate indecision about his birthday - his marriage in 1915 gives his age as 23 years, his school admission in 1902 has his DOB left blank.

And yet later in life he appears on Electoral rolls, so I'm sure there must have been some proof or acknowledgement of his birth and status as a legal 'entity' in the UK. I am wondering if anyone has seen anything like this? Any suggestions or advice to help me look elsewhere and get to the bottom of this because it has been frustrating me for several months. Thanks 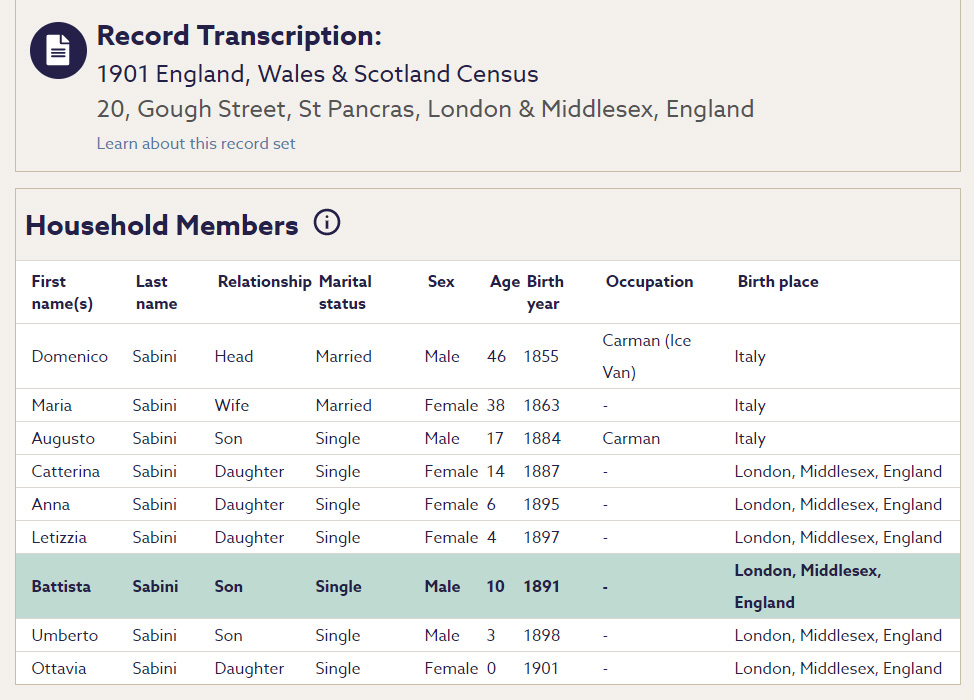 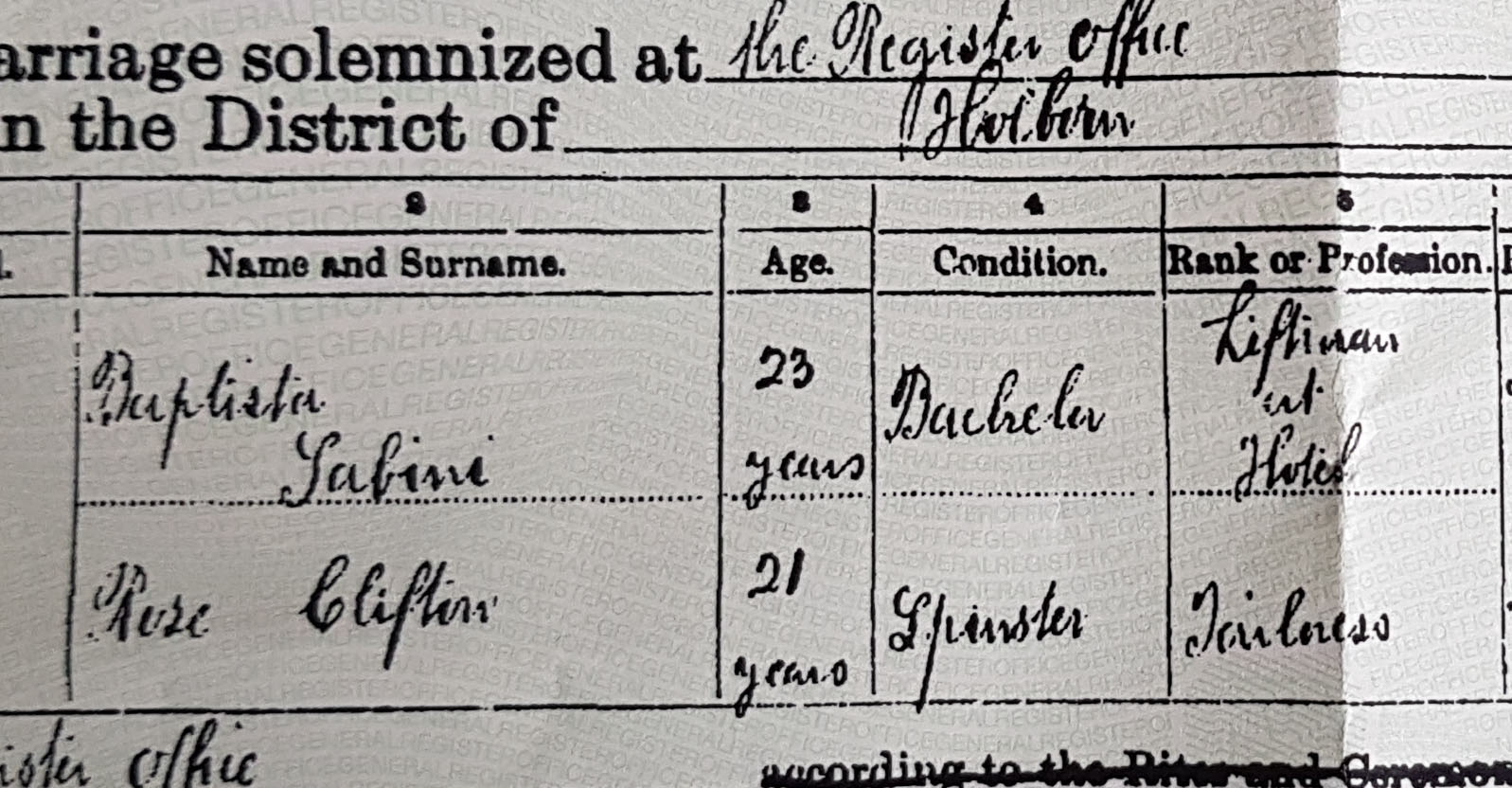 4
Seeking birth record for Thomas Eustice who married at Helston, Cornwall in 1867?
4
Where was Timothy Kelly born (married in London, died in Herefordshire)?
5
Searching for birth record for Lucy Pratt Stowell b circa 1813 Norfolk/Plymouth Co, MA
2
Interpreting Musgrave's Obituaries (for London) from around 1790?
2
What records might survive of nautical assessor who died on London Docks in second half of 18th century?
7
Are there records for Whitecross Debtors Prison Turnkeys in 19th Century London?
5
Finding evidence for Daniel Connors' birth in Wales about 1880?
4
Looking for parents of Charlotte Wood from Middlesex, London?
11
How can I distinguish between name changes and missing records?
3
Determining birth year (~1837) and birthplace of Jeremiah Ryan from Drumwood, Tipperary, Ireland?