Why would the ages on a 1877 Marriage Certificate be so wrong?

I wasn't expecting to find this when I received a marriage certificate in the post today.

The year of marriage is 1877 in the registration district of Exeter.

I can show a snippet from the certificate if required but the text is quite clear.

In my tree I have:

I am going on the basis that these persons are the same. They got married in a Registry Office.

According to my records they would have been:

Was it common at this time to have such differencing with the facts (as in taking the birth certificate as fact)?

I agree with one of the answers provided in that census data can't be relied on by itself to establish ages. 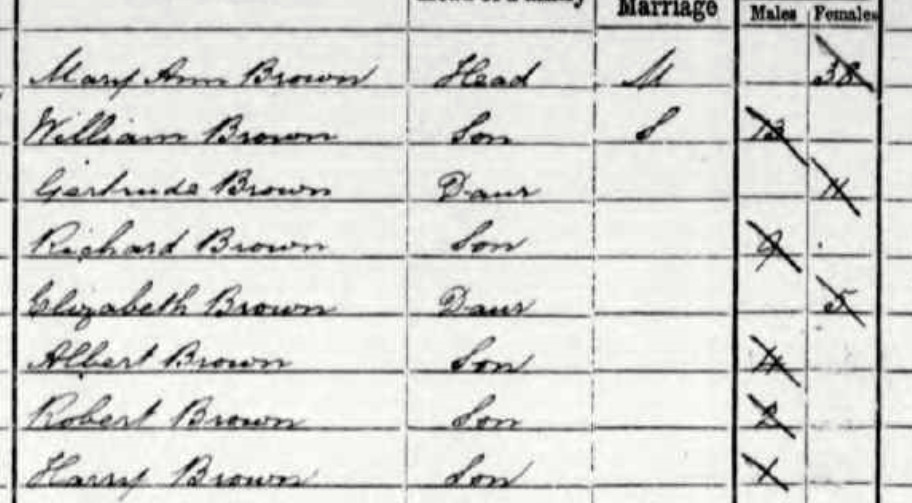 I should point out a Military pension record snippet for their son Robert Brown in 1907 that tells me these are correct (note the address):

I don't know why William Brown was not listed on the 1901 census log.

Interestingly on Mary's death certificate from 1932 it says that her husband was a "Tanner, Journeyman":

I think that William is then later found on the 1939 register as a Widower with his daughter (married) but I do not have the official images etc for that.

So I figured that maybe he was just travelling in 1901.

Two common reasons for lying about age at marriage were:

Possibly you have examples of both.

The simple answer is probably the obvious one, that they were "creative" with the ages they gave the registrar when getting married, probably because of the age difference, or because William was under 21 so would have needed parental consent if he gave his true age.

I have several thoughts on this:

I'm adding this as a new answer regarding the census information and images that were added to the question after I had given my earlier answer.

I would conclude that you have the incorrect 1901 record and suggest you look for a different one that includes Mary Ann Brown and children Elizabeth (15), Albert (14), Robert (12), Harry (11) and maybe Richard (19).

And that would explain why the ages on the 1877 marriage certificate are so different from those in the 1901 census.

Not the answer you're looking for? Browse other questions tagged england marriage-records 1870s or ask your own question.

16
Locating an elusive UK birth record (Mary Ann Harper born circa 1865 possibly Dudley, England)?
8
How can I assess the statistical probability that an individual is the one I seek?
4
Where was Mary Ann Harper in the 1881 England census?
14
Are parents listed on marriage certificate "proof" of parentage?
4
Where is the Marriage of Milly Bungay/Mason/Weston to John Weston?
8
Where is Mary Elizabeth Richardson in the UK 1891 Census?
2
Looking for Census records of Joseph Campbell, born in Chester 1854
7
Formulating a strategy to locate a marriage
1
Why is my ancestor missing from the New GRO Index - England?