Who did Emerich Braunschweig marry?

This is the church book entry for my 11ggf Emerich Braunschweig's marriage, in 1593. It is in German. Unfortunately, I can't make out anything legible here other than his name. I'm hoping that someone is able to decipher enough here to figure out who he married (my 11ggm).

The priest tended to use the same text for every entry; here are a few entries he made over the following 16 years for other Braunschweigs:

Edit 2: Here is the upper part of that page, and the lower part of the prior page, to put this in context. The word "novembris" is legible in a prior entry, circled in red. 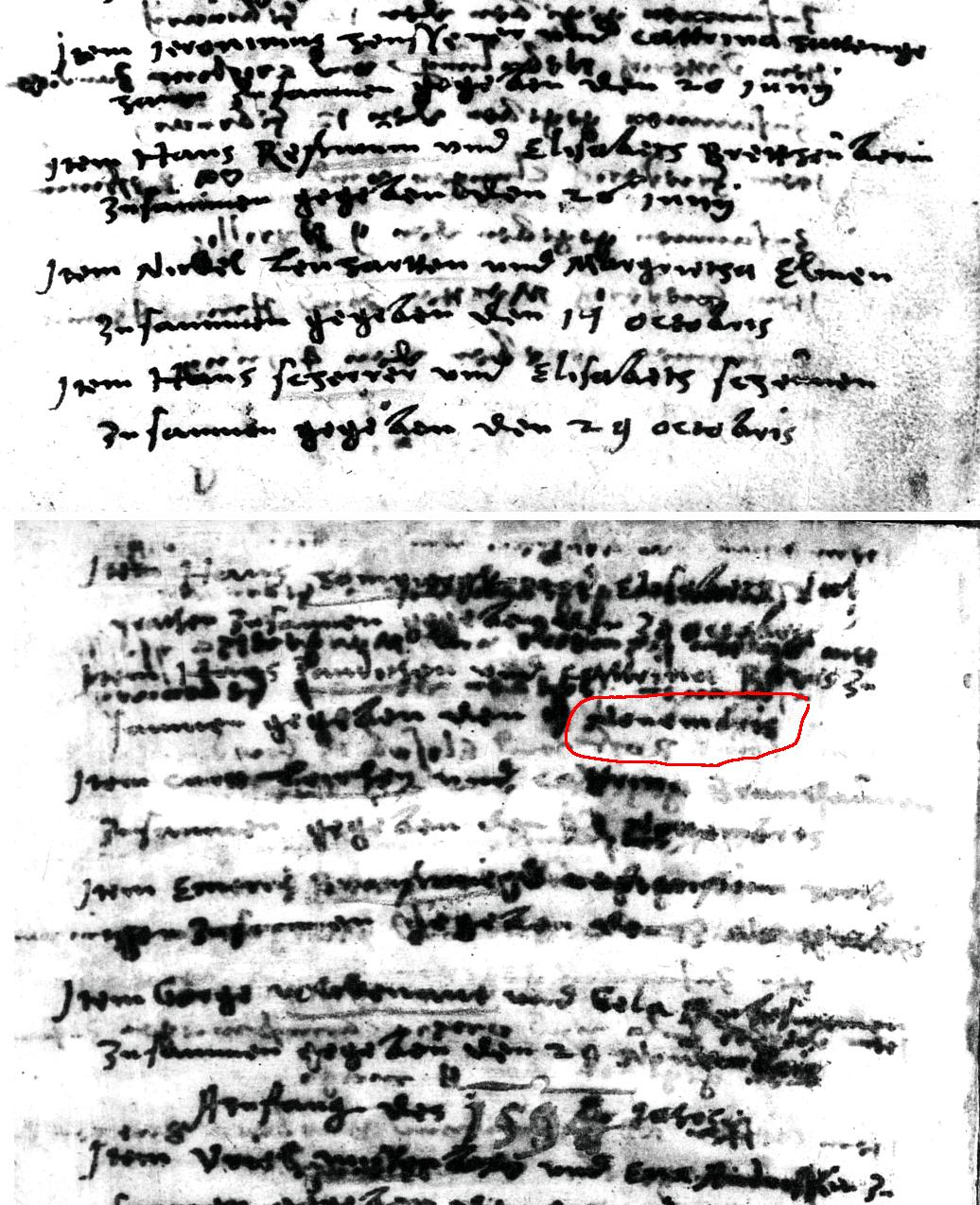 Also, I've tried enhancing the extracted section to darken the bits that were almost invisible in the image, and to "de-bolden" it as much as possible, to better allow individual letters to be distinguished. It's harder to tell resized here, but if you open the image separately, and zoom in 200%, it almost seems readable.

Update: This is the best I can enhance those parts of the image. The text sort of looks like "Jorizomorieggen"?

October 5th edit: I've found two births in 1576 where the surname looks very much like at least the first half of the surname here. I cannot read either, but perhaps these will be of some assistance; it's likely the same priest writing.

I’m not entirely sure that the bride’s name is Cristina, could be Cattrina as well, but it defenitly ends with “ina”. Look for similar spellings elsewhere in the same book.

The month seems to be november rather than december. See the last entry for the year, 29 Novembris.

4
When did Samuel Friedrich Walcker die?
4
Who officiated at this baptism? (need help with handwriting)
5
Finding alternate indexes or record sets for passenger lists / ship manifests from Germany?
3
Who were parents of Xavier Rebholz who was born 1826 in Prussia?
11
Did Edward Buten change his name from Edward Bulen?
1
Did Jacob Bertschinger move from Aldingen to Calw in early 19th century Germany?
4
Who was Sold Börnig in Germany?
1
Did the spelling of this surname change or is it misread?
1
Who did Hanß Burckhardt marry in Madelungen in 1659?