What is the meaning of this symbol in a German churchbook?

This is from a church book from the Thuringia region. The priests often marked deaths with a cross symbol, and in more recent years, also a reference to the entry for that death.

However, I notice that both of the children of a distant ancestor of mine have a somewhat different mark. These entries would have been added in different years, and I've not seen it on other entries near either record, so it doesn't look like it was just a stylistic difference, yet it's pretty clearly the same mark for each.

Does anyone know what this "up arrow" version of the cross could be indicating? I've not found the death entry for one of the two, but for the one I do know, she moved to a different town nearby, and died there; my only guess is that perhaps it's indicating a death that didn't occur in this town?

Edit: These symbols don't appear to match the "Common" symbols handout from family search. The same 5 symbols appear constantly, and always on the left by the entry #:

note: marriage notations look similar to "deceased" notations, but without a symbol, and indicated on the right side margin. Confirmation notations occur occasionally, also on the right side, though not very often. Those are without an entry #, only a year, as there was no equivalent confirmations register book. Examples in context: 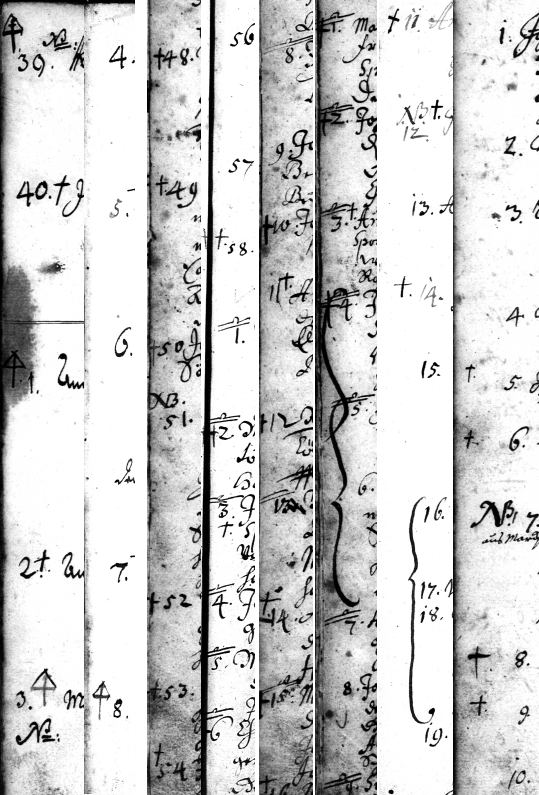 Browse other questions tagged germany church-records or ask your own question.