This cartoon is on the back side of a photograph in a newspaper of a family member. The article is about him joining the military, around 1942/3. I can’t find a date on either side. Can someone determine the publication date of the Jimmy Hatlo cartoon? The newspaper was most likely located in Oshkosh Wisconsin. 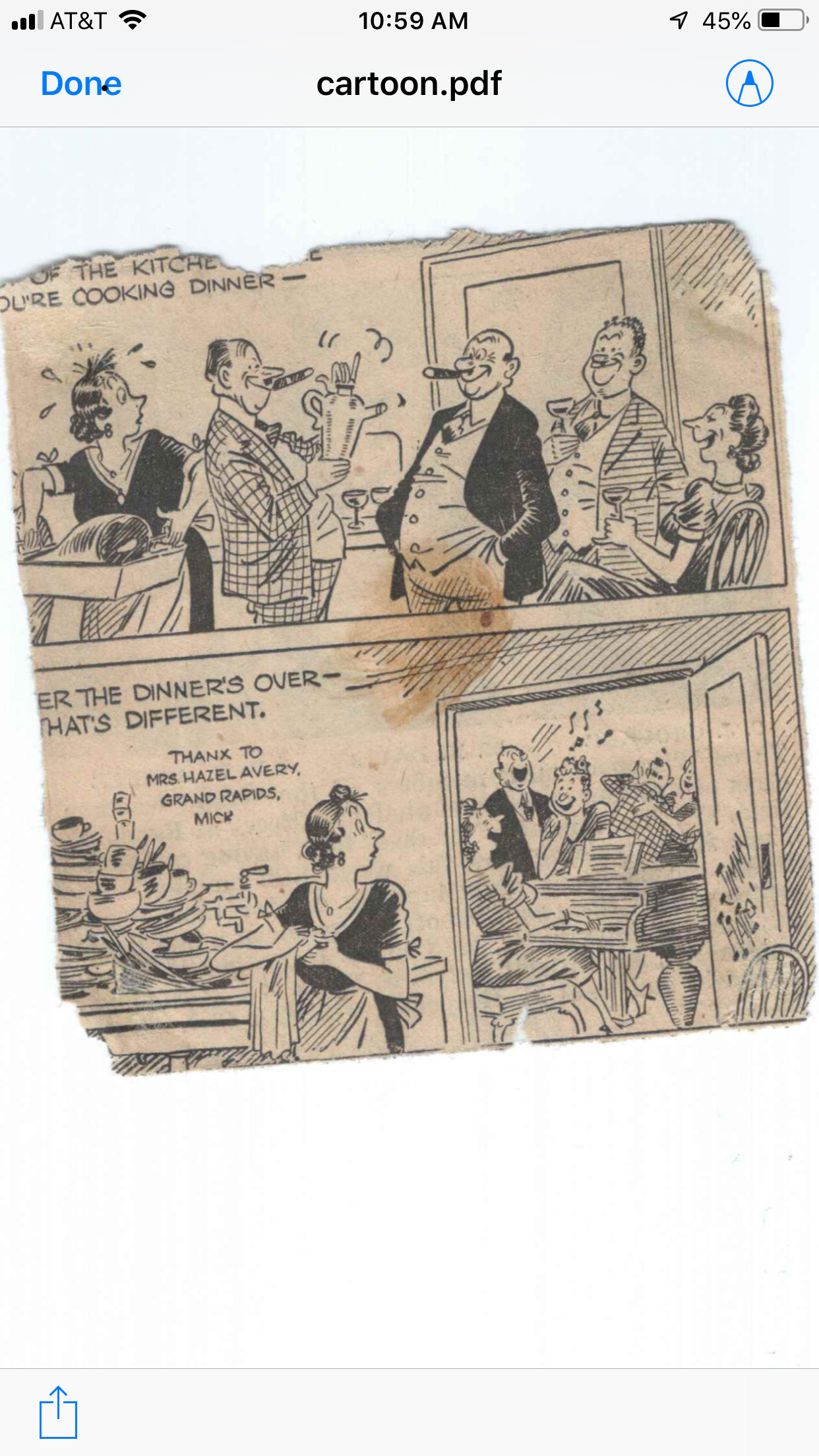 This cartoon by Jimmy Hatlo is one of his "They'll Do It Every Time" series, which ran in multiple newspapers around the U.S. from 1929 to 2008. (Other illustrators took over after Hatlo's death in 1963.)

This particular cartoon ran on February 20, 1942. I found it in the Buffalo (N.Y.) Evening News and the Syracuse (N.Y.) Herald-Journal by searching the Fulton History archived newspapers site for jimmy hatlo AND "cooking dinner" AND (filename contains (1940~~1945)).

FamilySearch has some information on where you can find Wisconsin newspapers, since you're interested in what's on the back of this cartoon in a specific newspaper.

Not the answer you're looking for? Browse other questions tagged 1940s photo-dating wisconsin or ask your own question.

10
Dating this photograph of a younger Emma (Vig) Froiland
5
Could photo be Edward Nettell (1812-1879) and Maria Hocking (1811-1902) of Illogan, Cornwall?
5
Dating photograph of car, man and dog from perhaps 1930s/40s in Texas (or perhaps Missouri)?
4
Can you date this photograph of my grandmother Elsie Lillian Hall Kerby?
3
What date is this colored portrait likely made?
2
Dating photo of family members in front of house in Texas?
7
What is date of the photo of woman with wrist watch?
2
How to find additional information pertaining to little known ancestors?
2
Identifying US Military Uniform