The significance of A.M. after a given name?

This death entry for John Rogers is found in the Vital Records of Gloucester, Massachusetts, vol. 3.

A.M. is not explained in the list of Abbreviations for this volume.

I suspect this refers to his degree – Master of Arts (Artium Magister), now more commonly abbreviated as M.A.

In the vital records you found this entry in, there is another John Rogers (d.1782), a Reverend (and apparently the father of your John Rogers), who also has A.M. after his name. 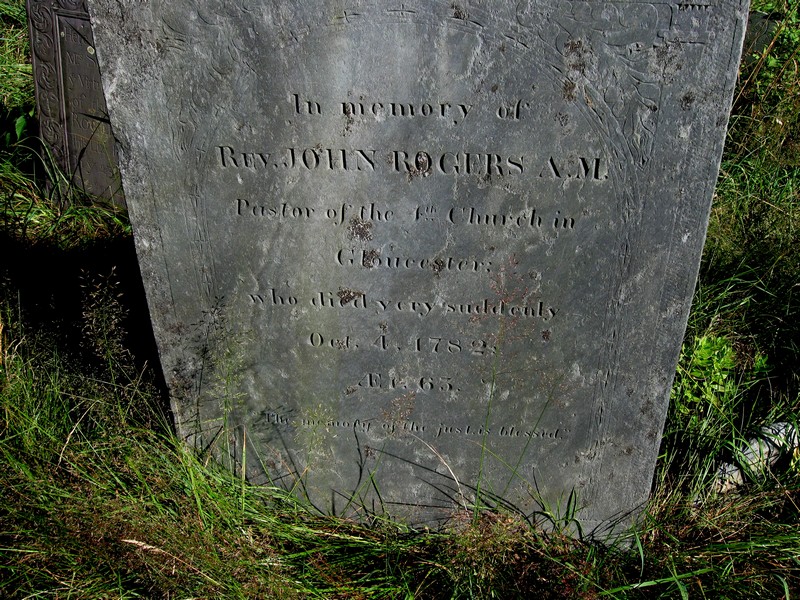 A next step to confirm this would be to identify where he studied, and see if any records survive regarding his education.

There is a John Rogers (recorded Johannes) who graduated with a Master's from Harvard University in 1767, which would be a good possibility. See Index of Harvard graduates in the classes of 1642-1772 (see page 73):

Not the answer you're looking for? Browse other questions tagged death-records massachusetts 1820s abbreviations or ask your own question.

3
How can I find a more specific date of death than that given on a headstone in the US before the 1800s?
8
What were the rules about Massachusetts town marriage intentions ca 1811?
6
What kind of a place name or institution is 'Mansfield Statutes'?
4
If widow remarries, do English records ca 1820 show maiden name?
5
Is Unregistered Death possible after 1900 in U.S.?
3
What does the date in the Social Security Applications and Claims Index really show?
2
Locating case records after death in Valencia, Spain