I cannot make out first word in cause of death right before “intestinal obstruction” also the contributor line. Can anyone read it? 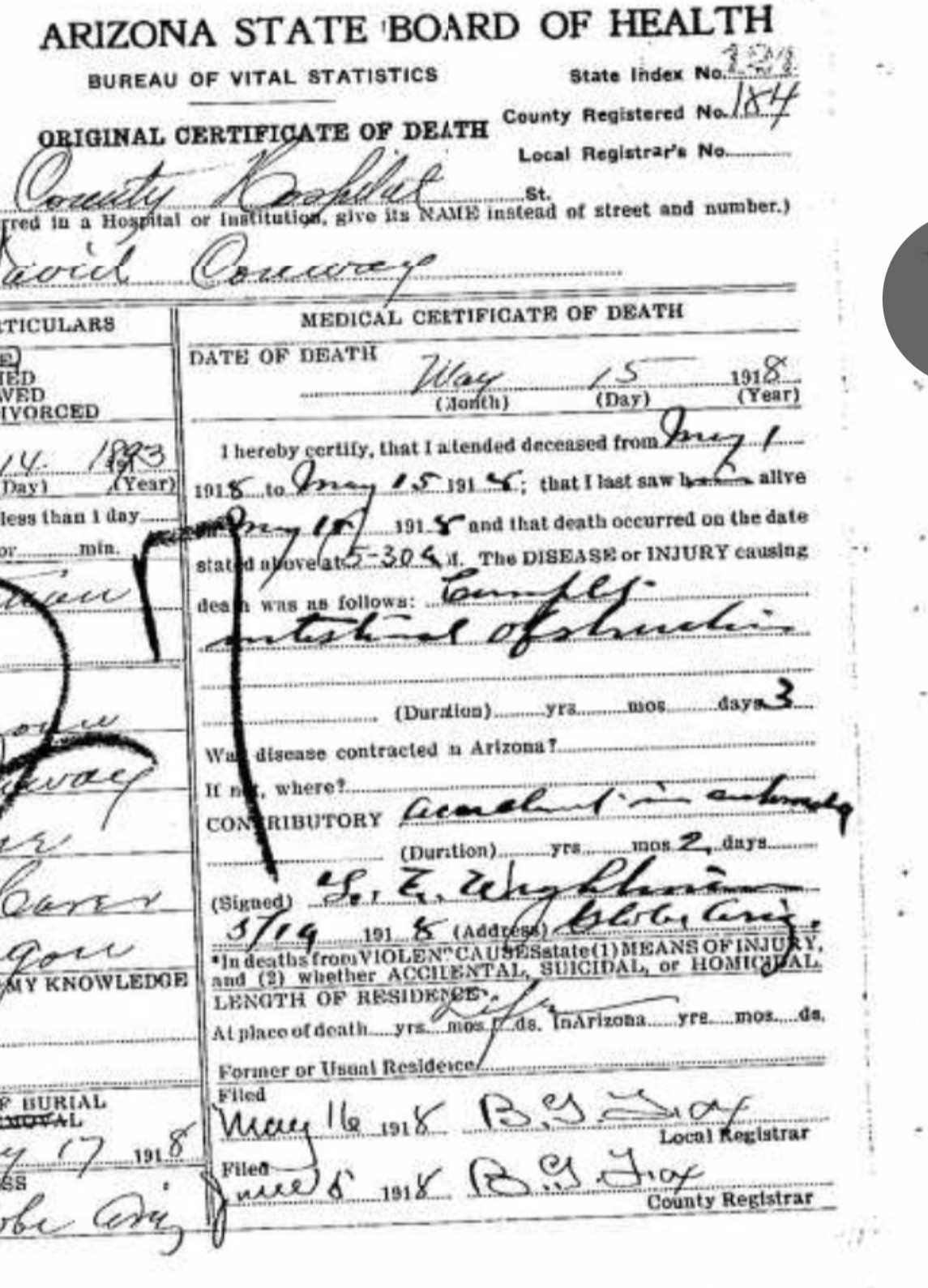 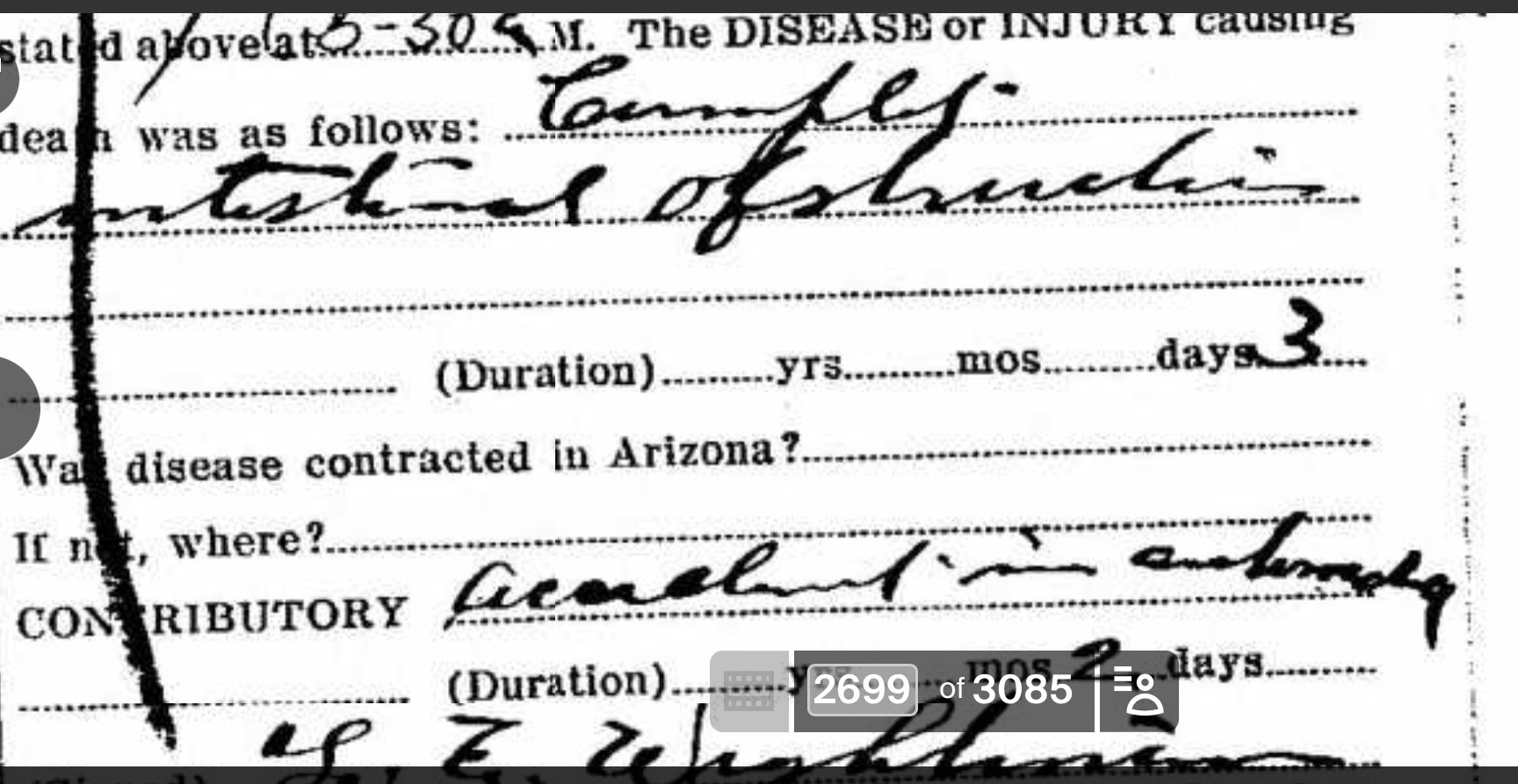 Either Complex (as suggested by sempaiscuba) or Complete (with a poorly formed final e) intestinal obstruction. The doctor's e's are not very well formed so it could be either. I think I would tend to favour Complete as the t is very similar to the others in the excerpt. It doesn't really change the interpretation either way.

The contributory is a bit more challenging. I think it is: "Accident in automobile". It says duration 2 months, so possibly trauma from the accident led to stricture formation in the intestine, which may have resulted in the obstruction and probably ultimately intestinal perforation and death. This is just conjecture.

I imagine an autopsy would have been done in this case. It would be worth exploring if any records may have survived.

Another avenue to pursue would be newspapers. The accident was probably reported at the time, so check local newspapers around two months before death to see if that makes anything clearer.

Just found the following newspaper article transcribed on FindAGrave which confirms the automobile accident. It looks like the intestinal obstruction was due to surgical complications from appendicitis (not a traumatic stricture as I had guessed).

David Conway, one of Gila county's most promising young men, passed away at the county hospital Wednesday morning, after three months spent almost continuously under the care of a physician. The young man was taken sick with pneumonia about three months ago, and for several days attending physicians held no hope for his recovery. Expert care and medical aid given young Conway, nursed him back to health and he was removed to his home. He was advised to seek outdoor life and the young man took to automobile riding in order to regain his health.

On one of his first outdoor trips, he was caught in an automobile accident, which caused him to again be taken to the hospital for treatment. During his stay in the hospital, the attending physicians were unable to agree as to where the man was injured, but he apparently recovered from the effects of the accident and was about to leave the hospital when he was taken ill with appendicitis, for which he underwent an operation. Again the young man regained strength and was about to be taken home, when illness overtook him. He underwent a second operation, for internal trouble, but never recovered from its effects, dying at the hospital last Wednesday morning.